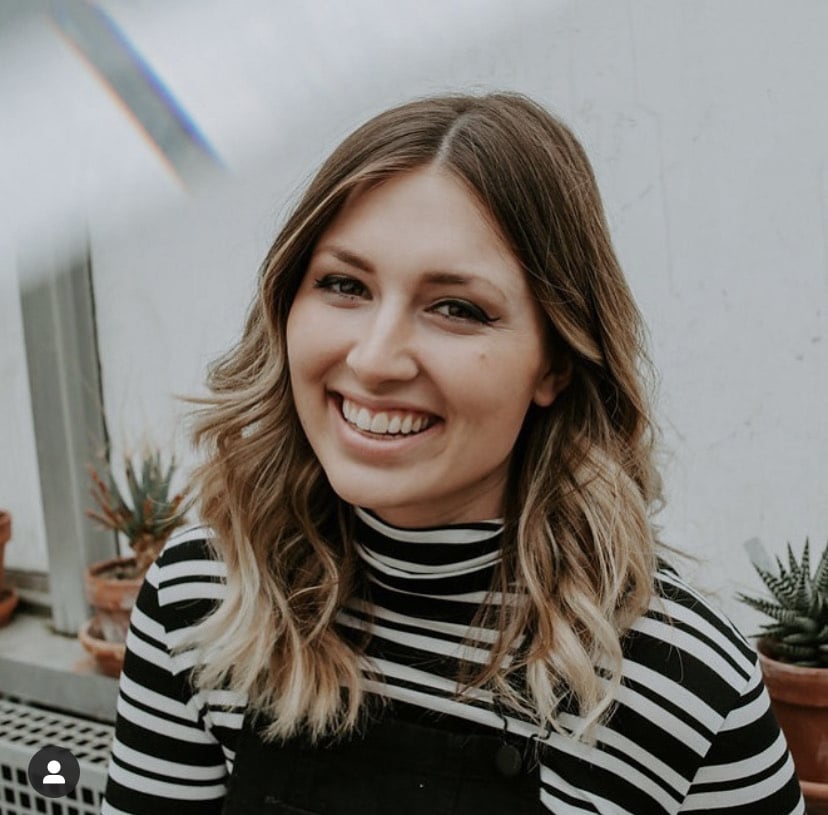 Kelsey Vander Vliet Ranyard realised she was pregnant after returning home from college to Indiana in 2015. Although Kelsey had always dreamed of moving to Los Angeles, she knew that she needed to put her child first, so early on in her pregnancy, Kelsey decided to place her son up for adoption so that he'd be in the best care. Now, years later, she's not only sharing her story but is working to support other birth moms through her podcast, Twisted Sisterhood.

"I was left alone very early on in the pregnancy because the man I was in a relationship with wasn't interested in parenting," Kelsey told POPSUGAR. "It was a very weird thing to go through a pregnancy alone, just because I felt it was very natural to be with your partner, or at least have someone else there. My pregnancy was a struggle. I lost my job because I had morning sickness all day."

Because she didn't have a solid support system, Kelsey decided to place her son up for adoption. Although she couldn't take care of her baby herself, she still wanted the best for him.

"I decided on adoption, and I stuck to my guns. That's just my personality. No one really asked if I was sure, so I just stuck with the plan," explained Kelsey. "The whole pregnancy was very numb for me. I didn't have a superconnective experience with my pregnancy. I didn't know what it was like to have a baby or what it was like to be a mom. I knew that I couldn't take this baby home. My parents weren't going to let me do that, so I just had to figure it out."

In December 2015, Kelsey met a family she really connected with via an adoption attorney. "We got to know each other, and I really liked them. They felt familiar to me," recalled Kelsey. "I really liked the dad. Of course, that was something, even if I parented, I couldn't provide [my son] with. It was really important to me to find someone who was going to be a good father. My personality was similar to the mom's, and they already had a child. I really wanted my son to grow up with siblings."

"I do get to see him grow up in little snippets, but it is very hard at the same time."

Kelsey gave birth to her son in May 2016, and, fortunately, was able to spend some time with him before giving him to his new family. "The couple came up after I signed my relinquishment papers," she shared. "They came up and had two hours with him while I slept. I was terrified of losing him and saying goodbye, not knowing when I'd see him again. I think I wanted to soak up every minute in the hospital that I could. The time I spent in the hospital with him was the most wonderful couple of days of my entire life."

However, this period of time was also extremely difficult for Kelsey. "It was also tragic because you know this is your last time where your child is yours," she said. "The first hour when they held him up to me was bliss like I've never felt before. It sounds so cliché to say, but you just didn't know you could feel that way about anyone."

Interested in being part of her son's life, Kelsey opted to have an open adoption. While she eventually moved to LA to pursue her law career, she still sees her son regularly.

"We have visits. It's nice because I do get to see him grow up in little snippets, but it's very hard at the same time," she explained. "It's very difficult to leave a visit, and you don't know how long you can be mentally down after the visit, especially in the beginning. The first year is so hard. I remember after my second visit, I was down for months, it was really hard to come back up. The deep depression is really dark."

Because adoption agreements can be changed at any time in most states, the unknown terrifies Kelsey. "When I fly home back to LA, I always cry on the plane," she said. "It's so hard. It's not even just leaving their house because you don't know when you're going to come back; the hardest part is leaving a visit and not knowing if there even will be a next time."

Related:
A Photographer's Photo Series Shows That Adopted Families Come in All Shapes and Sizes

After giving birth, Kelsey was offered a job working for an adoption agency in Indiana, which was a unique and rewarding experience, and then she eventually went on to become a lawyer as she'd planned. In her free time, however, Kelsey has started trying to connect and support other birth mothers via her podcast. Her biggest takeaway? Every birth mom's experience is different.

"Not all of us place our first child up for adoption," she explained. "A lot of times, women are placing their second, or third, or fourth child up for adoption. Placing your first baby is different. But I have friends that have done all of these things. Many people go on to have families, so it's a definitely a unique experience [for each mom]."