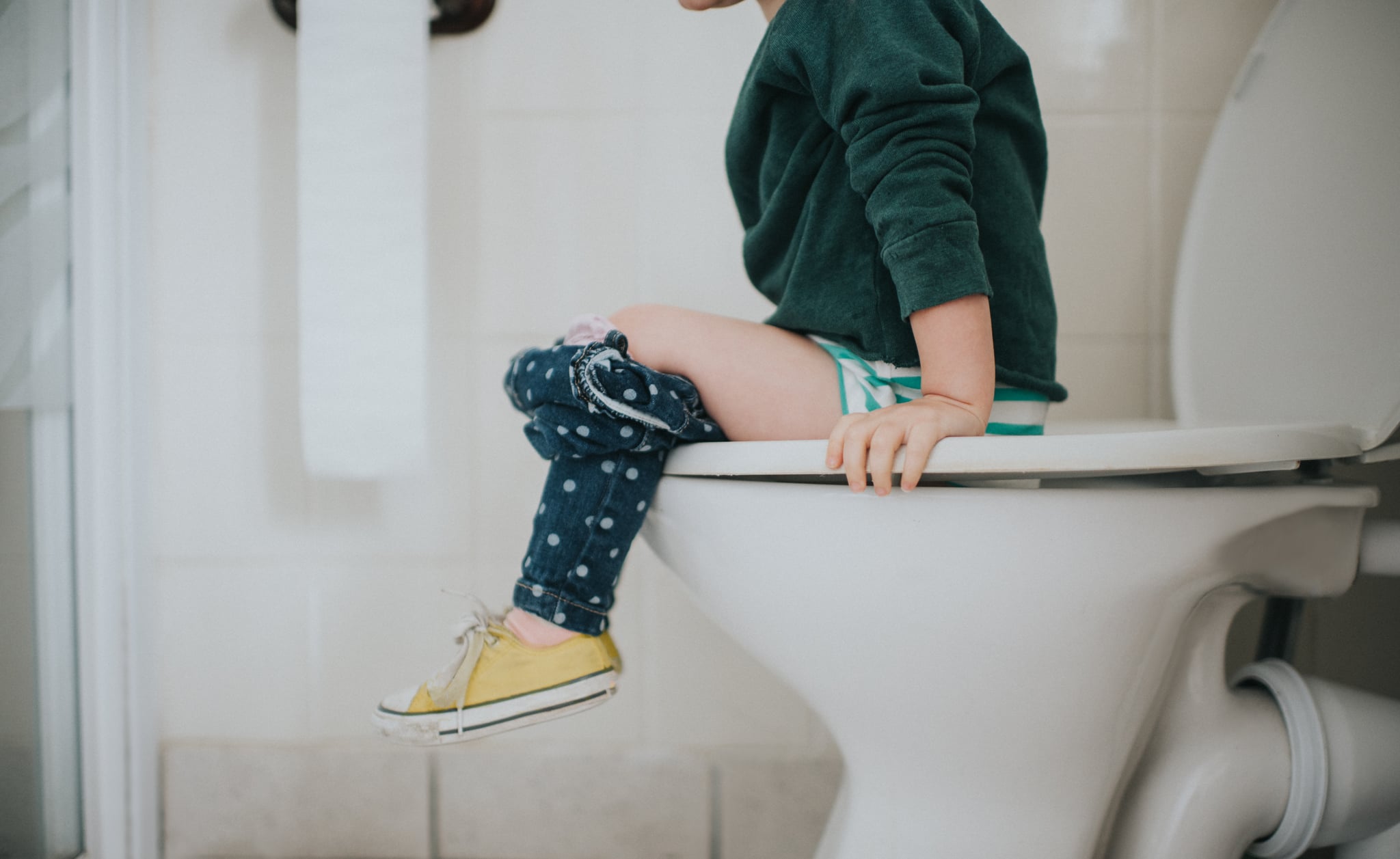 My kids know that I don't like hearing potty words outside of the bathroom, but I hope no one will begrudge me for wanting to talk nonstop about the most exciting thing to hit our toilet bowls all year. No, no, get your mind out of the gutter. I'm referring to bamboo toilet paper.

If you've never heard of it, you aren't alone. It's not something you'll easily find in your local grocery store, especially when TP shortages are still a very recent memory. But, if you've got kids – particularly newly potty-trained ones – in the house, you'll wish you knew about it sooner.

When I first discovered bamboo toilet paper, I gave myself a pass. I had my own poopy problems to deal with, so saving the planet would have to wait until my toddler could, semi-literally, get her sh*t together.

Let me back up. I've long been brand-loyal when it comes to toilet paper – a Charmin Ultra-Strong gal several years running, but when my three-year-old got out of nappies and graduated from the little practice potty, things took a turn. She started wiping with abandon, a thing I was thankful for, but my plumbing was not. At least three times a week, I'd discover a clogged toilet because she over-indulged in toilet paper. I tried to train her in counting just five squares and using that, but unless I was standing guard, there were no guarantees. It got so frustrating that I eventually switched to a flimsy single-ply toilet paper (also known as dollar-store sand paper) in the hopes it'd go down easier, but that presented its own problems. Ever try to wipe a kid's butt with cheap toilet paper? Yeah, not cool. Or sanitary.

When I first discovered that toilet paper was being made out of bamboo, I acknowledged the immense progress from an eco-conscious standpoint, but I gave myself a pass from digging deeper. I had my own poopy problems to deal with, so saving the planet would have to wait until my toddler could, semi-literally, get her sh*t together.

But then I found Reel, a subscription-based tree-free paper company that launched back in 2019 (yet was tailor-made for pandemic-era contact-free delivery). It found such success disrupting the toilet paper market with its 100-percent sustainably sourced bamboo TP that it's debuting a line of paper towels this week. I had to try it.

The day a shipment of Reel's toilet paper arrived at my door, I switched out every roll in the house, and, three months later, my family has never looked back (except when we're wiping . . . sorry, I couldn't resist). 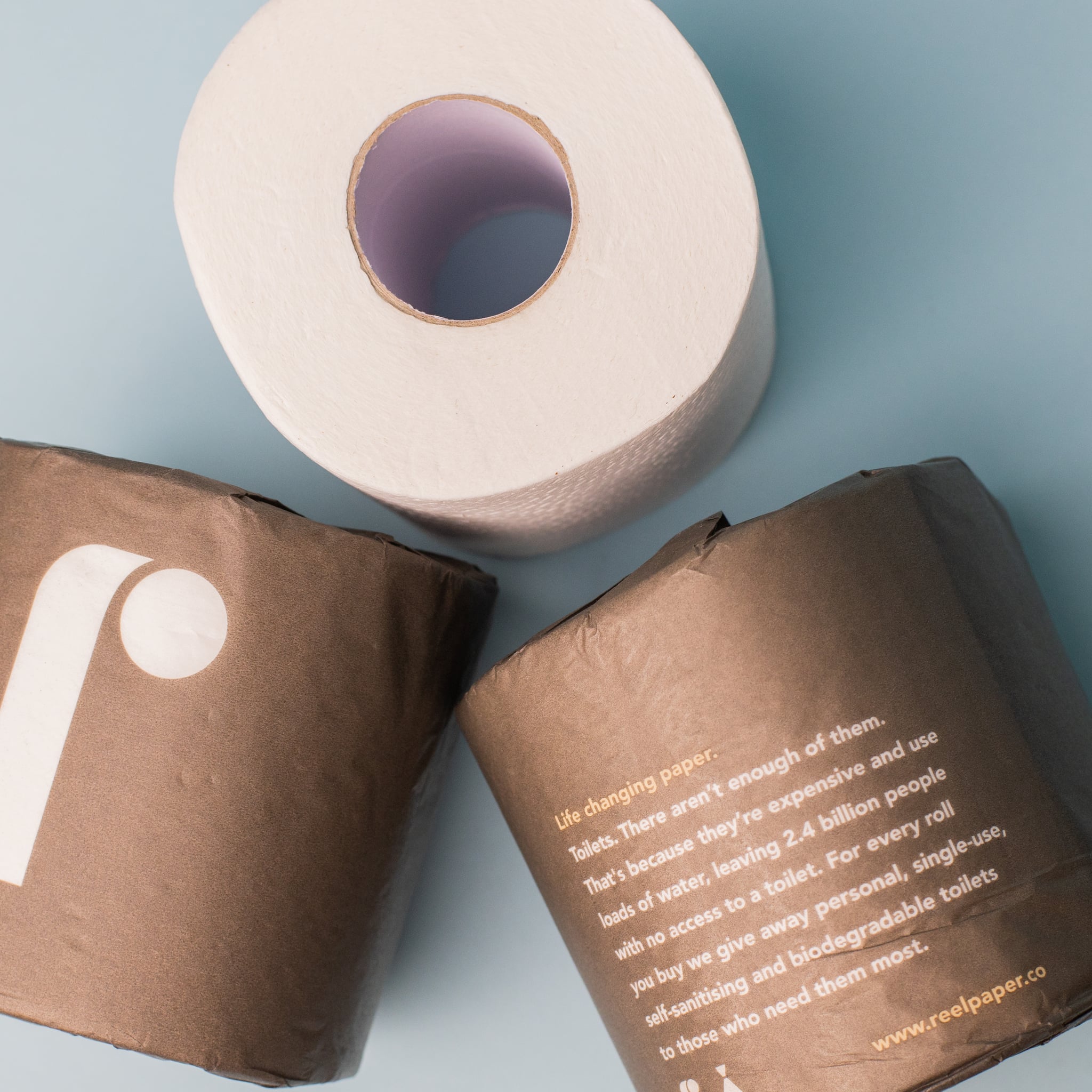 When I first swapped out our traditional TP for Reel, I was concerned it would have a noticeably different feel – that I'd have to relinquish a soft-yet-strong sensation for a more sustainable choice. I kid you not: I sat, eyes closed, stroking a square of both types of toilet paper in each hand for a solid minute trying to discern any reasonable difference. I purposefully didn't say anything to my husband or kids about the switcheroo, and after two days, no one had said a word. No one noticed. When pressed, my partner and I do feel like there's a bit more texture to Reel, but whether that's a pro or a con? We just can't say.

The bigger concern, however, was whether this would solve the potty problems we'd been having: could it be flexible enough to keep our pipes from clogging yet firm enough to handle a full wipe job – through a tiny clenched butt – without tearing?

Go figure, that's what bamboo TP was born to do! Just like my go-to Ultra-Strong TP, Reel has never ripped mid-wipe. But unlike my tough traditional TP, Reel has kept our toilets clog free for months (excluding one incident in which my daughter just threw the entire roll in the bowl, but we can chalk that up to user error). That's because, although all toilet paper will eventually break down in water, bamboo is biodegradable, which means it requires less water to facilitate this process. In short, it dissolves much faster than most TP, even recycled varieties. I never have to fearfully flush an over-stuffed toilet again!

Before researching bamboo products, I had no idea just how renewable the resource truly was. Bamboo is the fastest-growing plant in the world – it can grow up to 35 inches per day, or 1.5 inches per hour. It uses very little land, doesn't require fertilizer or pesticides, and because it grows so quickly, it can be replenished immediately after being used. Compared to trees that are grown, cut down, and made into a paper pulp, bamboo has a much smaller environmental impact for such a high-volume household staple.

And Reel prides itself on no inks, dyes, or BPA, and I like that it's stripped of unnecessary scents. It's also worth noting that the shipment includes plastic-free packageing, even down to the tape. Since Reel launched less than two years ago, it has saved more than two million pounds of lumber and 13 million gallons of water. 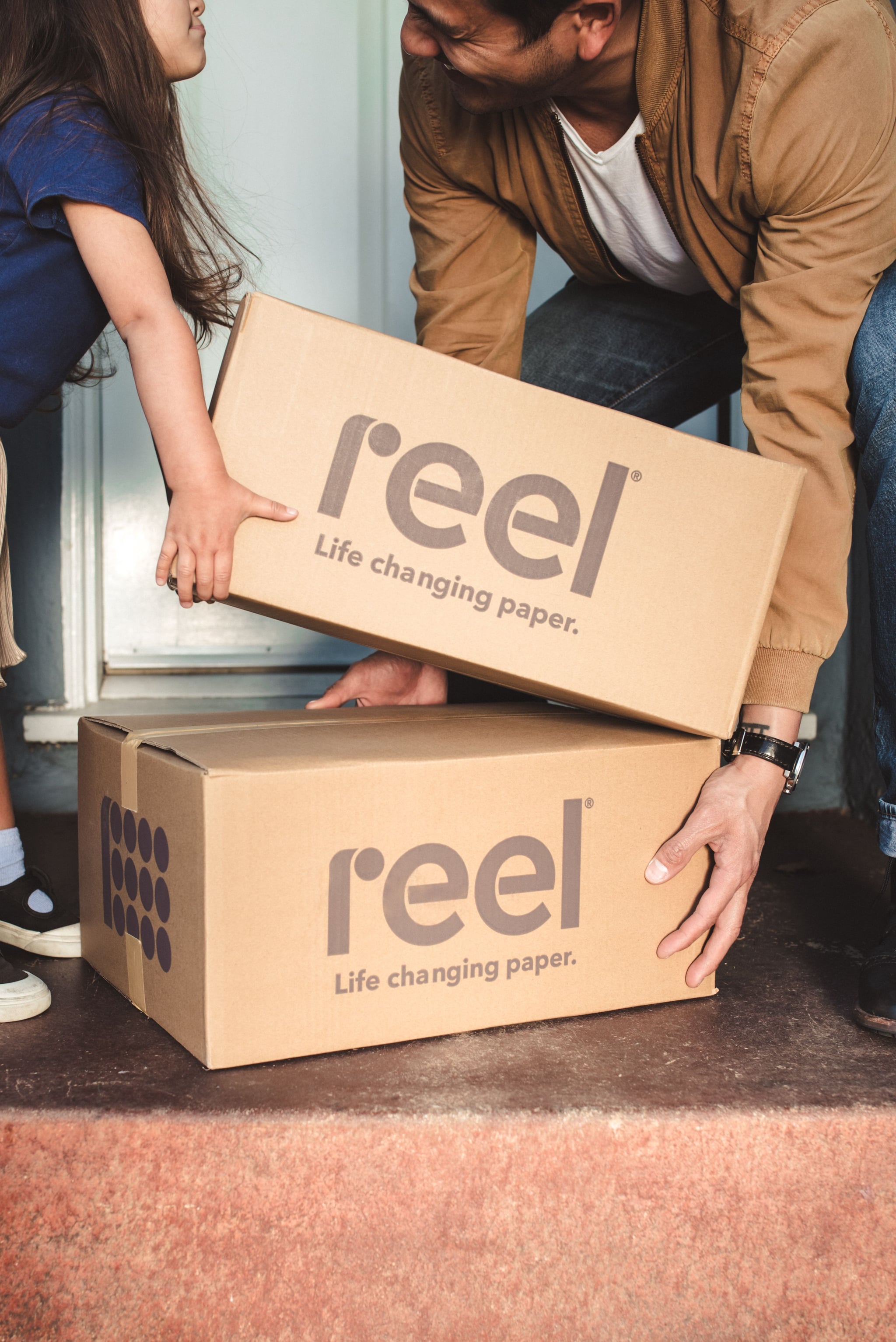 Reel has an impressive carbon footprint (or booty print?), but the company doesn't just focus on the planet – it also aims to help those who inhabit its most impoverished communities. In fact, that was one of the reasons this Black-owned business began. Because toilets are expensive and require so much water, approximately 2.4 billion people around the globe have no access to one. Derin Oyekan, Reel's co-founder, witnessed first-hand how members of the community in his native Nigeria struggled with access to bathrooms.

That's why, with every purchase of Reel, customers can help fund sanitation projects in developing countries that aim to eliminate the threat of illness – from exposure to deadly pathogens and contaminated water – that come from this struggle. Through its partnership with SOIL, Reel has recently helped more than 7,300 people in Haiti gain access to clean sanitation by providing more than 1,200 toilets.

At the end of the day, as much as we don't want to clog our toilets, we also don't want to throw our money down them, either. I was concerned about the investment I'd be making – when I priced it out, it was definitely more expensive than the same amount of traditional TP. Reel costs $1.25 per roll, and the same size roll of my Charmin staple comes out to just under 35 cents. So, whereas a 24-pack of Charmin will set you back less than $9, Reel's box costs $29.

I cut coupons, so that difference was hard to ignore, but I paid close attention to how we used the TP, and it actually takes my family of four longer to get through the same amount of toilet paper than other brands, likely thanks to the fact that Reel is triple-ply and I need less of it to get the (sometimes dirty) job done. A once-serious eight-square situation with my toddler is about half that now. And although Reel recommends a four-person household order a new box every eight weeks, we actually took roughly 12 weeks to get through our inventory. That's just about $9.60 per month, or $2.40 per week. When I looked at it that way, it seemed silly for me – who will order a $6 latte without a second glance – to balk at spending a bit more for something that not only saves my bathroom-related sanity on a daily basis but also helps save the planet. There's really no better value than that. And no easier way to feel at peace with whatever sh*t is going on in your kids' bathroom.

Skin Care
I Tried the Kiehl's Rare Earth Deep Pore Daily Cleanser, and My Sensitive Skin Is Glowing
by Angelica Wilson 22 hours ago 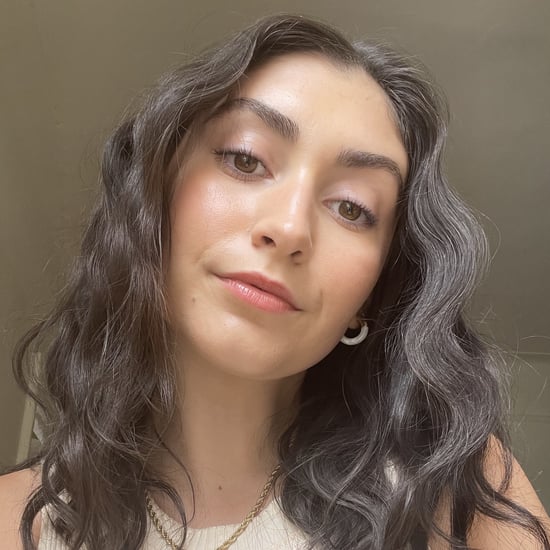