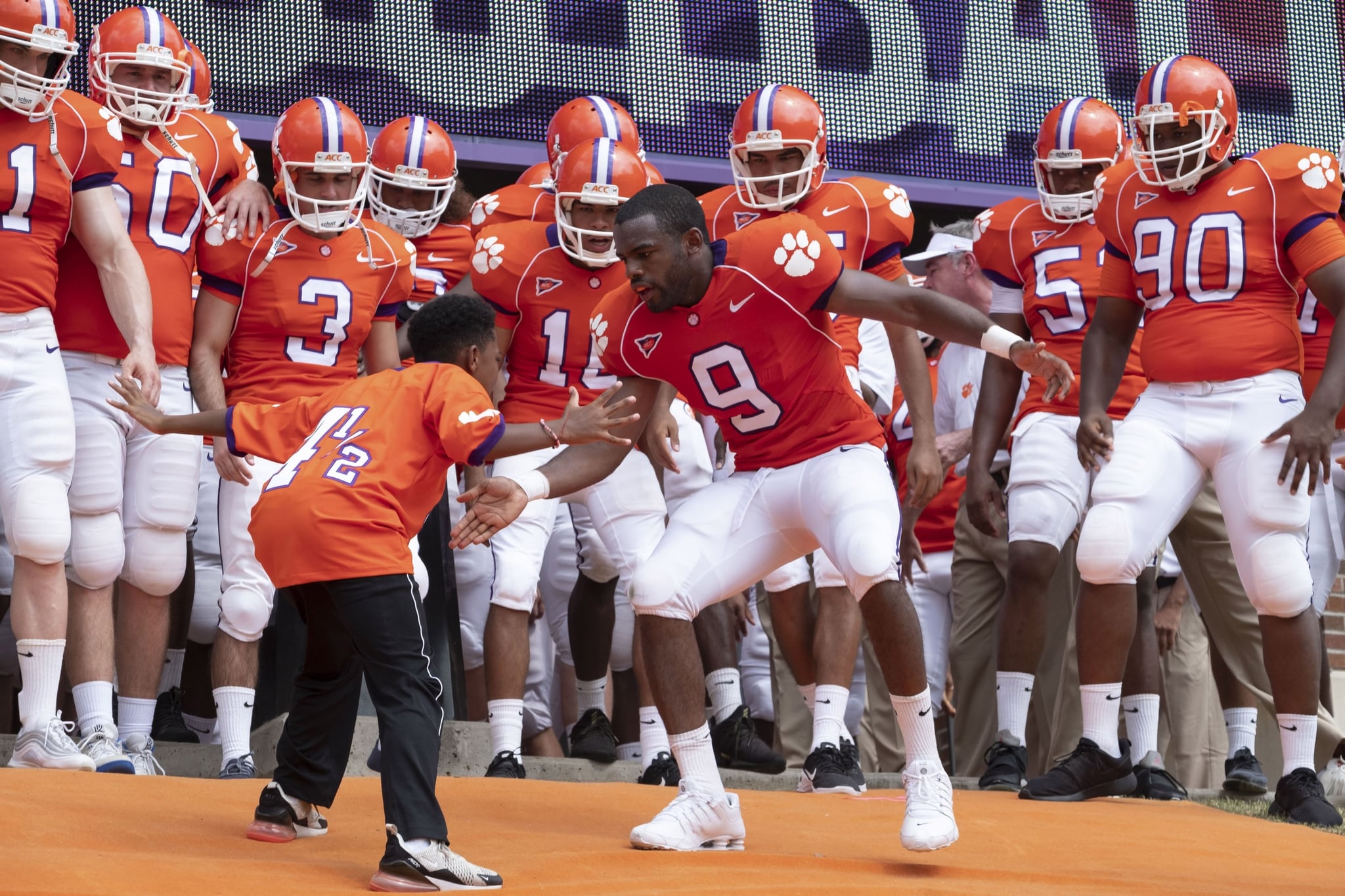 Football movies always makes me cry. They are just so heartwarming! Safety on Disney+, inspired by a true story was no exception. It's inspirational, fun, and full of love. Fans of Remember the Titans and The Blind Side will enjoy this drama.

When Clemson University freshman Ray McElrathbey (Jay Reeves) decides to take in his little brother, Fahmarr (Fay) McElrathbey (Thaddeus J. Mixson) from a complicated home situation, he learns the true value of teamwork, family, and leaning on others during hard times. But while this is definitely a feel-good tearjerker, there are a few elements of the movie that parents might want to be aware of before streaming with their kids.

Although I thoroughly enjoyed this movie, some of the more intense scenes may be a little over their head or distressing for younger viewers. And little kids may completely lose interest. Overall, this was a beautiful movie about the love of two brothers, the strength of one 18-year-old, the loving support of friends and community, and the journey toward success (with a little football thrown in). If you do decide to watch it as a family, it opens the door for important conversations to have with your kids about the harmful effects of drug addiction. Grab your popcorn, press play, and remember: crying, laughing, and cheering are all OK!