Mario Kart-lovers gather round! Super Nintendo World is officially heading to both Universal Studios Orlando and Hollywood. While we've enjoyed every part of Universal Orlando's 2010 installation of The Wizarding World of Harry Potter and love cooling off at Volcano Bay — a waterpark introduced in 2017 — there's something about getting up close and personal with Mario, Luigi, and Toad that is getting us a little extra excited. Although not all of the details have been released just yet, we have a pretty good idea of when each of the two parks will roughly open the new land, and what you can expect to see when you get there.

When Will Super Nintendo World Open in Universal Studios Orlando?

Although Super Nintendo World will be opening in Universal Studios Japan in Spring 2020 (with a whopping price tag of $544 million), the park isn't set to open in Orlando until 2023.

When Will Super Nintendo World Open in Universal Studios Hollywood?

Families on the West Coast can get their fair share of Mario and the gang a little bit earlier than Florida visitors. Super Nintendo World is expected to open at Universal Studios Hollywood in either 2021 or 2022.

Where in the Park Will Super Nintendo World Be Located at Universal Studios Orlando?

According to the Orlando Informer, Super Nintendo World is going to be part of Universal Orlando's fourth park, known as Epic Universe, which is being built on its brand-new South campus.

Related:
25 Instagram Spots at Universal Orlando That Will Take Your Feed on a Wild Ride

Will Super Nintendo World Be Interactive?

One of the largest draws to the park is its ability to give visitors a superimmersive experience using a Power Up Band, which allows guests to use "their arms, hands, and entire bodies as they explore the new area." Like the wands at The Wizarding World of Harry Potter, the bands will have to purchased, rather than rented, at the beginning of your visit. The bands will be available in six colourful styles based on characters Mario, Luigi, Peach, Daisy, Toad, and Yoshi.

In addition to the bands, visitors will get to participate in Key Challenges, where they collect virtual keys as they make their way through the land. Once families collect enough keys, they'll be able to interact with other guests and unlock various upgrades, including "boss battles" — where visitors take on bad guys, like Koopa Jr. — to win a golden mushroom. Anyone who owns a Nintendo Switch will also be able to track their progress via a downloadable app that sends your results straight to your device.

What Rides Will Super Nintendo World Have?

Although we can't be certain as to which rides will be in the two US parks just yet, Universal has already announced two attractions we can expect to see at the Japanese location. The park will largely be centreed on the 1985 game, Super Mario Bros., and there will also be a Mario Kart experience, where visitors use their wristbands to collect coins and compete against each other. Additionally, Yoshi's Adventures — an apparently kid-friendly ride which centres on Mario's BFF — is also in the works, however there aren't any further details at this time. Parents can also expect a slew of Nintendo-themed restaurants and shops chock-full of souvenirs! 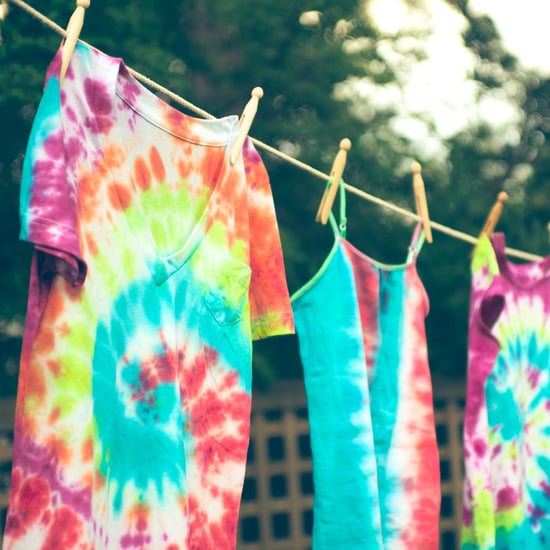 Staying Home
Yes, You Can Tie-Dye With Your Kids Without Trashing the House — Here's How
by Hollee Actman Becker 02/5/20