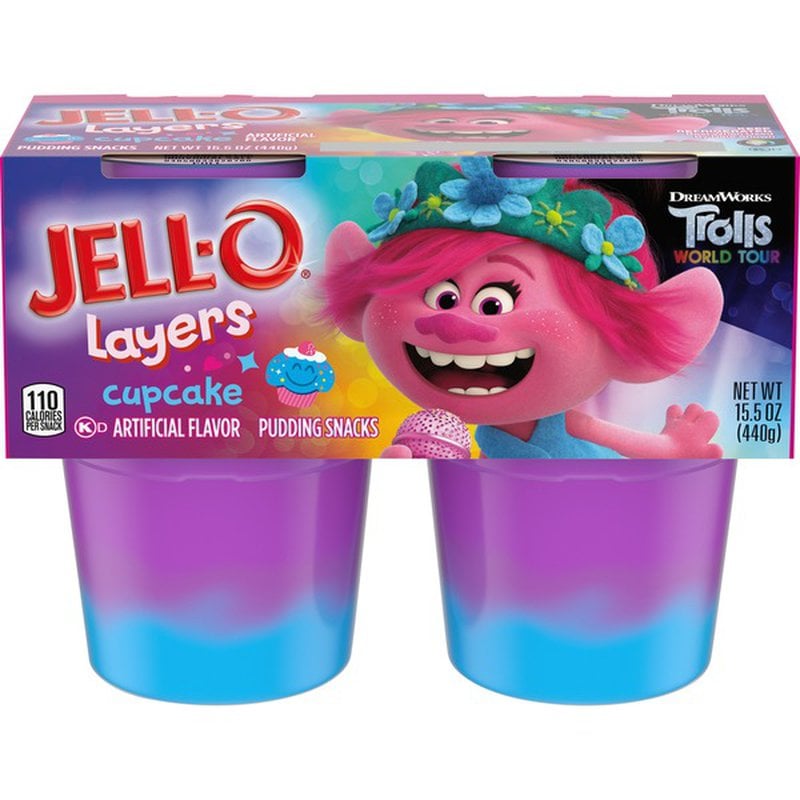 Put down the edible unicorn slime because Jell-O has released Cupcake Layer Pudding Snacks inspired by Trolls World Tour and the colours are absolutely mesmerising. The Trolls-themed dessert, first spotted at Meijer by Instagram user The Junk Food Aisle, features three pink, purple, and blue layers that give the snack an almost iridescent effect, especially when it's coating a spoon — so pretty!

For anyone with dietary sensitivities, the pudding snacks are wheat-free, gluten-free, soy-free, egg-free, peanut-free, and shellfish-free, so even more Trolls fans can have a taste of the multicolored treat. Ahead, add a pack (or two) to your Instacart for $3 each and check out what the colourful pudding snacks look like outside of the package.