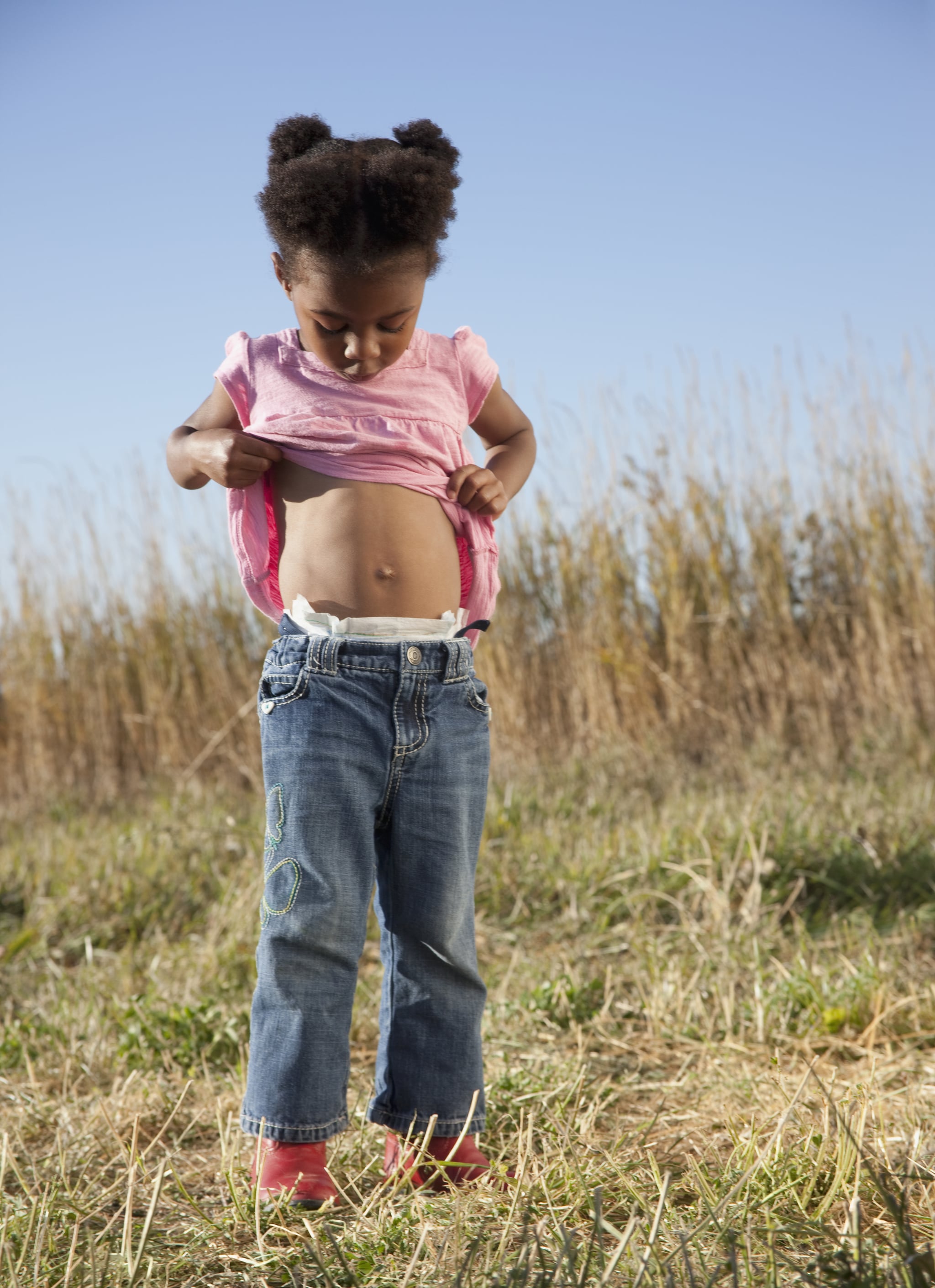 Sure, elbows are nice. Noses are so squishy and cute. And don't get me started on toes — who doesn't love those tiny baby toes? But there's just something about a belly button that is so much fun to my toddler. (The "Belly Button" song from The Big Comfy Couch is now stuck in my head.) My 2-year-old son likes to play with his bully button, put food in his belly button, pull up my shirt to touch my belly button — it's all normal in this house. Why are some toddlers so obsessed with their belly buttons? Since my son giggles at every mention of the words "belly button," I talked to a pediatrician and a psychologist to find out more. Keep reading for their insights.

Related:
My Toddler Loves to Chew on His Toothbrush — So I Asked Dentists to Give Me Tips

Why Do Some Toddlers Like Playing With Their Belly Buttons So Much?

A toddler's belly-button obsession is all about exploring their bodies. "Toddlers like playing and messing with their belly buttons because it is an interesting part of their body," said Nancy Silberman Zwiebach, MS, certified school psychologist and psychotherapist. "Toddler time is an age of exploring. Belly buttons are mysterious. Often, they go in — it's a little tunnel, what goes on in there? Even 'outies' arouse curiosity. And I'm guessing behind or in addition to the exploring, there are questions: 'What is this?' 'Why do I have this?' 'How did it get here?' 'What is it for?'"

Rashmi Jain, MD, founder of BabiesMD, a pediatrician house-call service in Irvine, CA, said obsessive belly-button touching could be a form of self-soothing, similar to pulling hair or picking their noses. "These are mannerisms by which toddlers self-soothe when they might be feeling a little stressed or anxious and are unable to express their emotions at this young age," Dr. Jain told POPSUGAR. "Anything that is reminiscent of innate soothing techniques like sucking, skin stroking, or skin-to-skin contact is something the brain has already determined to be a calming behaviour during infancy, so it is understandable that such a behaviour might make a comeback early in life as a child becomes acclimated to the big world around them."

But rest assured — it's very normal behaviour! "This self-body exploration is absolutely normal and even healthy," Zwiebach told POPSUGAR. "We want our children to be curious and eager to learn about the world. What better place to start than with themselves?"

How Do I Get My Toddler to Stop Playing With Their Belly Button?

If you do want your toddler to stop (like when you're out in public, for example), Dr. Jain recommends finding a distraction. "It is best not to reprimand the toddler or draw attention to the behaviour since, for them, the behaviour is simply a way to calm themselves and make themselves feel good," she said. Instead, try distracting, redirecting, or finding other objects for your child to comfort themselves with. Dr. Jain likes a squishy stress ball or soft Play-Doh. "This might be a better way to keep them from playing with their soft and moist belly button," she said.

Toddler behaviours like playing with their belly buttons should resolve by school age. "While soothing and repetitive behaviours can be normal for toddlers and young children, they usually resolve by 4-6 years of age," Dr. Jain said. "In and of themselves, they're not a reason for concern, unless they're accompanied by a combination of other worrisome behaviours that, when put together, indicate a disorder or syndrome." But like anything else parents are concerned about, it's best to talk to your child's pediatrician about any lingering worries.