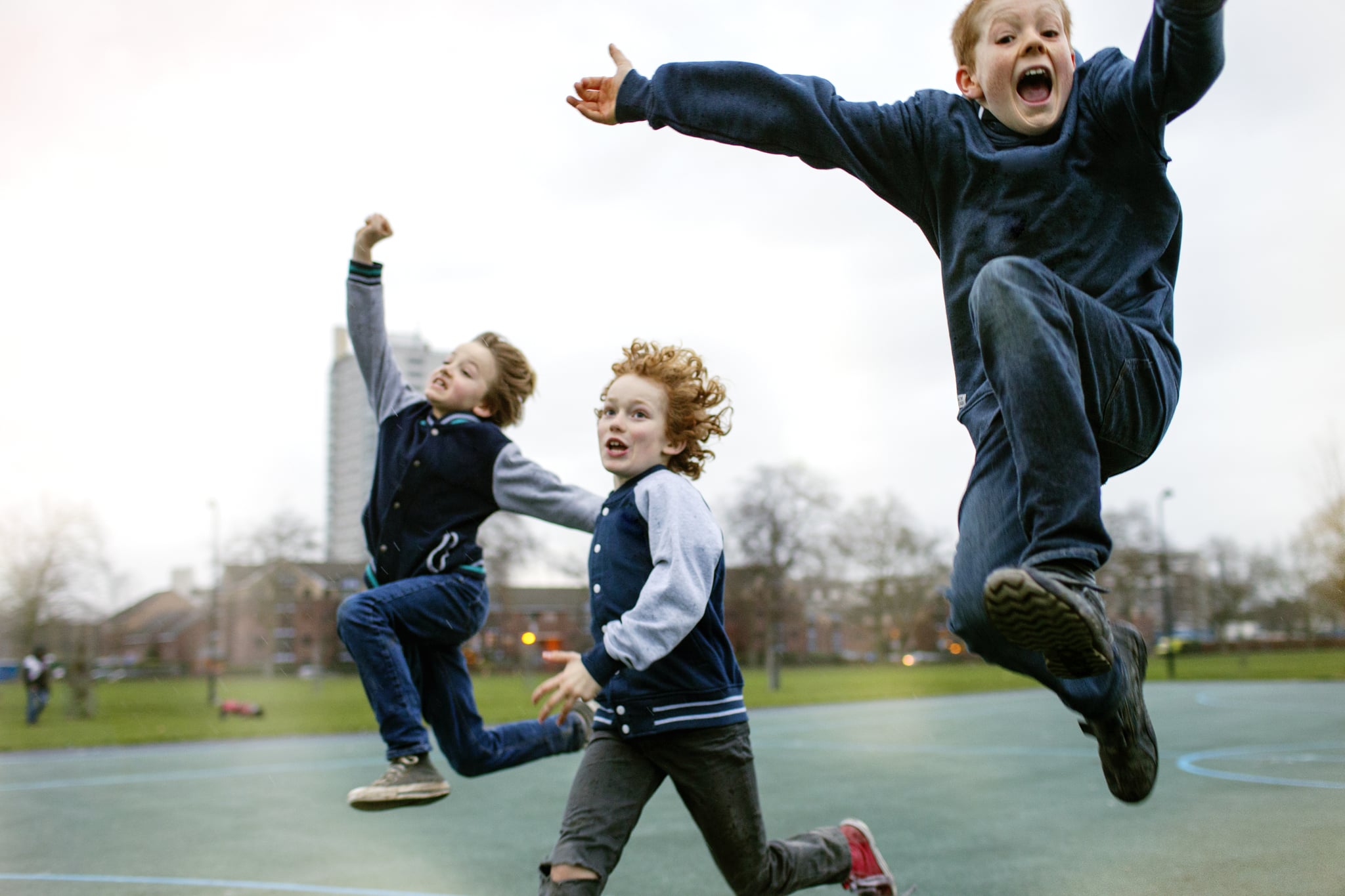 As a mom of a boy and girl in elementary school, I'm finding that it's much more difficult to teach my son to buck gender norms than my daughter. I mean, I was a girl raised in the '90s, and even then, it was perfectly acceptable to be considered a "tomboy." I could wear my brothers' clothes, play whatever sports I wanted, get dirty, and I was widely accepted — even embraced — for those attributes. But my son today? Well, society doesn't want me raising him to be "soft" — whatever that is supposed to mean. And, unfortunately, he hears it.

It seems like wherever we go, my son still hears outdated comments about how young men should behave. I've had friends and family utter phrases like, "Don't cry," or "You need to toughen up." Friends and acquaintances alike have joked by asking him ridiculously gendered questions like, "Do you want a pink tutu for your birthday?" So what if he does? It's astounding to me that people still think like this. What's worse is that he's hearing these from words from people he loves and who love him in return. I wouldn't be surprised if he's thought, "If these people think this is how a boy should behave, then they must be right."

And it doesn't stop there, either. Things seem even more outdated with his peers at school. My son has come home to tell me that a male classmate got made fun of because he's in dance class, or another because he has long hair. I can see that all of this outside chatter is affecting my son. Despite the books we read at home, or the discussions we have, he's beginning to be influenced by those around him.

Related:
Always Going Full-Speed, Not Listening to the Word "No," and Other Reasons Boy Moms Should Listen to Their Gut

My son has mentioned from time to time that he won't play Barbies with his little sister or do another gender-stereotyped activity because it's "too girlie." Sure, he tells me that his favourite colour is pink, but sometimes I feel like he's just saying that to appease me. And I don't blame him sometimes. Humans just want to feel like they belong — especially in elementary school. If everyone else believes a certain thing, he must think that he should, too. So, what am I doing about it?

Persisting. All I can do is keep going. I'll keep reading books like, "Made by Raffi" by Craig Pomranz to teach him against gender stereotypes. I'll continue to have those serious (and sometimes awkward) conversations with him because I want my son to feel free to be any kind of boy he wants to be. But equally as important, I want him to be an advocate for all of his peers — girls who act like what society calls tomboys, boys who prefer to wear their hair long or dance, or anyone who just does things their own way.

Sticking up for classmates is difficult. It requires true bravery, not all of the macho stuff that my son hears at school and beyond. I'm not sure if my son will ever be the bold type who will confront a friend or bully who's picking on someone for gender stereotyping. But at the very least, I hope I raise a son who goes to get help from a parent or a teacher. I try to tell him that being a courageous boy isn't about liking Nerf guns or basketballs, it's about doing what's right and standing up for people who can't.

Raising a son against the stereotypical gender norms isn't easy because much of society isn't on the same page — which I think is a damn shame. But it's something I'm still going to fight for every single day.