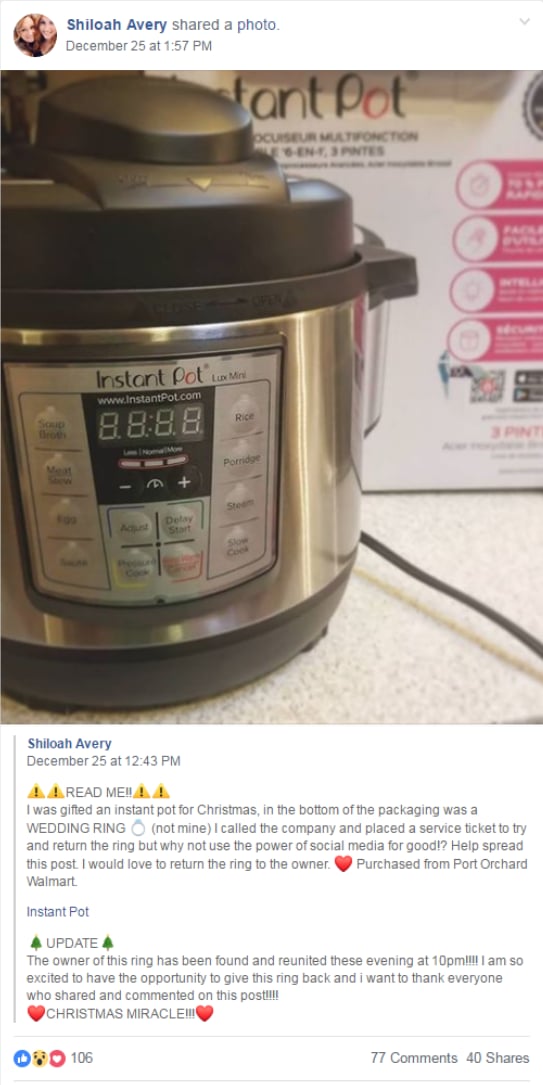 Getting an Instant Pot is exciting enough as it is, but can you imagine your luck when you open up your new pressure cooker's packageing to find a diamond wedding ring inside?

That's precisely what happened to Shiloah Avery when she unwrapped a Christmas present and detected the glimmer of a ring inside the box.

Ever the good Samaritan, Shiloah – who wasn't, in fact, being proposed to, she humourously clarified – was determined to return the ring to its rightful owner.

"I called the company and placed a service ticket to try and return the ring," she said. But not willing to wait for Instant Pot's manufacturer to suss out the situation, she decided to "use the power of social media for good" and posted a message to Facebook about her discovery.

In the post, she noted that the Instant Pot was purchased at a Walmart store in Port Orchard, Washington, and within just a few hours, she heard back from the ring's owner, JoAnn Johnson.

JoAnn, also of Port Orchard, was able to verify the ring was, in fact, hers, by messageing Shiloah a photo of it. 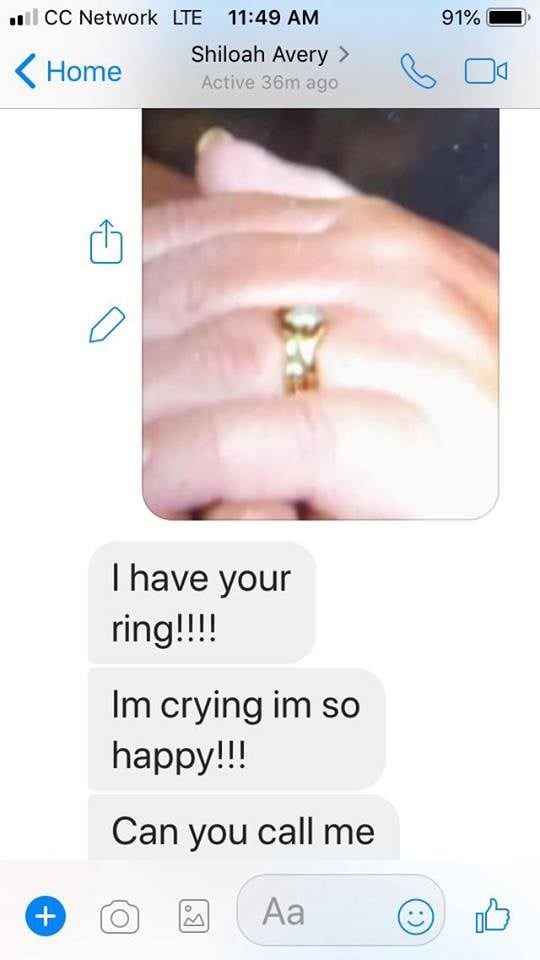 "I have your ring!" Shiloah quickly responded. "I'm crying I'm so happy!"

But how did the ring get into the box in the first place?

JoAnn told Today that she and her husband – who happened to be celebrating their 20th weeding anniversary days after the return of her ring – were shopping for Instant Pots and wanted to see one of the smaller models, but there wasn't one on display, so they opened a box to have a look.

She realised it wasn't on her finger 15 minutes later, but after checking shelves using a flashlight and notifying Walmart's customer service department, they "had totally given up hope of ever finding it."

It certainly was a Christmas miracle . . . brought to us by Instant Pot!