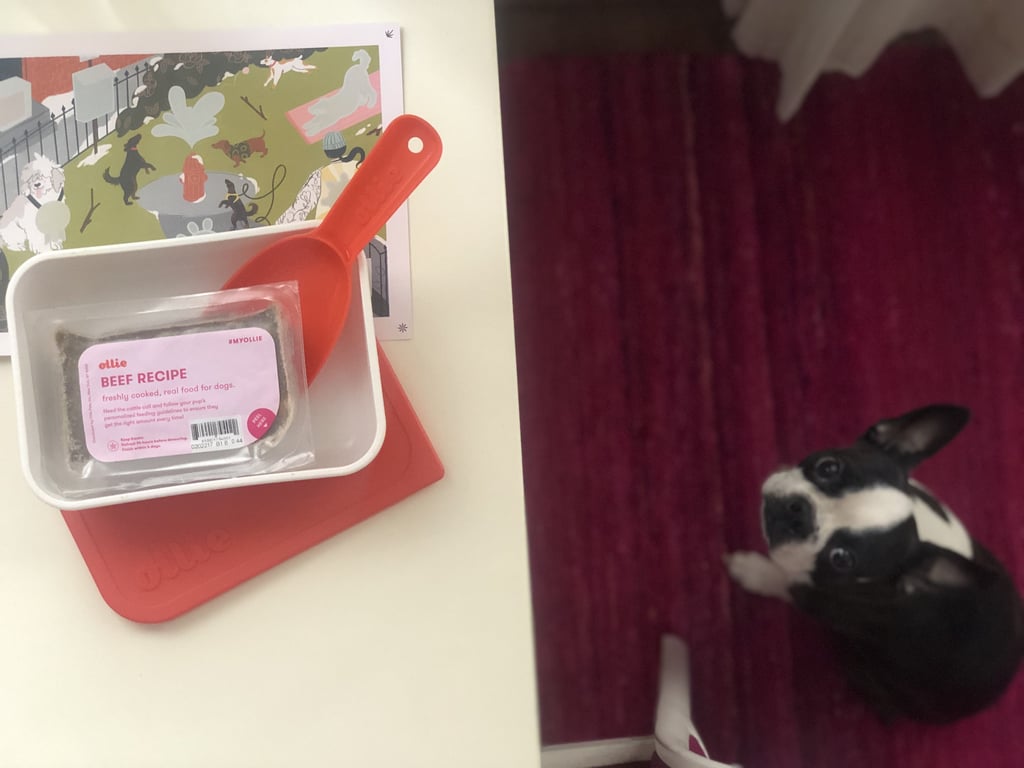 When it comes to food, to call my dog "picky" would be an understatement. In fact, for years, Beau wouldn't even eat in front of me, you know, the person who feeds him.

I would dish out expensive, grain-free kibble before I left for work . . . and I'd return to a full bowl. Shortly after I got home, he would start to eat but, if I stepped foot in the room, he'd promptly stop again. It was as if he didn't want to appear to be enjoying his food just in case I suddenly whipped out a steak (which obviously never happened).

Over the years, I tried a wide-range of packaged pet-food brands and he behaved the same way with them all. Because he was eventually eating, I wasn't that worried, but it still wasn't exactly the reaction I'd ever seen any animal have to mealtime.

Then, a few years ago at Summer Streets, we happened upon a booth for Ollie, a human-grade dog food company that ships right to your house. I was hesitant to have Beau try it as he also has a cute habit of taking a treat from a stranger . . . then promptly spitting it out and walking away. I brought a pack home instead, took it out for his dinner, and the rest is history.

Ahead, learn how he responded to his first taste of Ollie, why we both love it now, and how he acts whenever it's mealtime today (bonus blurry photo and video included).