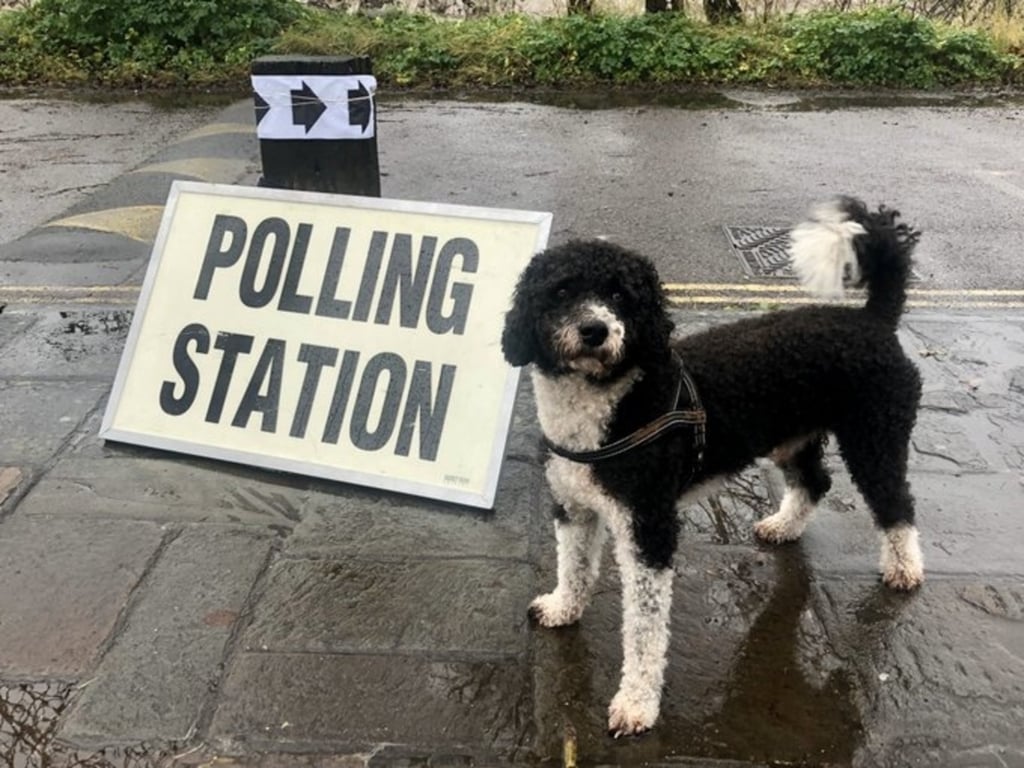 Polling Pups: Cute Doggos Head to the Polls, Wishing For a Pawfect Democracy

#DogsAtPollingStations is the second most important thread trending on Twitter today, after #GeneralElection2019. While most of us headed to the polling stations to cast our ballot in the 2019 UK General Election, some lucky voters got to stand in queue next to their furry friends — and we've found photos of the cutest dogs and pups that were up in the wee hours to have their barks heard.

Until we find out who's the top dog at woofminster, we can't help but scroll endlessly through photos of doggos that are wishing for a pawfect democracy. From defiant dogs standing confidently while waiting for their owners to cast a ballot, to political pugs that, quite honestly, look like cracking candidates, everyone deserves to have their barks heard and their paws accounted for, including some of the most pure and upstanding members of our society — the goodest girls and boys.

Ahead are some the most adorable dogs that are filling our timeline and soothing our election anxieties.

Related:
Not Sure Who to Vote For? Here's a Breakdown of the Key Policies of Each Major Political Party
Previous Next Start Slideshow
Pets

Staying Home
James Corden Hosted a Pet Gala, and Honestly, I'd Watch This Every Year
by Yerin Kim 05/5/20