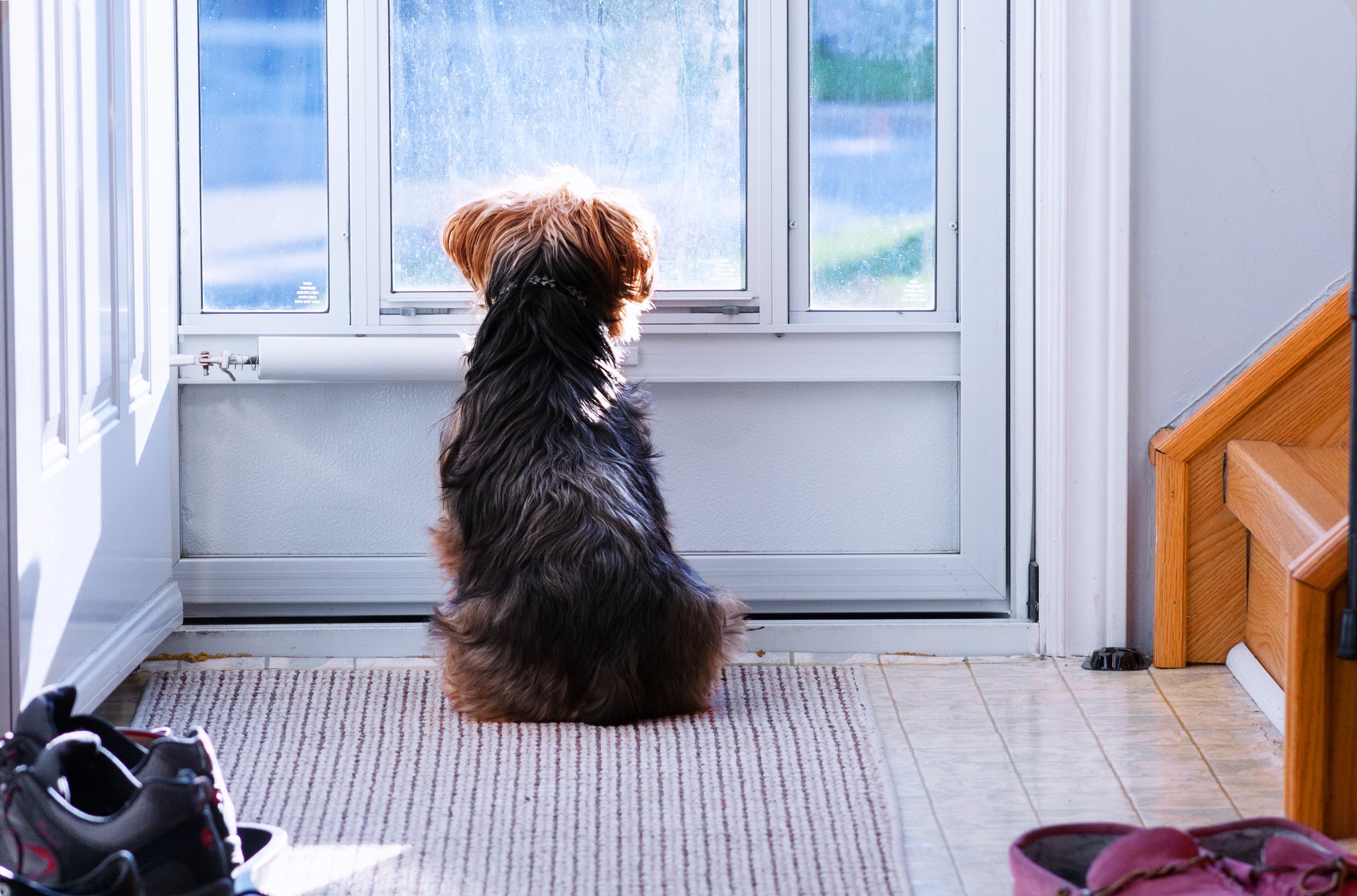 Every day my dog, Audrey, wakes up around 7 a.m., excitedly ready to go outside and then to come in and eat her breakfast. At around 10 a.m. she comes to get me for her mid-morning walk. By 5:45 p.m., she's staring at me, wagging her tail, ready for her dinner. She knows when it's time for my husband to get home from work, when we usually play around the house, and when it's time to hang out and just watch TV. So is my dog a genius or can she tell time? We asked experts for some answers about if dogs can really gauge time. Here's what we know.

Can my dog tell time?

Your dog knows when it's time for food or walks or what time someone usually comes home through a combination of things. It's partly because dogs have a good sense of light change and cycles and smell, which helps them gauge time, and it's partly based off their family's routine.

Unlike cats, dogs are very social pack animals and integrate into our lives and routines very quickly, says Dr. Jason Rabe, DVM, a Los Angeles-based vet with 17 years of experience practicing. "There are probably multiple components to a dog seemingly knowing it is time to eat—their feeling of hunger, the routine of the owner, as well as their circadian rhythm."

"Dogs are also really in tune to their family group's activity periods," adds Will Bruner, a pet behaviourist at Lone Tree Veterinary Medical Centre in Colorado. "My dogs will sleep as long as I sleep, but as soon as I begin to wake or my breathing changes or I shift a little in the bed, they're up. They will follow your family's cues."

Does my dog have an internal clock?

Essentially, yes. Recent studies have shown that dogs likely have internal mechanisms to tell time, explains Dr. Rabe. Again, scientists have attributed that to a combination of light, smells, and routines.

One theory has dogs gauging time in a similar fashion to humans, using an internal pacemaker mechanism. "Like most animals, dogs also are heavily influenced by circadian rhythms, where the amount of daylight influences their daily routines such as their sleep-wake cycles," he says.

Smells also play a part, adds Bruner. "The dog isn't reading a clock as much as it is reading a level of scent in the home," he says. "So when you leave the house, your scent is at one level. As the day goes on, that scent level begins to decrease because you're not there. Dogs are able to detect when a scent gets to a certain point, and they will get up and go wait by the door."

"I think it's something we've taught them to do with our routines," she says. "I don't think out in the wild a wolf knows it's lunchtime or that their leader of the pack is coming home. In part, I think there's an internal clock that we've kind of created."

Are there benefits or downsides to my dog having an internal clock?

The short answer is yes to both. Like humans, dogs benefit from and enjoy having routines and structure. For dogs with anxiety, especially, a routine comforts them and brings them the stability they need.

At the same time, most well-adjusted dogs like challenges, whether it means you walk a different route or you have playtime, says Bruner. "If you're only very rigid on your routines, your dog is going to have a harder time accepting changes to those," he says. "If you provide a little variance in the routine, your dog will accept those changes better."