Some dogs dress in cutesy Halloween costumes inspired by innocent movie characters like Paddington Bear and Buddy the Elf. But Reggie the French Bulldog went a bit of a different route this year by dressing as Chucky, the murderous doll from the Child's Play film franchise — and holy smokes, did he slay it (pun intended).

A Frenchie from Scotland, Reggie got in the Halloween spirit early this year by mimicking the creepy serial-killing character to a freakin' T. His costume featured a red-and-white striped shirt and overalls that read "Good Dogs" rather than "Good Guys," and it even had attached arms, one of which held a bloodied foam knife. Oh, and get a load of that disheveled orange wig! I mean, does it get any funnier than dogs wearing wigs? Reggie's owner really painted the scene by setting up a fake-blood-splattered warning sign behind him.

Kudos to you, Reggie, for being a great sport and fueling our Halloween dog costume obsession.

Buy the Exact Chucky Costume For Your Pup Here: 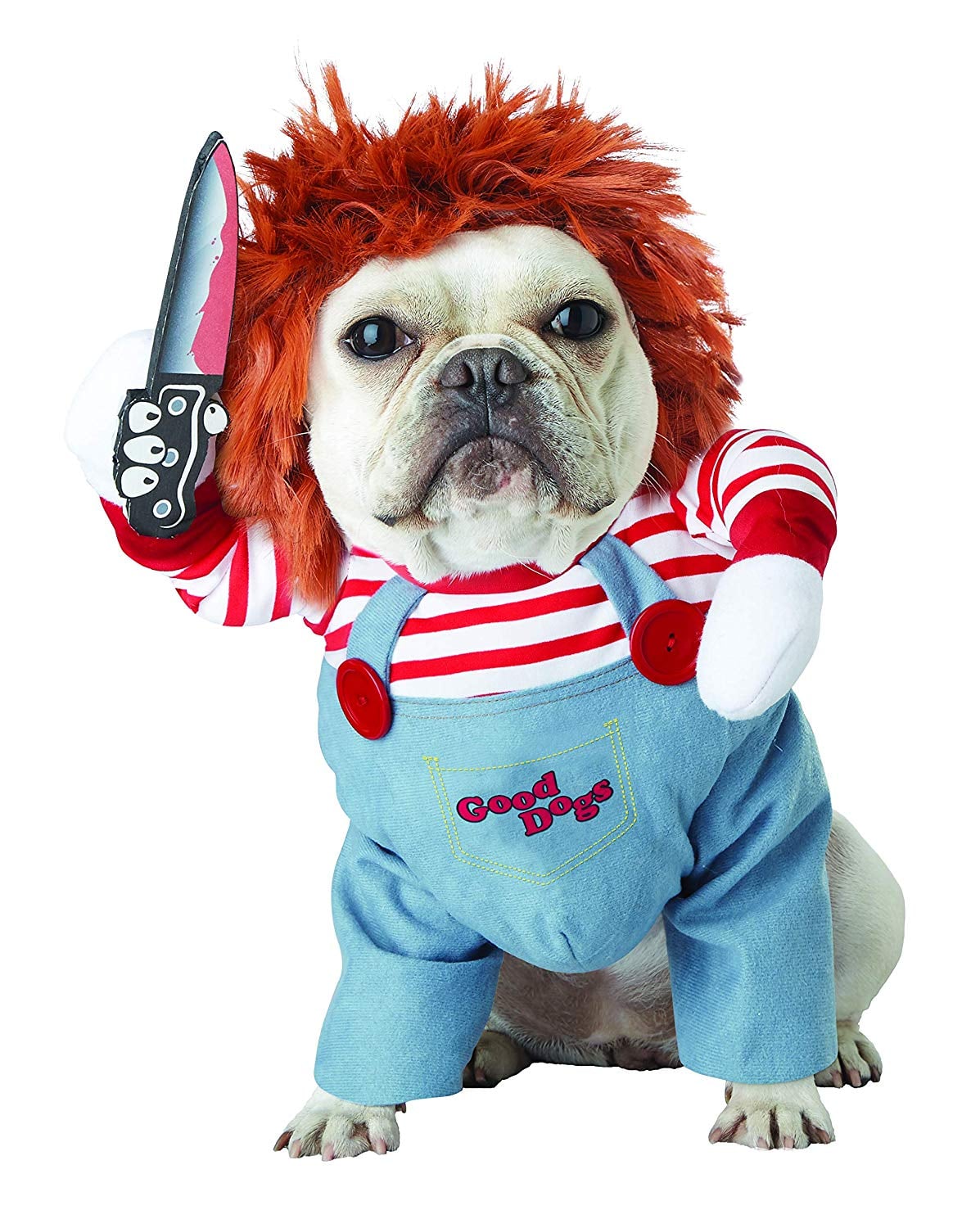 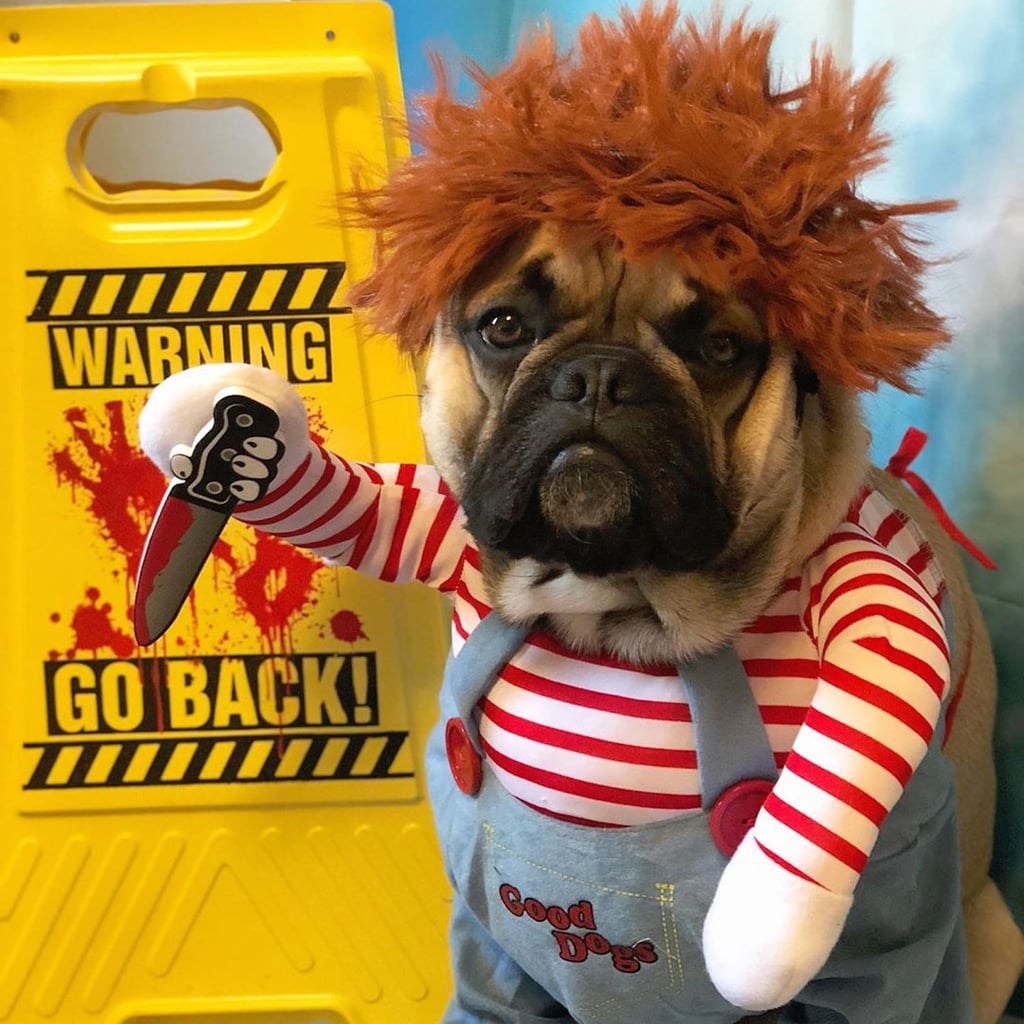