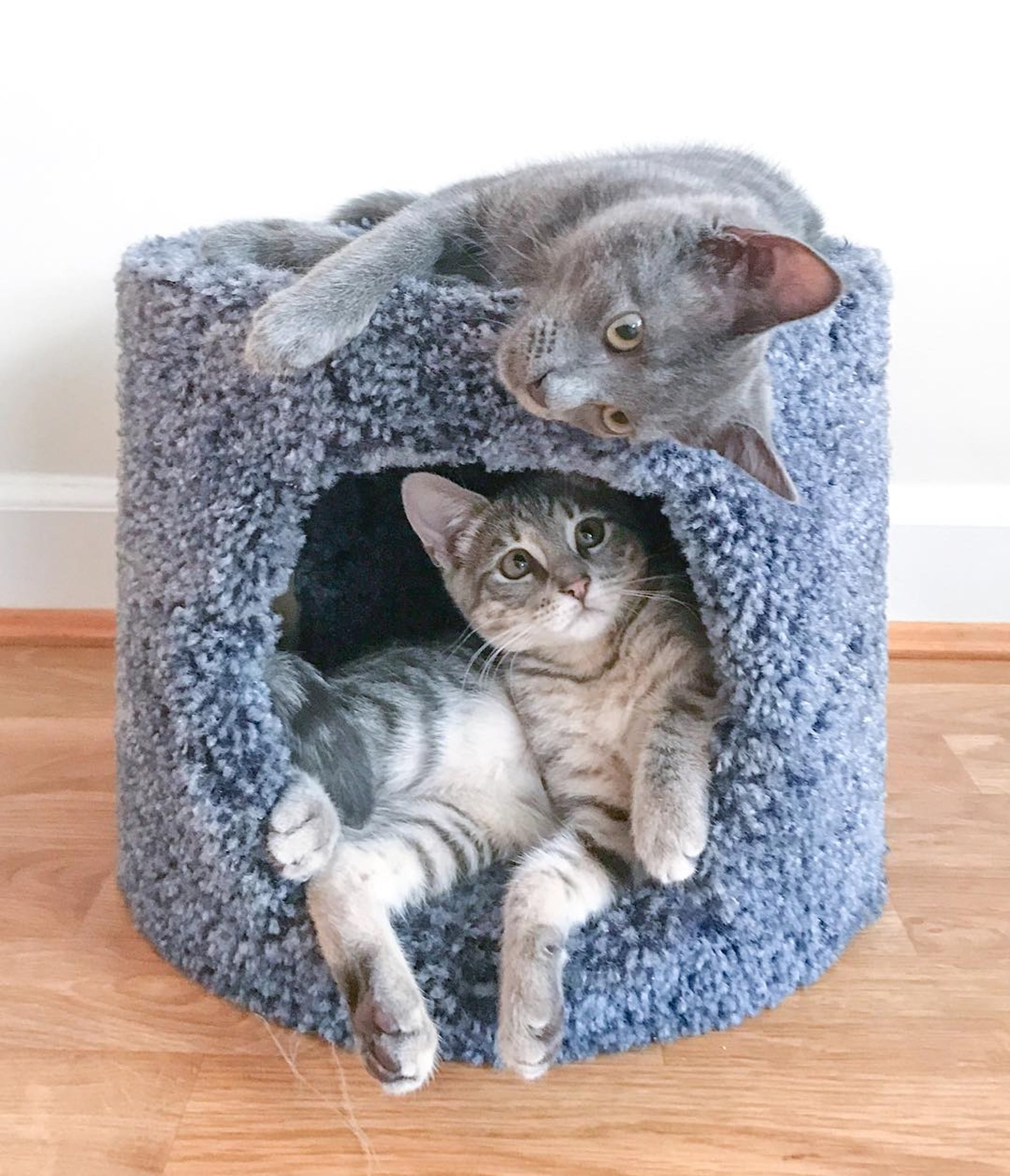 After spending 27 years as a dog person, I became a cat mom to two kittens literally overnight, and not too shortly after, a crazy cat lady who wears clothes that say "Cat Person." The transition was one of the smoothest of my life, and I regret absolutely nothing, despite always assuming I'd only ever end up with a dog or two "when I grew up" — in fact, adopting both of my babies at once was the best pet-owner decision I've ever made.

To back up, before Grey and Swayze (named, of course, after Dirty Dancing's Patrick Swayze and Jennifer Grey) came into my and my fiancé Matt's life, we were just about to move into a tiny co-op building that doesn't allow dogs on the property, let alone inside its apartments. Because of this fact, I mentioned to my fiancé that a cat named Catrick Swayze had become a then-newfound dream of mine, so we decided we'd go to a shelter and find our guy once we were settled in our new place. Then, we saw on a friend's Instagram Stories that his parents had found a litter of baby cats in their backyard with umbilical cords attached and eyes closed, and their mom hadn't come back for them in nearly two days.

For the next couples weeks, the three little newborns were bottle-fed and slowly become competent kittens in the comfort of our friend's home. Almost immediately, the male cat was claimed by a family member, and it looked like one of the girls was going to stay with our friend's family. And when we finally met them all at about four weeks old, I fell in love with the striped baby girl who now lives in our home and goes by Grey. And that was all three accounted for.

Related:
This Genius Litter Box From Amazon Is a Godsend For Apartment Dwellers 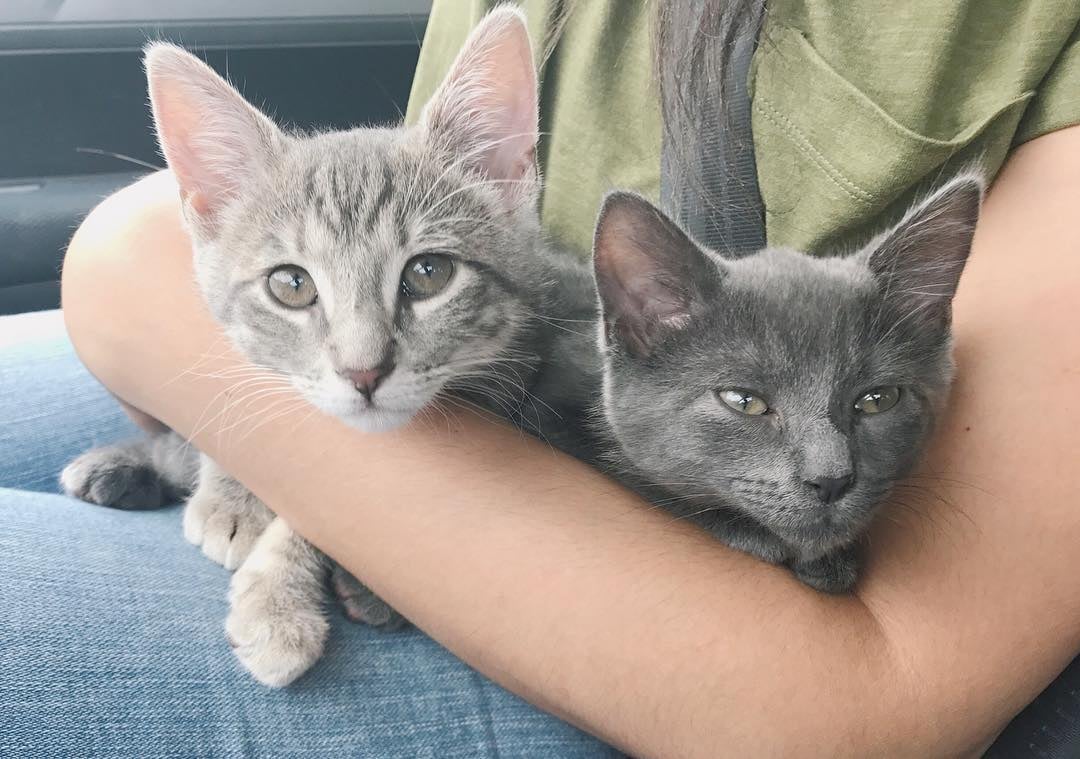 However, I couldn't get out of my head that I wanted a cat named Catrick Swayze, and thought, maybe we could call this one Grey — ahem, Jennipurr Grey — and if we wanted to adopt another cat, we could get a Swayze way down the line, once Grey was older.

Nearly three years later, I can say with certainty that adopting both of them at the same time, instead of just one as planned, was the best decision we've ever made.

But as most things in life, it didn't quite go that way. Two weeks later, our friend, who was taking care of Grey for us while we closed on our apartment, mentioned that they weren't going to be able to keep the second baby girl, a dark grey cat who was being called "Captain," after all — she'd be going to the local shelter. Ever the emotional decision-maker, I decided on the spot that there was no way we'd separate these sisters if it meant not knowing where Captain would end up. And just like that, we got our Swayze.

Nearly three years later, I can say with certainty that adopting both of them at the same time, instead of just one as planned, was the best decision we've ever made. Plenty of people have more than one pet at once, sure, but many people stagger adoptions so as not to completely overwhelm themselves; but apparently, not us! (I'm trying to convince Matt that we need to adopt two dogs at once when we move into a house, but that's going less well for me at present.)

Thinking about adopting a pet or two, or just wondering what it's been like being mom to two sweet furry angel assh*les with the same birthday? Keep reading for all the reasons I'm glad that we took the plunge and adopted two cats at the same time.

Related:
13 Simple Things You Can Do to Show Your Pet You Love Them

Reasons I'm Glad I Adopted 2 Cats at the Same Time

TL;DR: adopt two cats, then email photos of them to me. Please and thank you. 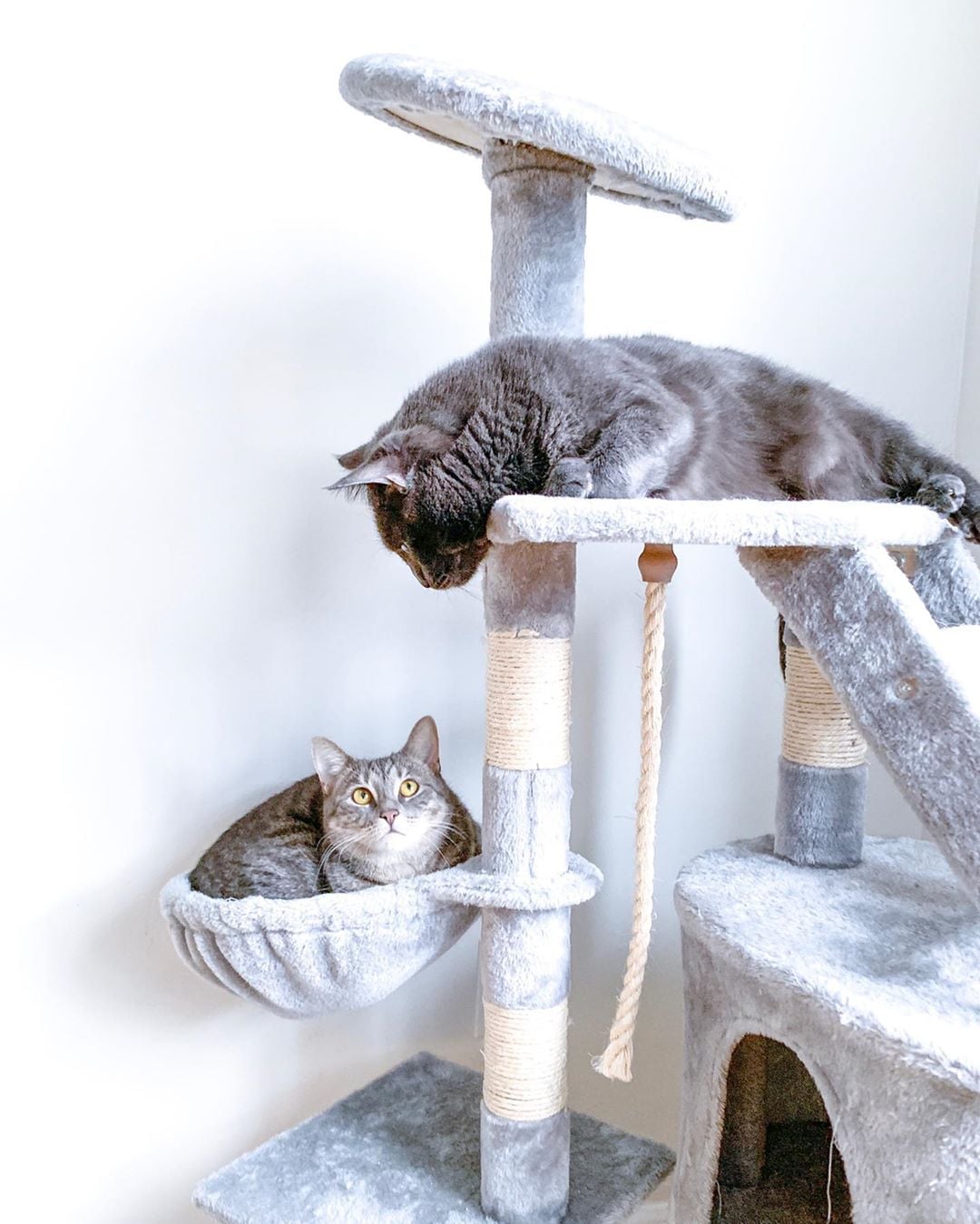