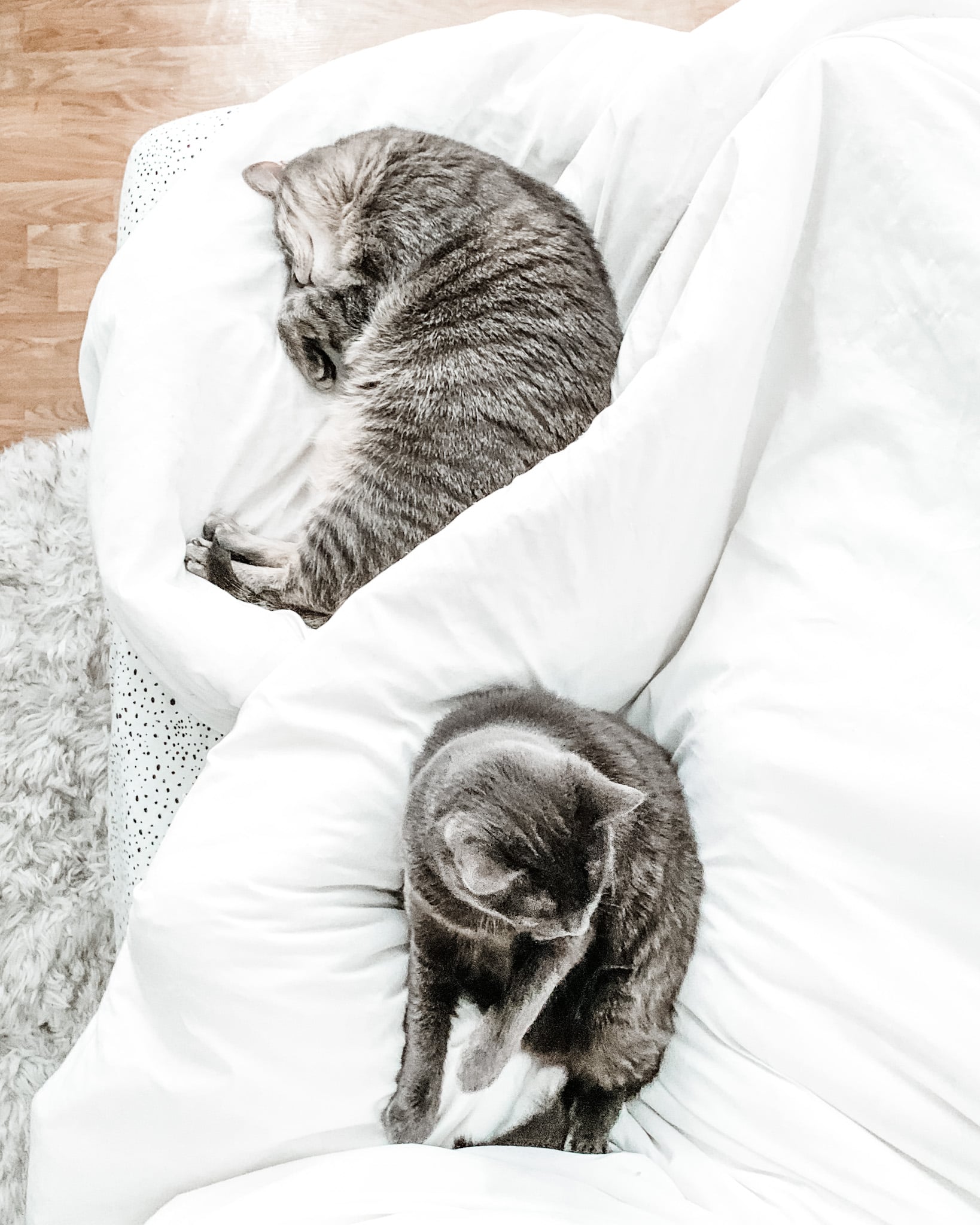 At the onset of the pandemic, once I was home 24/7, I noticed that both of my cats quickly became more snuggly than they'd ever been before. And while they now more consistently cosy up to my husband and me while we sit on the couch and watch TV every night, their nighttime sleep habits haven't changed — they take turns sleeping at the end of the bed and on my feet only. Feeling greedy over getting the extra love during waking hours, I was curious as to why neither cat would choose to lay across our legs or curl up on our chests in bed like they now do on the couch.

To figure out more about my cats' behaviours and preferences, I reached out to Erin Askeland, Animal Health and Behaviour Consultant for Camp Bow Wow, and found that the various reasons are mostly based on instinct and are all kind of sweet (except for one that is just so typical cat).

Related:
This Kitten Got Starbucks Whipped Cream to Celebrate Being Adopted and Went Absolutely HAM

Why Do Cats Sleep at the End of the Bed?

Erin says that while cuddling with their humans during the day "allows a cat to enjoy the attention and proximity with less vulnerability," the overnight hours are much different in the minds of a feline.

"When a cat goes to sleep, their guard is lowered and they're aware that they're more vulnerable, so often cats may choose to sleep at the foot of the bed for security and safety, to alert you if they sense a threat, and to protect you," Erin told POPSUGAR. "The foot of the bed also provides a quicker escape, which is part of a cat's instincts, whereas at the head of the bed or even within the blankets, that escape route is not as clear. Often the foot of a bed is semi-centreed in a room, so it not only gives the cat a perch and view from higher up, [and a] comfy place to sprawl, but also the ability to move in any direction quickly as needed."

Thinking about what Erin told me, I realised that from the end of the bed on my side, my cats are nearly perfectly centreed in our bedroom and have a clear view out the door (whereas on my husband's side, they'd be much closer to a wall and further from the door). Which may explain why even as I type this at my kitchen counter right outside my bedroom door, one of my sweet angels is asleep at the foot of my side of the bed, where she can directly keep her eye on me in between snoozes.

Related:
Turns Out, Your Cat Has a Pretty Good Reason For Knocking Things Over!

Why Do Cats Sleep on Their Human's Feet?

And while it makes total sense now why a cat would sleep at the end of the bed, I was still curious as to why my cats always have to be on my feet and ankles rather than on the perfectly useable empty mattress space (other than to make it utterly impossible for me to move in my sleep, because rule number one of the Cat Owners' Manual™ says you never, ever move under a sleeping cat).

"While cats may be independent creatures, they are keen on who provides for them and are still quite social. They are aware of who puts down their food, water, and treats, who plays with them, and who gives them attention, so they will seek out that person (or persons) to be near and offer affection in return, or appease you so you continue providing for them," she said, which I thought was a sweet — though appropriately self-serving — notion.

However, Erin completely brought me back to earth with her last note, which for sure tracks: "Cats may also use you simply for your heat! This may be why some cats will move to your head or body during the night and then return to the foot of the bed. As your own body's temperature changes, your cat may move to warmer (or cooler) spots depending on their own needs."

Emphasis on "their own needs," amirite?! 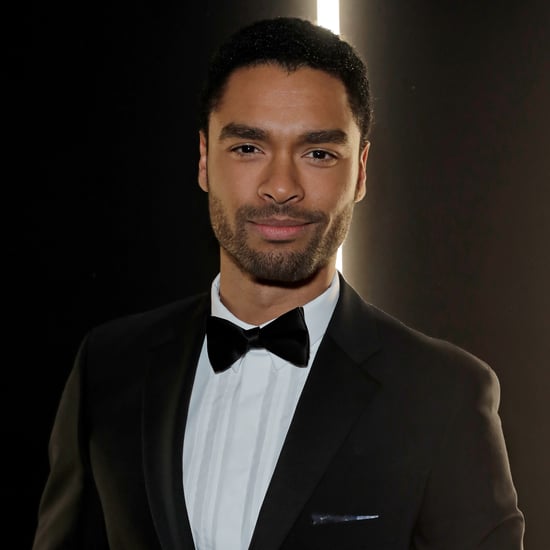 Rege-Jean Page
Regé-Jean Page Recorded a Sleep Story For the Calm App, and I'm Decidedly Not Calm
by Victoria Messina 3 weeks ago

health
Why Sleep Is More of A Struggle For Women, Especially During COVID-19
by Mara Santilli 23/12/20