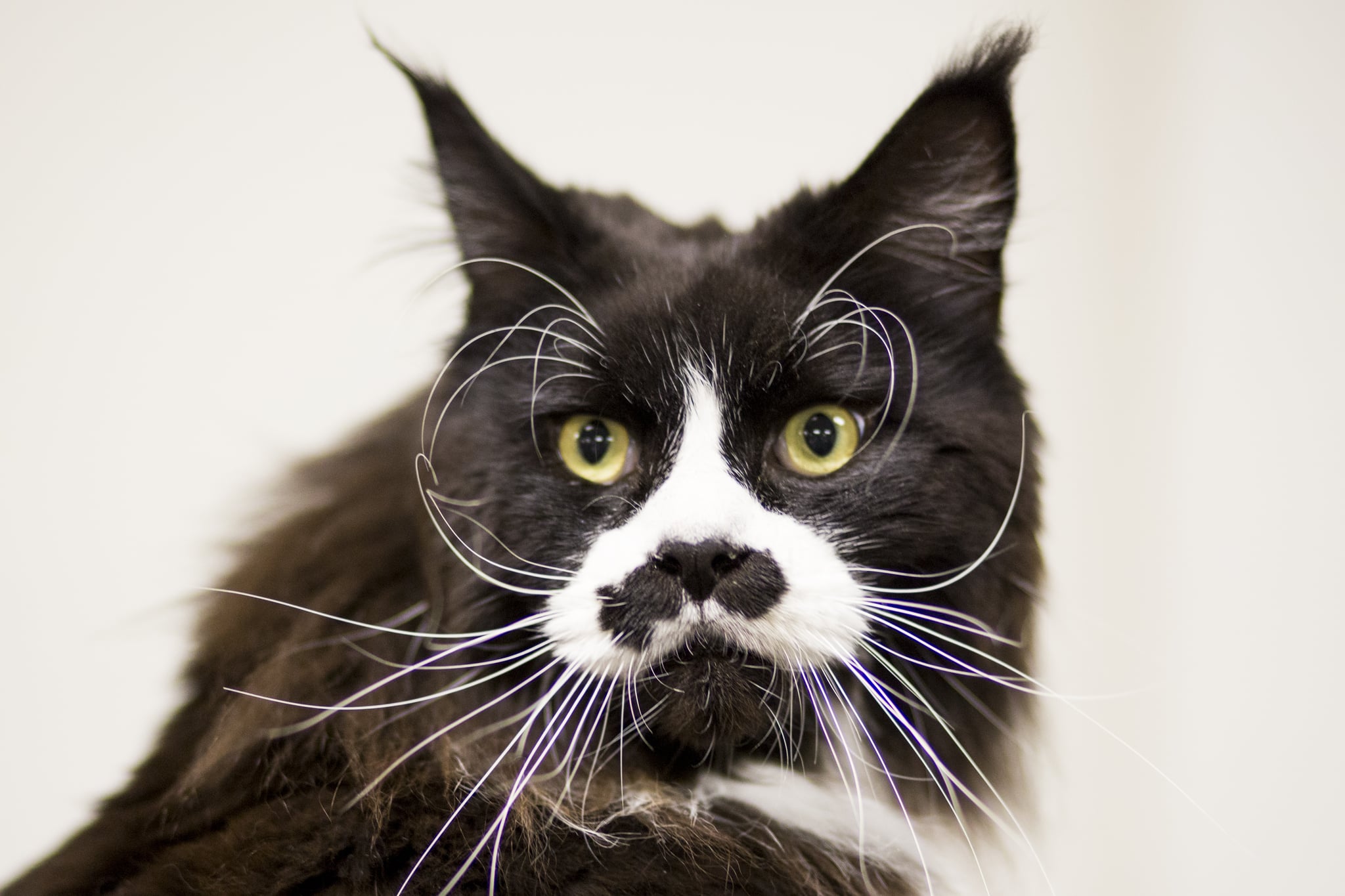 As someone who has lived with multiple cats for her entire life, I can confidently say I've seen pretty much everything when it comes to kitty health. And while I've dealt with worms after adopting strays and helped a senior cat battle liver disease, few things have scared me more than watching my 10-year-old kitty, Big Momma, chew off her fur.

Initially frightened by this development, I immediately took her to the vet. After she got treated for having crystals in her urine, switched to a new food, and was prescribed steroids, we thought the problem was officially dealt with. Unfortunately, just a few months later, the chewing continued. Now officially bald on half her body, I reached out to another vet to get to the bottom of Big Momma's recurring issue.

Why Is My Cat Constantly Chewing Her Fur?

Because overgrooming is such a common occurrence in cats, there are several reasons your baby may be going to town on his or her own coat. While there's a wide range in terms of severity, more often than not, the issue can be fixed.

"There are a variety of reasons why cats may chew their fur," Dr. Stephanie Austin, a veterinarian with Bond Vet, told POPSUGAR. "Some of these include allergies — both environmental or food-related, skin conditions, thyroid conditions, anxiety, pain, or discomfort. Balding most often is caused by overgrooming, but it can also be caused by parasites of the skin, a bacterial or fungal skin infection, thyroid conditions, urinary issues, autoimmune diseases, or nutritional deficiencies."

Related:
We Asked 2 Vets Why Cats Drool, and the Answer Is Very Simple (and Very Sweet)

When Should I Take My Cat to the Vet?

As someone who has taken her furbaby to the vet three times over the last six months, I know how expensive it can get. However, keeping your cat's health is a top priority, so if they're clearly uncomfortable, you should make an appointment ASAP. "If the amount of grooming they're doing results in thinning of fur, bald patches, or scabs/ulcerations, you should definitely reach out to your vet," Dr. Austin said. "Also, if you notice excessive grooming in combination with any other symptoms (inappetence, lethargy, vomiting, etc.), you should have Kitty evaluated sooner rather than later."

Related:
It Takes Longer Than You'd Think for Cats to Become Friends — Here's What Experts Say

What Are Some Ways Pet Parents Can Prevent Cats From Overgrooming?

While I often see many kitty parents dress their beloved felines in adorable sweaters to prevent overgrooming, Dr. Austin cautioned it's not the best idea. "I probably wouldn't reach for a sweater, because this can cause more irritation (or even stress) if that's the root cause," she explained. "I would recommend ensuring you have treated Kitty for external parasites, fed a nutritionally balanced diet, and provided with ample enrichment to ensure they are well-stimulated mentally. If all of these things are in check, it's probably time to explore possible underlying causes with your veterinarian."

Kittens
An Artist Superimposes Cat Faces Onto Other Animals' Bodies, and It's a Sight to Behold
by Murphy Moroney 02/9