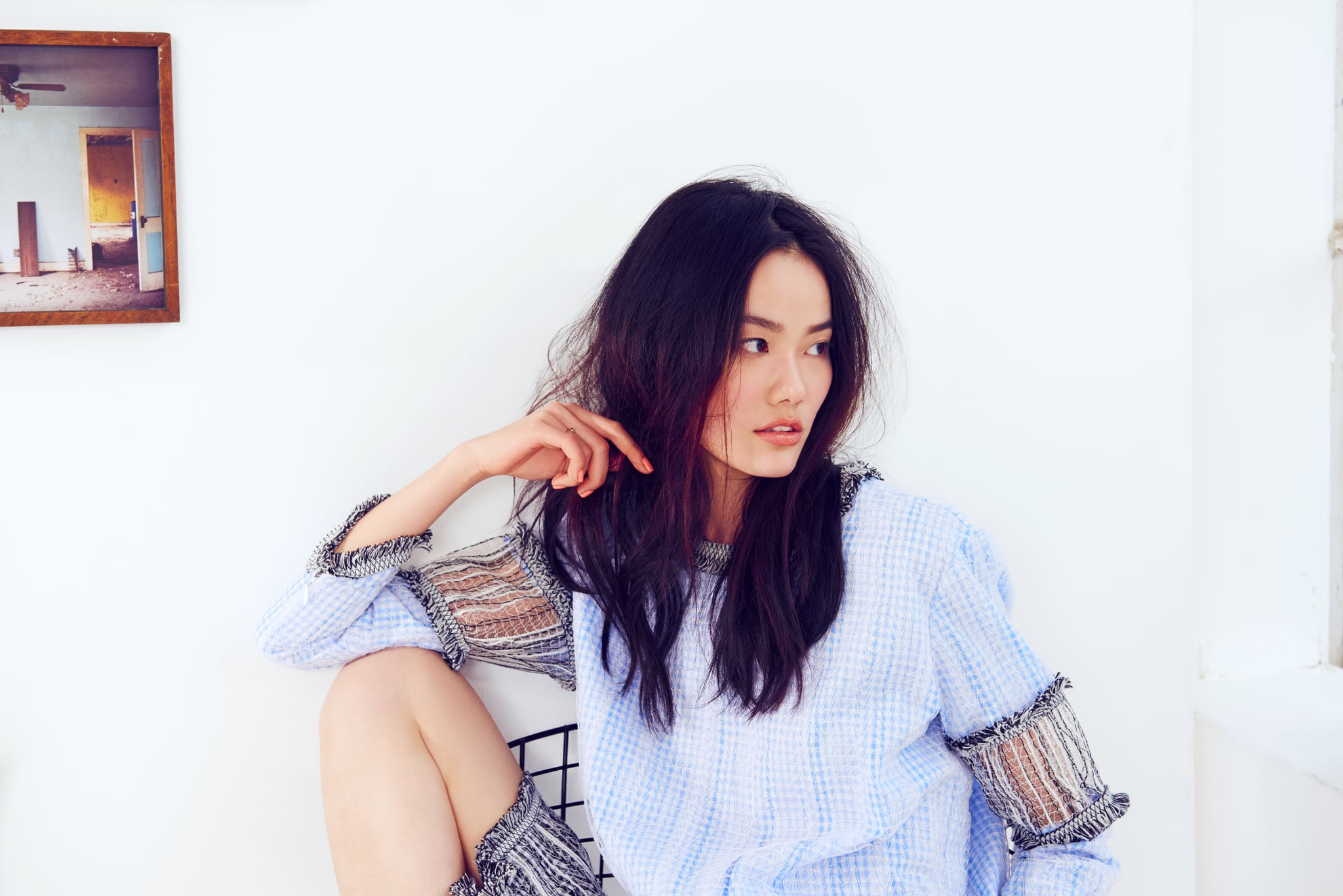 I've always been prone to worrying and overthinking things, but a while ago, I began suffering the worst anxiety I've ever experienced. Unlike previous episodes where it displayed itself in a similar manner to OCD, this time the anxiety was far more personal. I would lie awake for hours dissecting the day, worrying about tiny things I'd done or said, finding myself in a spiral of shame for no real reason. This wasn't just normal self-awareness (I know I'm not perfect); it was uncontrollable navel-gazing. And it definitely wasn't doing me any good.

Related:
The 3-Word Mantra to Beat Your Anxiety

Then two things happened. Firstly, I went on holiday, and I'm sure that did something to temporarily calm my overactive grey matter. But there was something else that I think has had an incredible effect on my anxiety levels, and that was when a very sassy tortoiseshell cat called Mina joined my household. Gratuitous photo, because the internet is for cats. 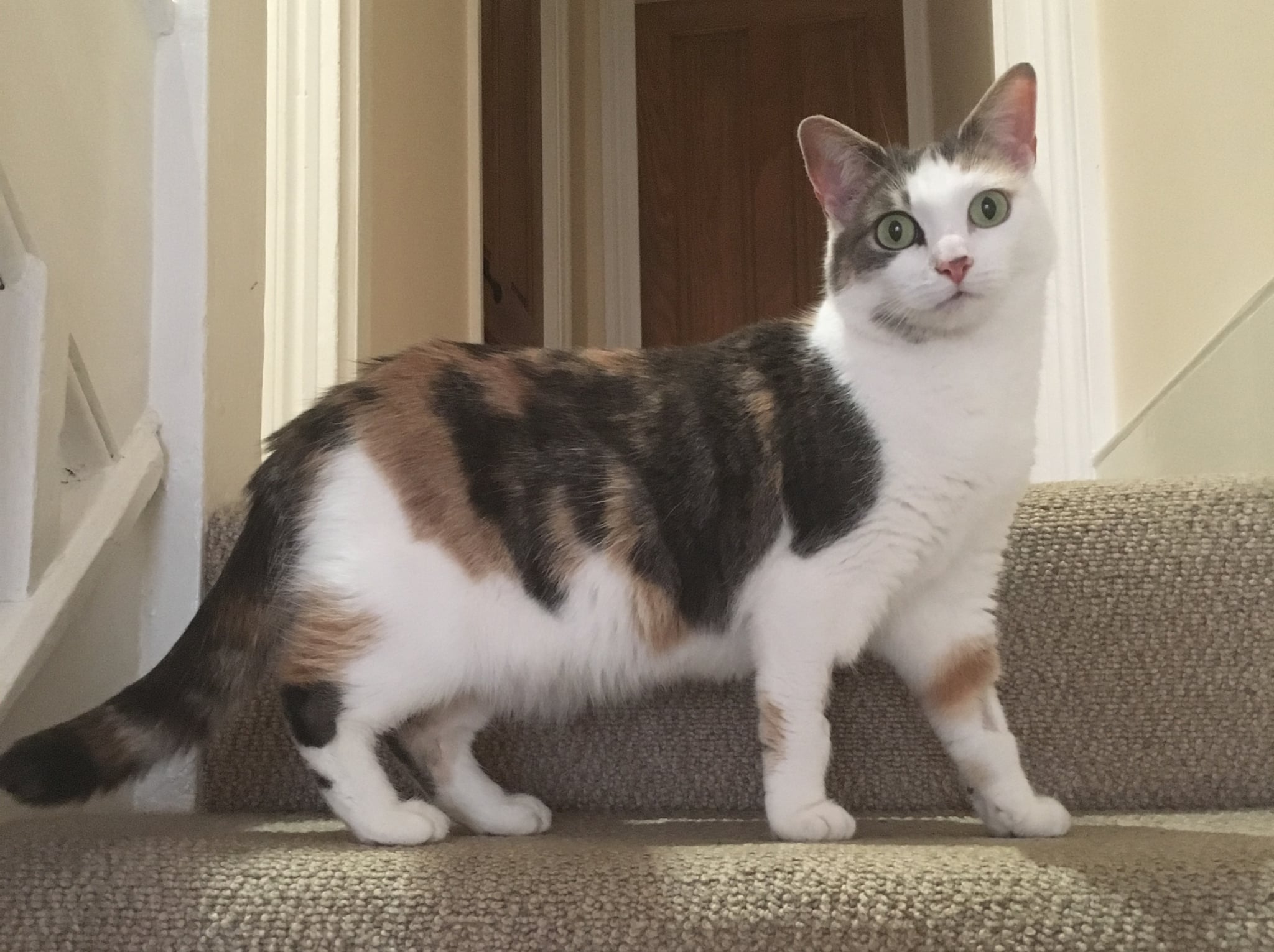 I didn't know until I'd spent a few weeks with Mina how much the presence of a feline friend can help with anxiety and stress. There's a reason animals sometimes get prescribed for emotional support, and I'm not alone in noticing the benefits. Aside from the obvious — having something cute and cuddly to play with is awesome and keeps your mind off other stuff — spending time with a cat in particular supposedly boosts serotonin levels in the body. Battersea Cats Home should have put that on the adoption page: "Mina: scientifically proven to increase your happiness!"

Related:
8 Herbs That'll Up One of Your Happy Hormones

There's also research to suggest cats can stimulate the release of oxytocin (a chemical that's perhaps best known for its role during and after childbirth, bonding new mothers and their babies). No wonder I was smitten within hours. I was also blown away with how sensitive Mina seems to be to the moods and needs of her human companions. She's not really a lap cat (trust me, I've tried), but she will seek me out and sit next to me if I'm in the house alone, or if I'm sick, almost as if she knows I need the companionship. The soothing sound of her contented purr as I stroke her relaxes me instantly. Thinking about her (and trust me, I do so constantly) stops me from (over)thinking about myself too much, but thankfully she's also fairly independent and self-sufficient so I don't flick over to "worry" mode the moment she waddles out the cat flap.

All this came as a huge surprise to me. I didn't consider myself a pet person at all. I didn't get what all the fuss was about when my friends posted dozens of photos of their kittens on Facebook or colleagues brought their dogs into work. I cringed when people signed Christmas cards "Love Bob, Jane, and Fluffy". I've never been responsible for anything larger than a hamster before. My husband was the one who wanted a cat and I went along with it mostly because I knew how much it meant to him. But within hours of bringing her home, I realised what a wonderful addition to the family she was going to be, and how much she was going to help me to calm down. A year and a half late, I am a full-blown cat lady. I give all the cat fans in my life full authority to say "I told you so".

Since Mina's been in my life, my anxiety levels have dropped to almost nothing. I am back to my "normal" levels of self-obsession and worry: probably more than most people, but at least I'm able to sleep at night.

That is, until the dawn chorus of hungry miaowing begins!