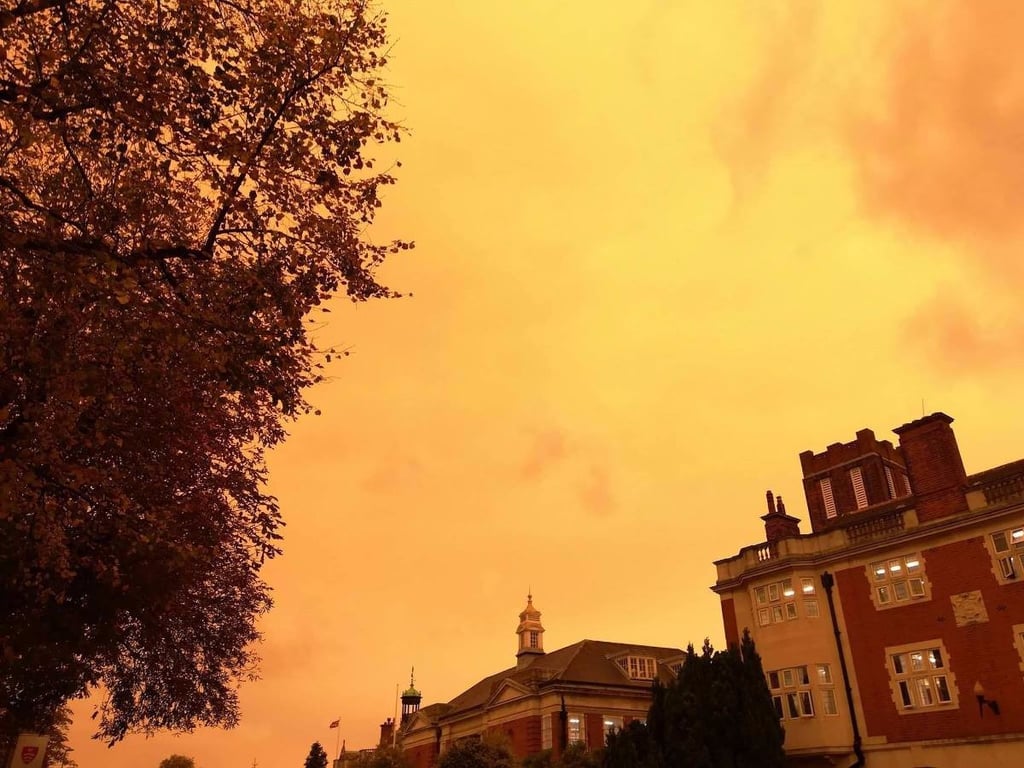 On Oct. 16, the remains of Hurricane Ophelia took an alarmingly atypical detour toward Ireland and the UK, closing Irish schools and putting the country on lockdown. Ophelia is responsible for three deaths and leaving hundreds of thousands of people without power, while planes were forced to make emergency landings as a result of sand being carried northwards towards Ireland the UK from the Sahara. To make matters worse, in nearby Iberia — a region that encompasses parts of Spain, Portugal, and France among others — Ophelia's winds have only fanned the flames of ongoing, widespread forest fires and proceeded to carry massive amounts of dust northward toward England and Wales. As a result, the UK and Ireland witnessed a truly bizarre sight: yellow-to-red tinted skies with a dark red sun.

Ahead, we've pulled together 21 of the most unreal photos captured by individuals throughout the area, some of which almost appear to be eclipse-like in scale. As always, our hearts are with those who are taking shelter in the affected areas, you can follow along with the latest updates here.