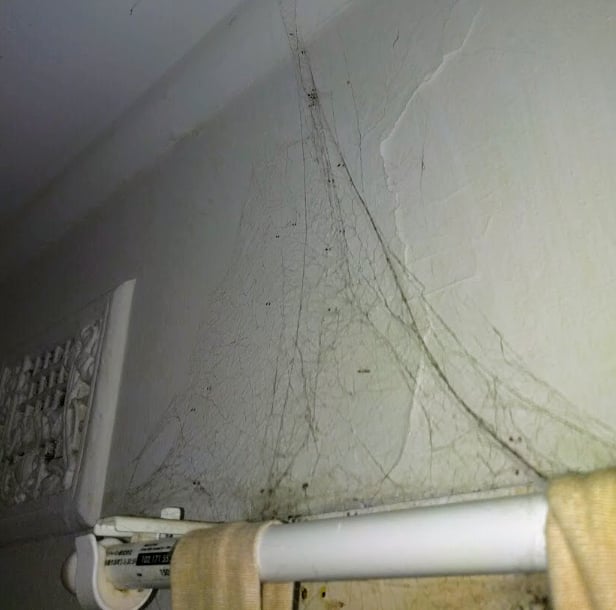 The Airbnb had cobwebs and dead bugs in the corners. Image Source: POPSUGAR Photography / Annie Gabillet

Ah, the smell of wet dog. That scent greeted me upon entering an Airbnb I had booked in Sydney's Bondi Beach. My husband and I were set to stay there for 12 days with two friends. We arrived late at night and were ready to make the most of the place. So we lit a candle, opened some windows, and hoped the place would air itself out.

There was mold all over the walls, cobwebs and dead bugs in the corners, and scary looking stains on the carpet. When it came time to take a shower, brown water came out of the faucet, and it never got warm.

Climbing into bed that night, things still seemed off. The comforter was extremely threadbare and not nearly enough to keep us warm on the chilly Fall night. The pillows felt decades old. But we told ourselves we weren't high-maintenance and would survive. Unfortunately, when we woke up, the extensive problems with the place became evident in the light of day. There was mold all over the walls (perhaps it wasn't wet dog we were smelling after all), cobwebs and dead bugs in the corners, and scary looking stains on the carpet. When it came time to take a shower, brown water came out of the faucet, and it never got warm. This wasn't going to work for almost two weeks. 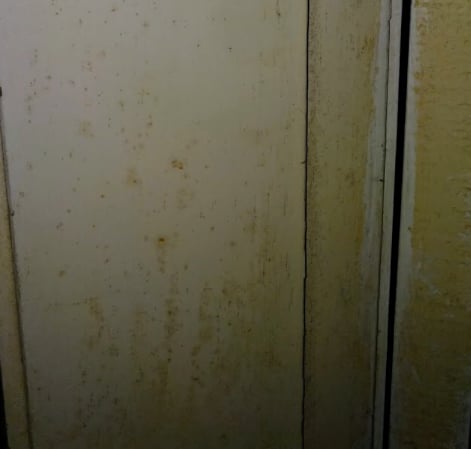 There was mold on the walls, which gave of a musty, wet dog smell. Image Source: POPSUGAR Photography / Annie Gabillet

I decided to contact Airbnb, which encourages you to report problems on the site instead of making it easy to talk to a customer service representative. So I filled out the form reporting that there was a problem with the shower. I didn't realise that this would immediately notify my host, who then reached out to me from her vacation in the US. I explained to her the issues and asked if she would consider refunding us for the nights we hadn't stayed, since we realistically couldn't deal with no hot water water and other issues for the next 11 days. She attempted to charge us for seven nights, but since we had to find somewhere new to stay ASAP, that would eat into our budget. So I told her I would contact Airbnb to figure out my options and she should do the same. 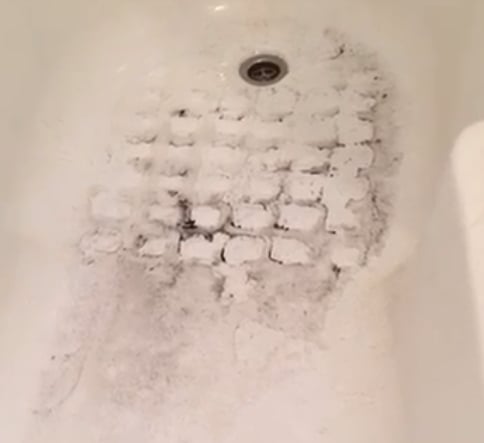 With internet sleuthing, I was able to find a phone number for Airbnb customer service. After waiting for some time, I got an agent named Shania, who was extremely helpful. I explained to her the situation, and she told me that a lack of hot water would be enough to get us our money back and out of the apartment. But first we'd have to prove it. Shania asked me to send her video of myself turning the water on and holding a bowl of ice cubes underneath the shower. If they didn't melt immediately, that would demonstrate that the water didn't get hot. It also gave me a chance to show the brown, dirty water. I also sent photos of the stained carpet, mold, and cobwebs. With a few more back and forths, Shania said she would arrange for a refund for the nights not stayed and help us find a new spot if needed. On my own, I was able to locate a new Airbnb in our price range that was beautifully decorated and, most importantly, clean. The next morning we relocated there, and Airbnb refunded me the money for the nightmare spot.

According to Airbnb, these are the issues that will make you eligible for a guest refund:

Airbnb asks that you first attempt to remedy the issue with the host and then contact Airbnb within 24-hours of check-in with documentation, which is what I was able to do.

From now on, I only book Airbnbs that already have reviews.

Ultimately, I think the host simply wasn't ready for the responsibility of welcoming strangers into her home. As a host myself, I know it takes a lot to get your home ready. It means more than tidying up and often requires a professional to deep clean at least once. If a place has serious problems, like an unreliable hot water situation or mold, you should address them before listing your home on the platform. But I also learned some lessons as a guest. The spot we booked did not have any reviews, and the photos weren't the best quality. I was drawn to the very central location and relative value, but I should have been more discerning and recognised that it was an amateur listing. From now on, I only book Airbnbs that already have reviews. And I always search "clean" within the reviews to see what past guests have to say. Since doing that, I haven't had any bad surprises.