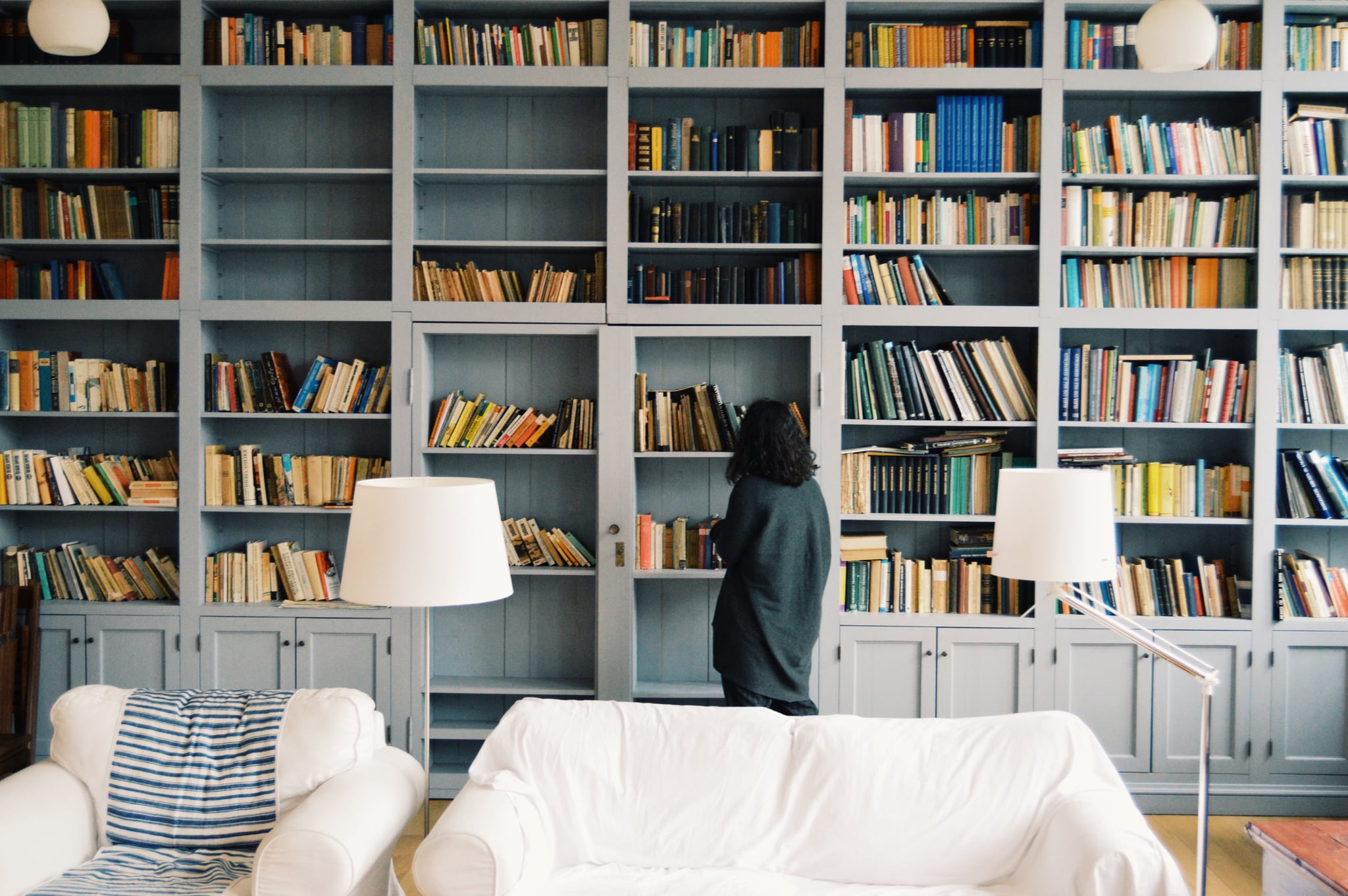 As I stood atop a makeshift ladder, an old door atop two sawhorses, with a mask over my face, pulling down pieces of wood that were covered in dust that may have been there from the 1920s Dust Bowl, I found myself resenting my grandparents and their parents for holding onto all this junk. I then promptly felt guilt and shame for thinking such a thing while also knowing the resentment was, and is, in many ways misplaced grief. Indeed the emotions are as layered as the dust that was raining down on my head from the eaves of the garage of my grandparents' house in southwest Kansas, USA.

Along with my mother and aunt, we are döstädning — death cleaning, in Swedish.

It's the latest idea and trend in organisation, coming from Margareta Magnusson's The Gentle Art of Swedish Death Cleaning: How to Make Your Loved Ones' Lives Easier and Your Own Life More Pleasant. The principle is that people who are ageing should begin to clean their homes and rid them of unwanted items in the hopes that when they pass away, their families will be spared the task. It follows neatly in many ways after the organising trend started a few years ago with Marie Kondo's book The Life-Changing Art of Tidying Up.

And it's an activity I'd never thought about doing, much less considered giving it a name, until my father passed away unexpectedly not so long ago.

At the time that he died, I wanted to hold onto every single scrap of anything about him — if I could've bottled the air he'd breathed, I would have done it. Every letter or note or even text message, I was sure I needed to hang onto forever and always. As if holding on tight enough would mean he wasn't gone from my life. I couldn't fathom getting rid of anything of his. And he may have had the same idea. His father also died relatively young and our house has boxes of ephemera from a generation past; my dad had never been able to go through and get rid of the condolence cards sent after his own father died. Both of us had fathers who died unexpectedly when we were in our early 30s. With my mother still alive, there was no reason to cull my dad's things, and with the shock of it, we just didn't really do anything.

Then her father, my grandfather, died, and his house was left empty and needed to be cleaned out. That more pressing need has seemed to spur on my mom to look again at the collections of things her husband, my father, left behind. So we mobilized and are currently tackling the unenviable task of "death cleaning" in two places at once. And what seemed impossible slowly became possible — and even helpful. Here are some things I have learned, and am still trying to learn, about the process.

"Many adult children do not want to talk about death with their parents." This. Most definitely this. I highlighted this quote in Magnusson's book, and it's so achingly true. It's not something your brain wants to process, so it's much easier to pretend it won't ever happen.

I don't want to envision going through my mother's stuff, and facing down the one thing that we'll all come to — death — is remarkably difficult. But if you bring it up when you can or think about it for yourself and your own belongings, you get a chance to think about what's actually important and where you'd like treasured heirlooms to go. "Send that rug to Aunt Dottie, she's always loved it," and "It's OK to get rid of that lamp," etc.

I'm working to cherish the memory of loved ones without clinging tight to all of the stuff left behind.

I didn't and don't want to go through any of this stuff, literally and figuratively. It's unfathomable still that my dad and grandpa won't be coming back into the house, and surely they'd be asking where their shoes, hats, and books were if they did.

But wishful thinking does nothing, and I'm working to cherish the memory of loved ones without clinging tight to all of the stuff left behind. And it's also OK to hang onto some special things as memory touch points.

I also had a share of irritation with the sheer volume of stuff and decisions to make, and then felt/feel guilt about that irritation. I know that the burden left behind wasn't an intentional one, but it's OK to feel tired and stressed with it all. Be prepared to be overwhelmed and uncertain.

Having gone through and done our best to organise the two-car garage, filled with old wood scraps, tools, buckets, and odds and ends from the past hundred years, my mother, aunt, and I were pretty much immobilized in physical and mental exhaustion, and it wasn't long after sunset that we packed it in for bed. And that was just for the garage, where nothing had much sentimental value to it.

Many items are likely to spark memories and laughs and tears, some all at the same time.

And what I may have seen as ready for the thrift store or dumpster, others may not and vice versa. A tattered shirt or blanket may bring back all kinds of memories for someone else, and prying it from their hands because you think it's trash isn't going to help anyone.

The weight of making decisions on item after item will wear you out. That's a large part of why Magnusson advocates for doing such cleaning not only before you pass (if you can), but to do it a room at a time, and slowly.

Stories. Ask for and find out stories.

The ideal way to go through the stuff and things of someone's life is to do it with them or with those who know the stories. Before my grandmother passed away, she made notes on many of the handmade quilts that she had in her house, and those notes and stories make the quilts so much more meaningful.

But then there's things like the 18-inch-braid of brown hair in a trunk in my grandparents' basement. Whose was it? Why it was saved? Questions that no one has any answers for. We put it back in the trunk, shut the lid, and left that conundrum for another day.

Which brings me to the next thing.

Be ready to let go.

Think of what's in your own attic, basement, garage, storage unit, file cabinets, and drawers. The things you've curated to make your life comfortable. The things you've saved — appliance instructions, old screws and nails, bank statements, solitary socks — the "stuff" that may not "spark joy" as Kondo puts it, but the stuff that you think will come in handy one day. Or your childhood collections, in my case of postcards and dolls.

All that you hold dear or find valuable in terms of the stuff of your life, at one point and inevitably, it will be meaningless. And that's OK. The memories are still there, and it's not a purge of them from your life. It's a way to move forward, it's giving yourself space to breathe, because as much as you don't want to, the forward motion has to happen.

Give things a place of honour and joy as best you can.

It's hard to know what to do with things that aren't sentimental but that are still in good shape and don't deserve to be flung to the dump. Maybe no one you know needs another bed frame or dresser, not stylish enough to be vintage, but just old-fashioned. Towels and sheets are easy enough to donate. But what do you do with things like yearbooks? Half-finished sewing projects?

I don't collect baseball cards, stamps, or Boy Scout stuff, but I flirted briefly with the idea that I should start collecting all those things my dad had. Holding onto those collections wouldn't do a thing to bring him back, though, and there are people in the world who surely would find more value in them than I could.

Schools and universities may be on the lookout for old yearbooks — we found an old friend of my dad's who was overjoyed to have some of his old Boy Scout stuff, a distant relative was stoked on the idea of getting some of the stamp collection, and my dream is that someone at the local thrift store will find a way to put together the quilt blocks into a cosy, warm comforter.

It's time-consuming to do more than just chuck things in the dump, but it feels right to be able to see things that brought joy and value into my dad's and my granddad's lives find new homes where they'll be appreciated. 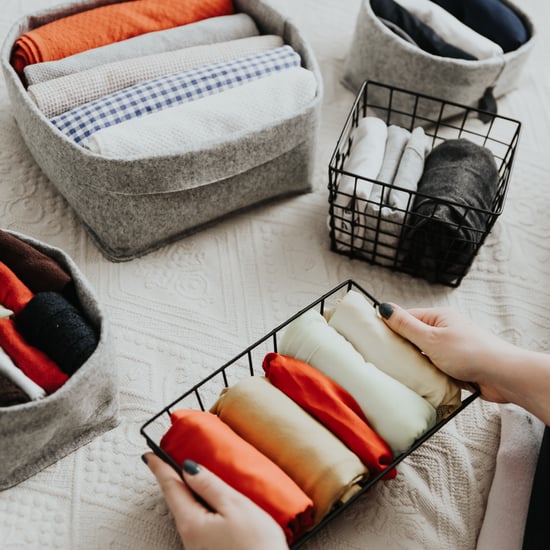 Cleaning
When Did Being Organised Become So Cool?
by Carly Lewis-Oduntan 6 days ago