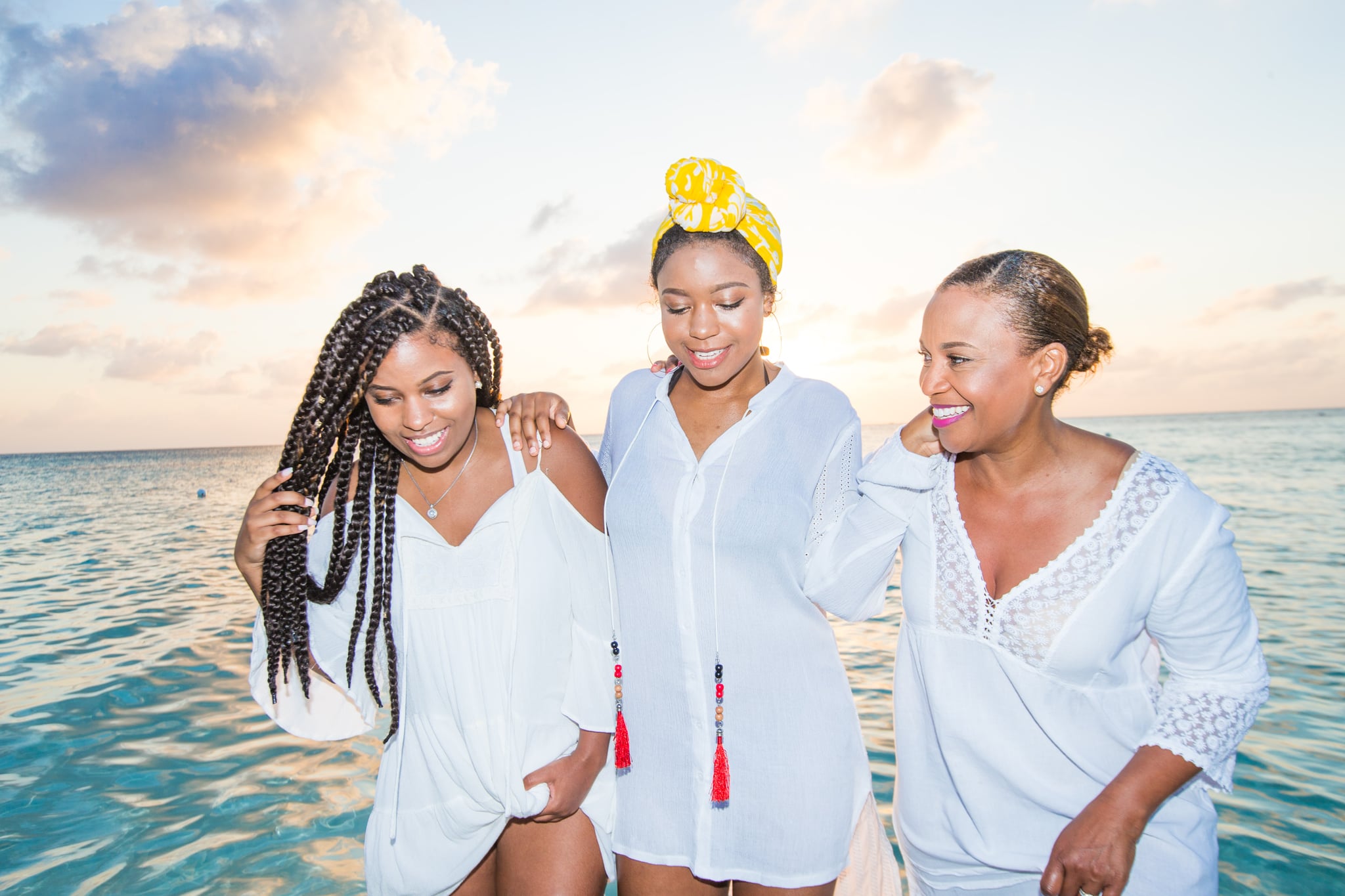 The joy the Black community instills in its members is nothing short of spiritual. As a US Citizen, my blackness, at times, seems like a heavy burden. For years, no matter what ambition I held, I would hear voices echoing in my head that I needed to be twice as good to receive half of what a white person earned. Can you imagine how exhausting it can be to lead a productive life only to be reduced to a colour, no matter what you do? But through travel, I've been able to shed much of the angst. Thanks to the Black community, I've gained the power to heal and grow into a person I become more proud of each day.

In 2013, I moved to Melbourne, Australia, and shortly after arriving, I met a guy at a friend's barbecue. We spent most of the party chatting about Black history, entertainment, and food, and our banter was incredible. After the party, he continued to win me over by bringing home-cooked Malaysian meals to my apartment several times a week for the rest of the month. And after experiencing some homesickness, he even reached out to my aunt and asked how he could prepare some of my favourite foods for me. Naturally, there were no recipes, just ingredients, a lot of seasoning, patience, and love. My family mailed some spices and typical American snacks to us, and he sourced the best ingredients he could find. While his fried chicken wasn't better than my grandma's (nobody's is), it was still better than mine. When our mutual friend went abroad, he offered to let me stay with him while I continued my apartment search. He continued cooking for me and I stayed.

We provide comfort for each other during darker times, and we motivate each other to greater heights. Basically, we constantly remind each other of our individual and collective dopeness.

Every so often, he'd invite friends over, and I'd share stories from my childhood, reminisce about my family, and chat about Black history, but I also had my own diverse group of friends as well. I bonded with my colleagues, old travel buddies, girls I met through other Black travel friends, and met people out at bars. We were from Australia, England, Germany, New Zealand, South Africa, Vietnam, Puerto Rico, East Timor, Iraq, Syria, India, and Lebanon. Still, part of me longed for a connection with people who looked like or were more culturally similar to me. I eventually found more friends using Facebook groups for Black ex-pats. There were tons of Americans in Sydney, and I chatted with them online frequently. A few of them had lived in or visited Melbourne and introduced me to a whole new ethnic world just as I was preparing to leave. There were shops, restaurants, bars, clubs, and services dedicated to people that look just like me. I was in Black girl heaven. I found hair supplies, foundation, and some of the spices I'd been missing. I would not have found those resources without a community.

Not wanting to go home just yet but still itching to travel, when my beau and I ended our relationship, I decided to search for another country that would possibly have a larger population of Black people, as I truly felt my happiest when I spent time with my people. In Melbourne, I had met a few Kiwis and remembered thinking they were Black until they told me about their Māori heritage. After looking into the country, I applied for my visa online and purchased a plane ticket. When I arrived, I started searching for people to connect with and ended up meeting one of my closest Kiwi friends on Facebook. He helped me find a job and I finally met him, randomly, at a Wu-Tang Clan concert. I had met Ghost Face Killa and Sheek Louch from The Lox at the American-themed diner I worked at. We chatted about home and they asked me about my motivation for travelling and the places I'd been. GFK got me a ticket to the show, and I got to go on stage and got a shout-out for being from the Bronx. There I was, this awkward Black girl dancing on-stage and high-fiving hip hop legends in New Zealand. I couldn't believe it!

A lot of Black celebrities visited that diner, and each encounter made me feel closer to home simply by being surrounded, welcomed, and supported by people that looked like me. I also met more and more Māoris throughout my year there. I think I connected so well with them because they face similar traumas, generational curses, discrimination, and injustices just like Indigenous people all over the world do — just like the Black community does. Many of their stories sounded like stories I'd hear or things I'd experience back home. I felt a sense of healing with them. They were funny, witty, forgiving, creative, and strong. They also knew a lot about American culture, respected Black culture, and related to it. I spent a lot of time soaking up their knowledge, creativity, and fascinating history.

Through Tinder, I met an Italian doctor who introduced me to a bunch of Brazilian and British doctors and nurses. They all practiced capoeira, which is an Afro-Brazilian martial art that combines elements of dance, acrobatics, and music. I joined their community, happy to indulge in Afro-Brazilian culture and discuss all things dealing with Black culture and our lives as immigrants. I had found a community that looked like me and celebrated everything with food, jokes, and uplifting one another. It was starting to feel like home.

When I finally felt done with my travels, I returned to the US in 2016 and moved to Seattle. An American girl I met in New Zealand referred me to her hair braider there and I've been sporting braids annually since then. And after listening to Kizomba music almost every day since I left in New Zealand, she also told me that it was big in Seattle. I searched for dance lessons and found they had a huge community in my new hometown. I found two groups on Facebook and had my first Kizomba lesson with an Afro-Latino instructor that I actually saw in a video I found of a couple dancing two years earlier. Slowly I began to meet people from Angola and Cape Verde, and my love for authentic Kizomba grew. Gradually, I started to learn about other genres. I learned about the tribulations and strength of the Angolan culture and was happy to be welcomed into a multicultural community. I've danced all over North America and Europe, where I now reside. To this day, I can largely attribute groups such as The Nomadness Travel Tribe, Black Americans Abroad, Up in the Air Life, Sisters Travelling Solo, She Hit Refresh, Girls Gone Working, Girl Gone International, and various digital nomad or location-specific expat groups for allowing me and millions of other travellers (especially Black travellers) to network in safe spaces.

These ethnic-based groups have kept me together in so many ways. I met my current circle of sister-friends through them, and we collaborate on projects, build each other up, discuss social and family issues, and have virtual parties when we can't meet up. I've also made great connections with the help of an Angolan man I met through Kizomba. He's taught me a lot about his beautiful culture, the importance of having a traceable identity, and a link to the African Continent.

Related:
Once and For All, Let's Capitalize the B in Black

The gift of Black joy has soothed and guided me through bouts of anxiety and depression, has enabled me to combat loneliness, and has empowered me to address social issues within the Black community. We provide comfort for each other during darker times, and we motivate each other to greater heights. Basically, we constantly remind each other of our individual and collective dopeness. And as much as I love all my friends, finding a Black community abroad has proved to be incomparable, therapeutic, and necessary. I can find hair, beauty, and food products with greater urgency and ease. (I've come a long way from conditioning my hair with homemade concoctions or using bronzer as a foundation because local stores didn't accommodate customers with textured hair and melanin-rich skin.) I'm also grateful for the discussions regarding social issues, professional goals, mental health, the importance of self-care, issues concerning safety and validation, and more. No explanations are needed; just a simple word, colloquial expression, gesture, or meme. We just get it. So now whenever I travel, I make sure to stay connected with my community in order to stay grounded.

I feel a surge of pride as I see more and more Black people around the world aspiring to, receiving recognition for, and inspiring excellence. Living in our Blackness is a blessing and it's amazing how relatable we are to one another despite distinct differences in our backgrounds. It's always hard navigating a different culture in a new place, but finding my community no matter where I am in the world has allowed me to push through the discomfort and relish in our achievements together. It's a testament to the strength and sacrifices of our ancestors. A reminder that Black joy is not only empowering, it's contagious, incomparably glorious, invaluable, and most importantly, indestructible. 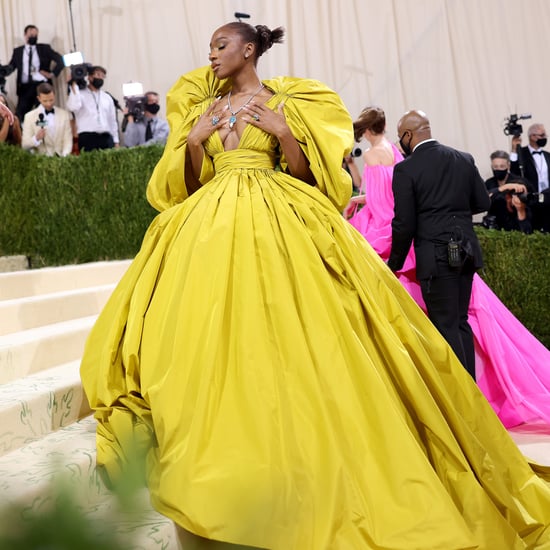 Celebrity Style
Normani's Valentino Gown Is an Ode to Black Girl Excellence, and It Makes Her Feel Like a Queen
by Sarah Wasilak 1 week ago