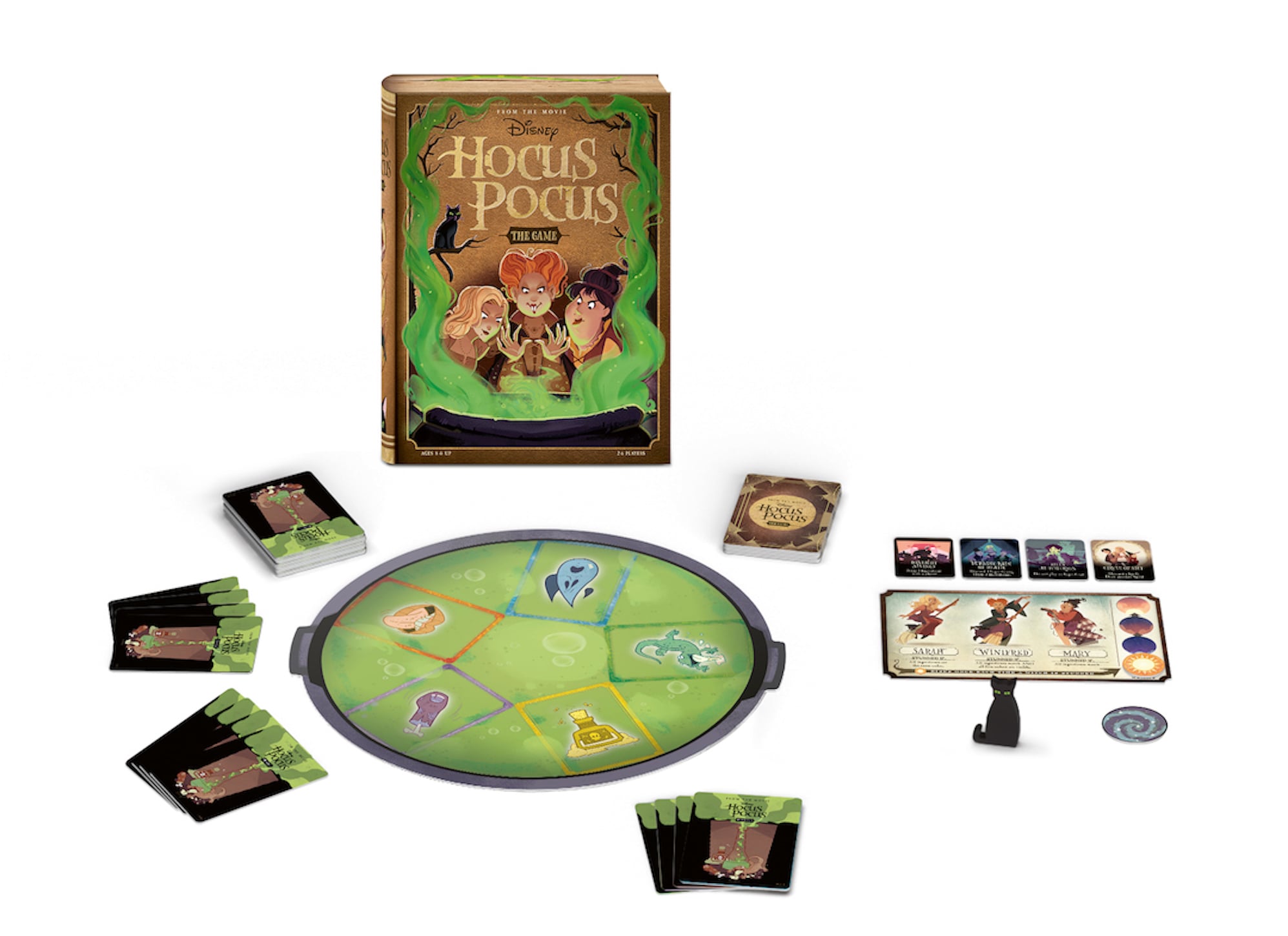 The only thing better than Disney merch is Disney Halloween merch, and this season already has one product we can't wait for. Disney is releasing a new board game based on Hocus Pocus for Halloween 2020, soooo is it fall yet?!

Game and puzzle company Ravensburger announced the game and gave a sneak preview at the Toy Fair 2020, according to Red Tricycle. "Players will work together to ruin the potions concocted by the legendary Sanderson sisters to save the lives of Salem's children before the sun rises!" they reported. "Fans of the movie will recognise favourite spells, appearances by characters like Binx the cat and Billy Butcherson, and for an extra bonus, the game box is designed to look like none other than 'Book.' The game includes plenty of other creepy details you love about the film, but the fantastical illustrations are tame enough for even your youngest gamers." It's reportedly set for an August release, giving you plenty of time to find it and enjoy it before Halloween arrives.

Disney Halloween decor and merchandise is always one of the most anticipated releases of the year, and this Hocus Pocus game definitely has us thrilled and chilled! And it's not alone: according to the official Disney Parks Blog, there are at least two other Disney Halloween games coming out this year. The blog's merch preview also includes a game based on the Haunted Mansion (the ride, not the movie) called The Haunted Mansion: Call of the Spirits, as well as a Funko Pop strategy game themed around The Nightmare Before Christmas. Let the spooky countdown begin!