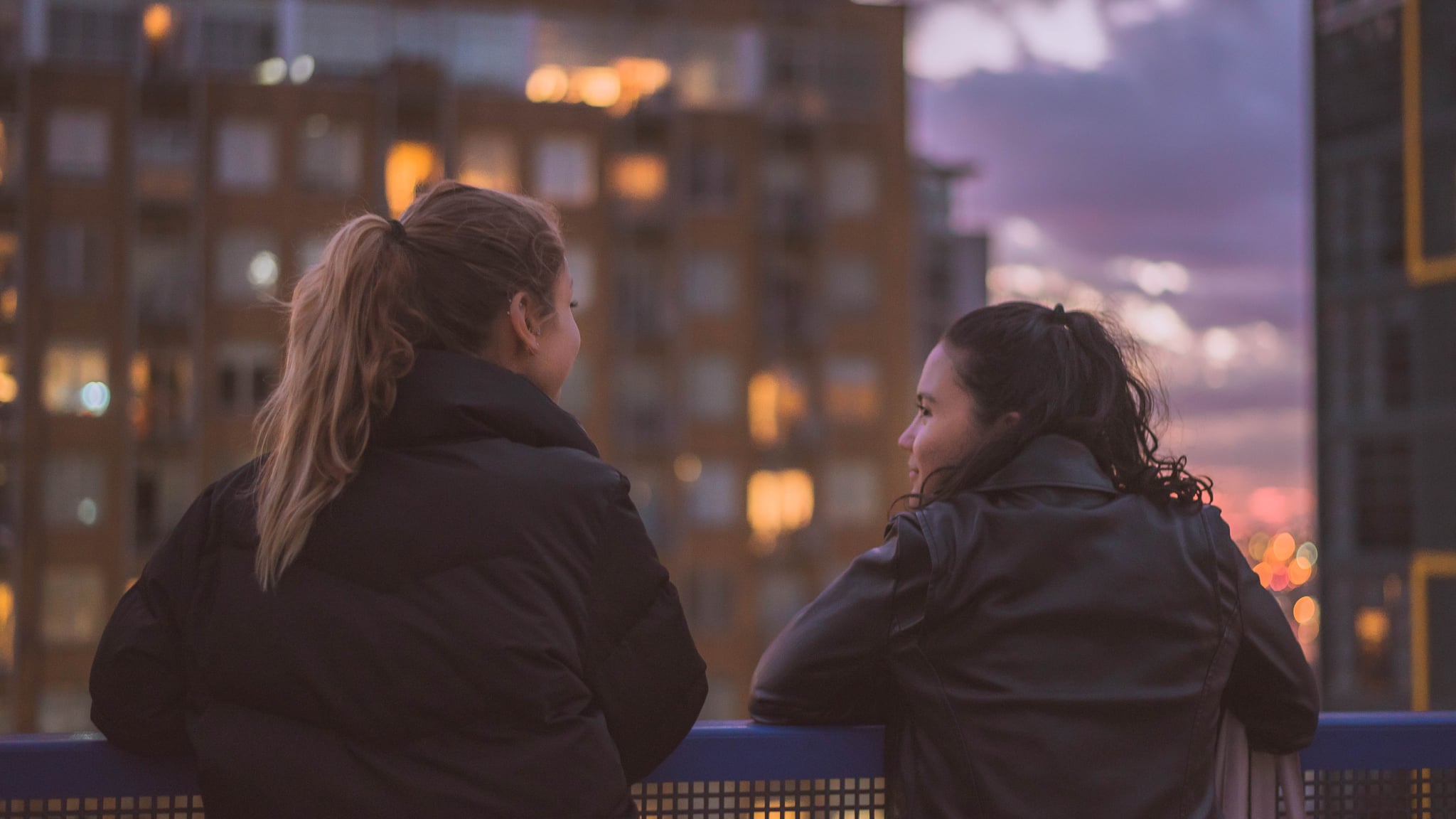 It doesn't matter how you feel about Donald Trump, you can't deny that his words have had tremendous power over a lot of people these last four years. And that was never more evident than on Jan. 6, when a mob of Trump-supporting insurrectionists stormed the Capitol, leaving many of us across the country and around the world in complete shock and fear. I was one of those people. I couldn't believe what I was seeing; it felt like I was watching some twisted reality from a horror movie. But what shocked me even more than the actions of the domestic terrorists was the response from my best friend, who is a Trump supporter herself.

I come from a very liberal, nontraditional family, which made me stick out like a sore thumb in my small, rural town in the Deep South. So I wasn't surprised when, years ago, my best friend, who was also born and raised in the South, told me she was Republican and a conservative. She also told me she was a Trump supporter.

Do I stay and try to educate her on issues that are important to me and share how I feel? Or do I let go of someone who has made my life infinitely better because she [supports someone] who has hurt so many people in our country?

Despite not being surprised by the news, it was still incredibly confusing, heartbreaking, and difficult for me to accept. I've always tried my best to be understanding of different political views, especially because I know what it feels like to be the odd person out growing up. I would never want to make someone feel bad for their own beliefs, but support Donald Trump? He just felt like a whole other story. No, scratch that, he is a whole other story.

For a while after she told me, nothing really changed in our relationship. She was still my best friend who was more important to me than political parties, so I always tried to be mindful of both of our feelings and never bring up anything political that could lead to an argument, and she did the same for me. We avoided the topic of politics altogether, and we were content with that. We, of course, discussed other important issues like Black Lives Matter, COVID-19, climate change, and more, and we always shared the same views, so it was so confusing to me when she told me she voted for Trump in the 2020 election. He represents the exact opposite of the things we passionately discussed and agreed on and has shown time and time again that his values, or lack thereof, do not align with these important issues. But I didn't want to start a fight, so I let it go . . . again.

But after the Capitol riots, I couldn't stay quiet anymore, and our friendship has been extremely strained because of it. While she says she doesn't "completely support" what happened, she was offended that I referred to it as a domestic terrorist attack by extremist groups and white supremacists . . . which is exactly what it was. While I was confused and a little hurt by her political views for a few years, her reaction to the attack on the Capitol left me completely devastated. To me, Trump always felt like this faraway monster who represented everything this country doesn't stand for, but it took my best friend to make me realise that's not true. He's everywhere, and his beliefs are alive and well in people all over this country. I brushed off my friend's support for him for so long, but where do you draw the line between quietly accepting someone's different views and ignoring your own personal values?

The events at the Capitol made me reflect on our friendship and what my responsibility is in it. Do I stay and continue to ignore her opinions that I don't agree with? Do I stay and try to educate her on issues that are important to me and share how I feel? Or do I let go of someone who has made my life infinitely better because she doesn't see how Trump has hurt so many people in our country? It's made me question how far the bonds of love can be stretched. This person was like my other half, my soul sister, my everything. We had been through so much together — heartbreak, joy, graduating college, moving to a new city together — but is that enough?

There's no easy answer, and to be honest, I still don't have one. I know there are people around the country who are in the same situation with family members, friends, classmates, or coworkers, and I want you to know I understand your pain and your conflict. I know how you feel and how you wonder if you're making the right decision, whatever it may be. I don't know if there is a right decision, or if we'll ever be able to make one, but I want you to know you're not alone. Some people can easily cut friends out of their life, and others, like me, have a hard time. And that's OK. It's OK to not be sure what's right and what's wrong or if your friendship can stand the test of time. It's OK if you need a break from the friendship or just need to walk away entirely. There is no right answer, and it hurts, but we'll find our way one step at a time.