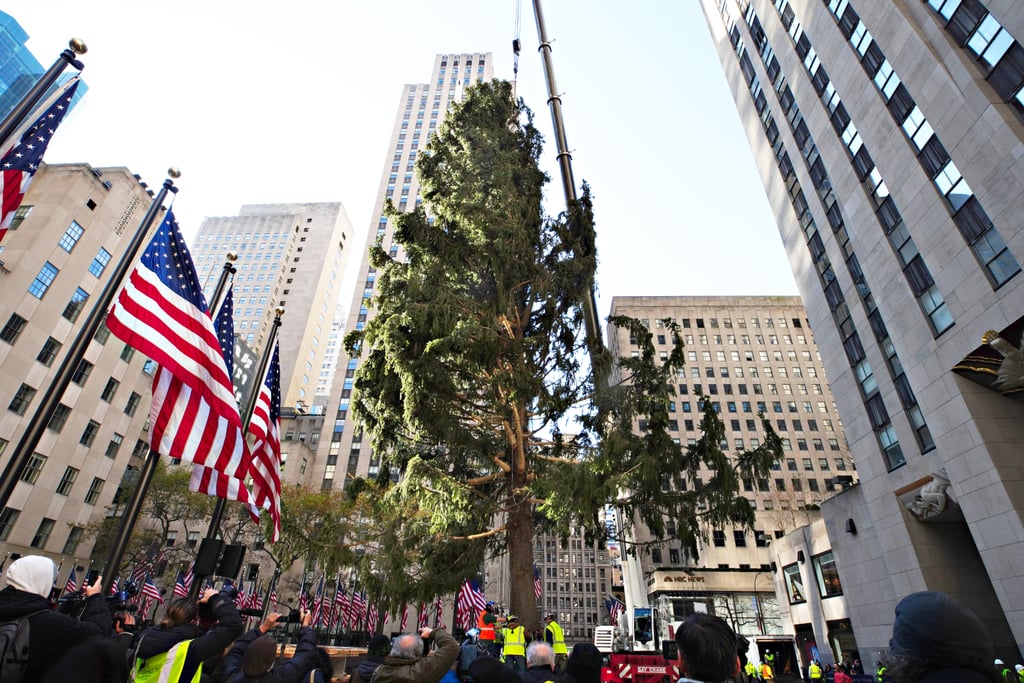 Let's Give the Rockefeller Centre Christmas Tree a Break, OK?

We all need to take a long, hard look in the mirror and realise that the Rockefeller Centre Christmas tree is one of us. As we settle into month eight of staying at home, working from home, sheltering in place, quarantining, and every variation of the words that redefined what "normal life" has looked like in the year 2020, we, as a nation, should hold the Norway spruce to the same standards that we hold ourselves to. You know, rolling out of bed and immediately signing into work meetings, jeans collecting dust in the back of our closets — what even is a hairbrush? You see where we're going here.

On Nov. 14, the famed Christmas tree arrived at Rockefeller Centre after a two-day drive, and people had the audacity to judge its appearance. Sure, she was missing a few branches and immediately got the meme treatment as a stark representation of the year we're all having, but she's doing her best! According to the New York Times, it's normal for the tree to look like this after being wrapped tightly during travel. It will "take the branches time to settle." Also, after arriving in New York City, employees discovered an adorable little owl had been chilling in the branches. It's unknown how long the owl had been in there, but he's now in good hands at a wildlife rehab facility. Just like us, the 2020 tree is going through it!

The "symbol of hope" before the holidays looked more like an anticlimactic shrub straight out of A Charlie Brown Christmas, but let's give our girl some time to freshen up! She'll get her lights, her extensions, her glitz, and her glamour just in time for the Dec. 2 lighting ceremony, the same way we will when we're ready to reenter society. Glow up, girl, we believe in you! Check out some funny reactions to the tree ahead, including one from the Rockefeller Centre Twitter account who said it best: "Wow, you all must look great right after a two-day drive, huh? Just wait until I get my lights on! See you on December 2! ;)."

Related:
Target's Christmas Decorations Are Here For the Season, and We're Already Filling Up Our Carts
Previous Next Start Slideshow
ChristmasChristmas TreesHoliday
Around The Web