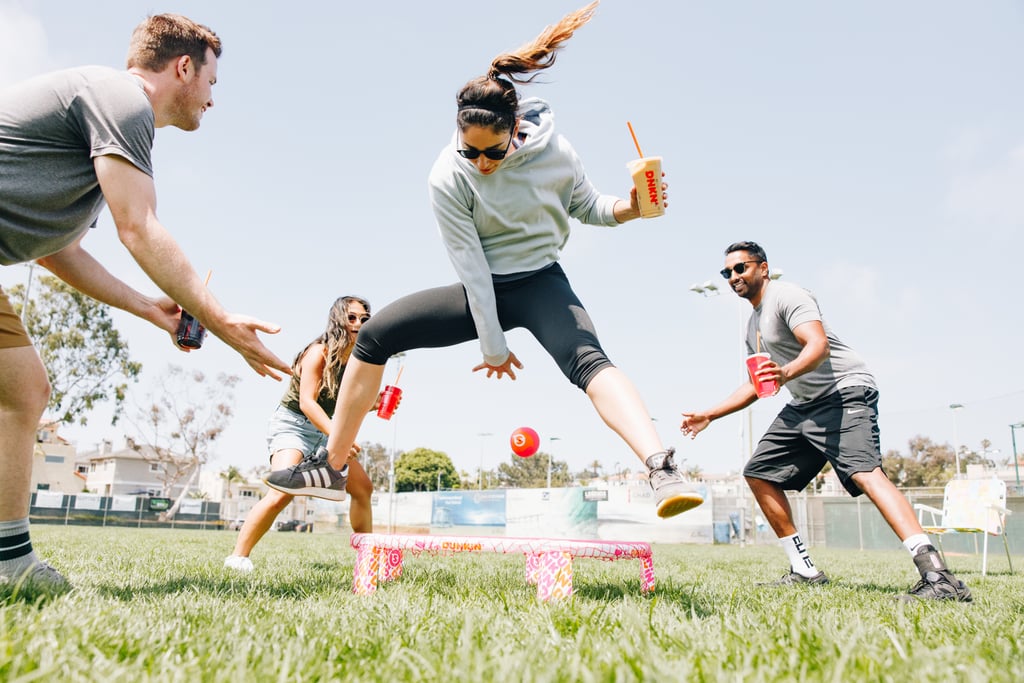 Grab a coffee, eat a donut, and prepare for the Spikeball game of the century. Dunkin' Donuts and Spikeball have teamed up to create a limited-edition Spikeball kit with Dunkin's famous pink and blue colours and label on it, and get this: it's so popular they already had to do a restock! The kit comes with two Spikeball "pro" balls, a portable ball pump and gauge, a pro carrying bag, and a free registration to Spikeball Roundnet's Association tournament so you can compete in the big leagues! Set it up in a park, backyard, or on the beach — the four-person game allows you to bump, set, and spike just like volleyball and can be played pretty much wherever without the hassle of setting up a net.

If you're interested in getting in on the action, head over to Spikeball.com/Dunkin and pre-order the kit for yourself for $125 — we'll see you at the tournament.

Related:
If You Ask For a "Fruity Straw" From Dutch Bros, They'll Put a Fruit Roll-Up Around Your Straw
Previous Next Start Slideshow
Dunkin' DonutsSportsSummer

Celebrity Style
Unitards Get a Bad Rap, but Normani Is Sure Doing Them Justice
by Yerin Kim 1 week ago 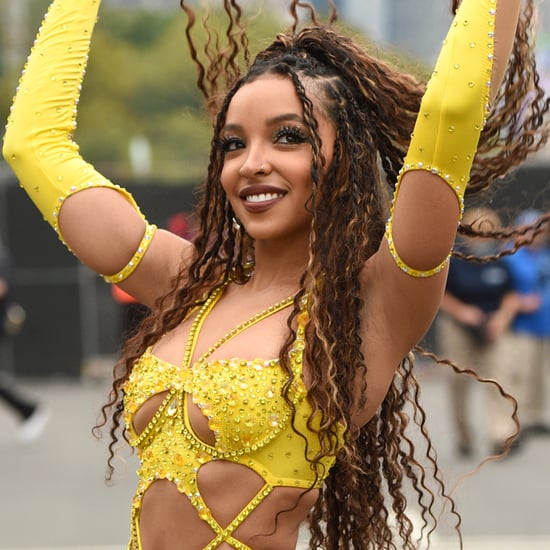