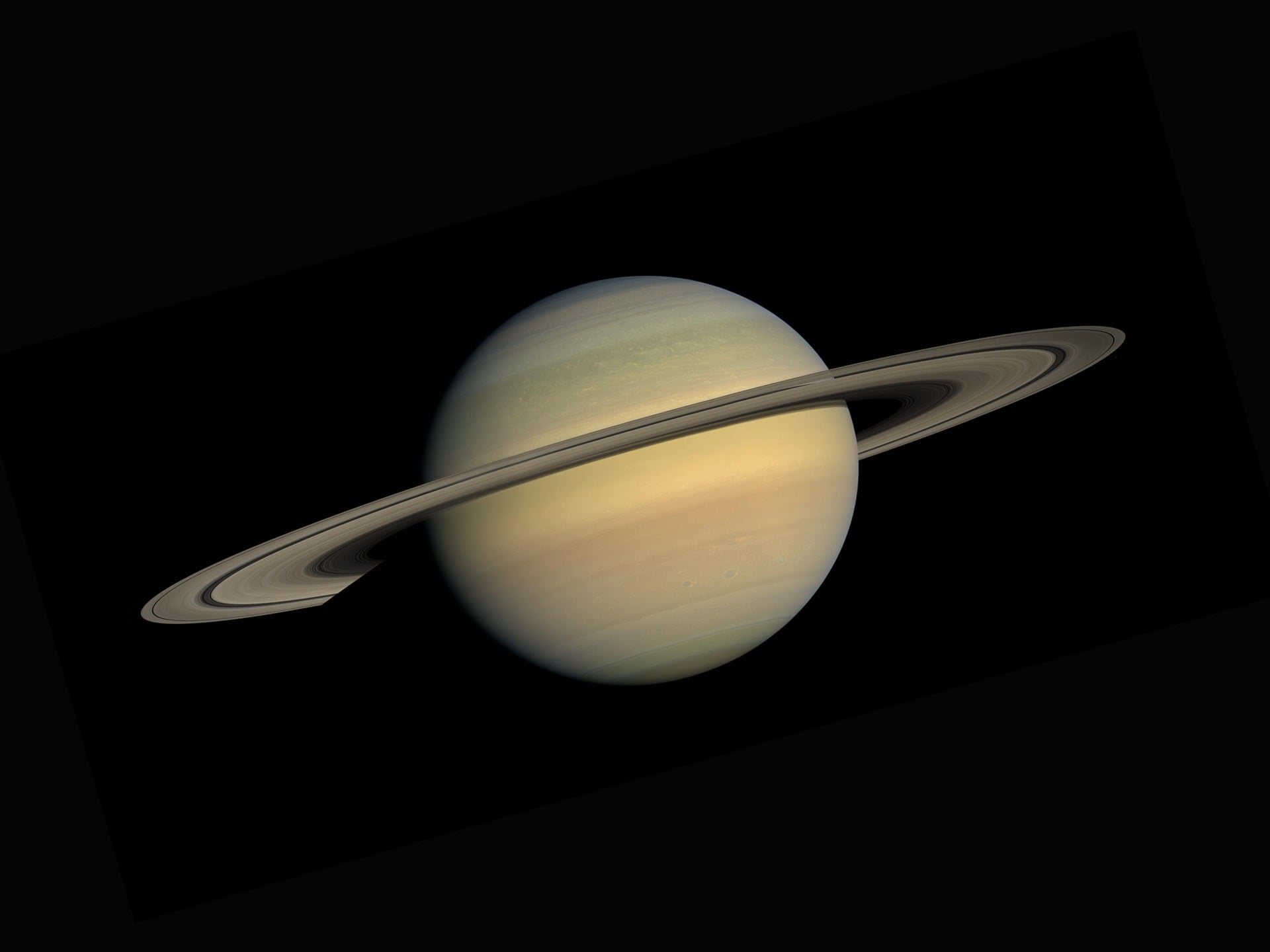 Saturn is certainly one of the most unique planets in our solar system. While Earth only has one moon, Saturn is surrounded by more than 60 known moons and is home to some of the most fascinating landscapes, according to NASA. The planet contains jets of water that spray from its moon, Enceladus, and methane lakes made out of colorless, odourless gasses. Aside from its landforms, the gas planet is also known in astrology for bringing structure and meaning to the world, especially during a Saturn return. If you want, you can even see Saturn at opposition this August! Saturn is known for many things, but one of the planet's most iconic features is its extraordinary rings.

The rings around Saturn are thought to be made of pieces of comets, asteroids, or shattered moons that broke up before they reached the planet. NASA stated, "They are made of billions of small chunks of ice and rock coated with another material such as dust. The ring particles mostly range from tiny, dust-sized icy grains to chunks as big as a house. A few particles are as large as mountains. The rings would look mostly white if you looked at them from the cloud tops of Saturn, and interestingly, each ring orbits at a different speed around the planet." But why does Saturn have rings?

According to NASA, nobody knows exactly why Saturn has rings, but they do know a lot about them thanks to information gathered by robotic spacecrafts. There are about 500-1,000 rings in total that are about 240,000 miles wide (which is about the distance from the Earth to the moon) and roughly 330 feet thick.

Scientists are constantly learning and theorizing about Saturn's rings. Research published in Nature states that Saturn's rings may have formed from an early Titan-sized moon, "whose upper layers were ripped off as it spiraled into the infant Saturn." Similarly, Space.com cites that the rings are from the debris of a shattered moon during a period of heavy meteorite bombardment.

Although we don't know exactly why Saturn has rings, it's still definitely one of the coolest looking planets in our solar system. With scientists constantly researching the planet, we're bound to get a thorough explanation about Saturn's rings eventually.