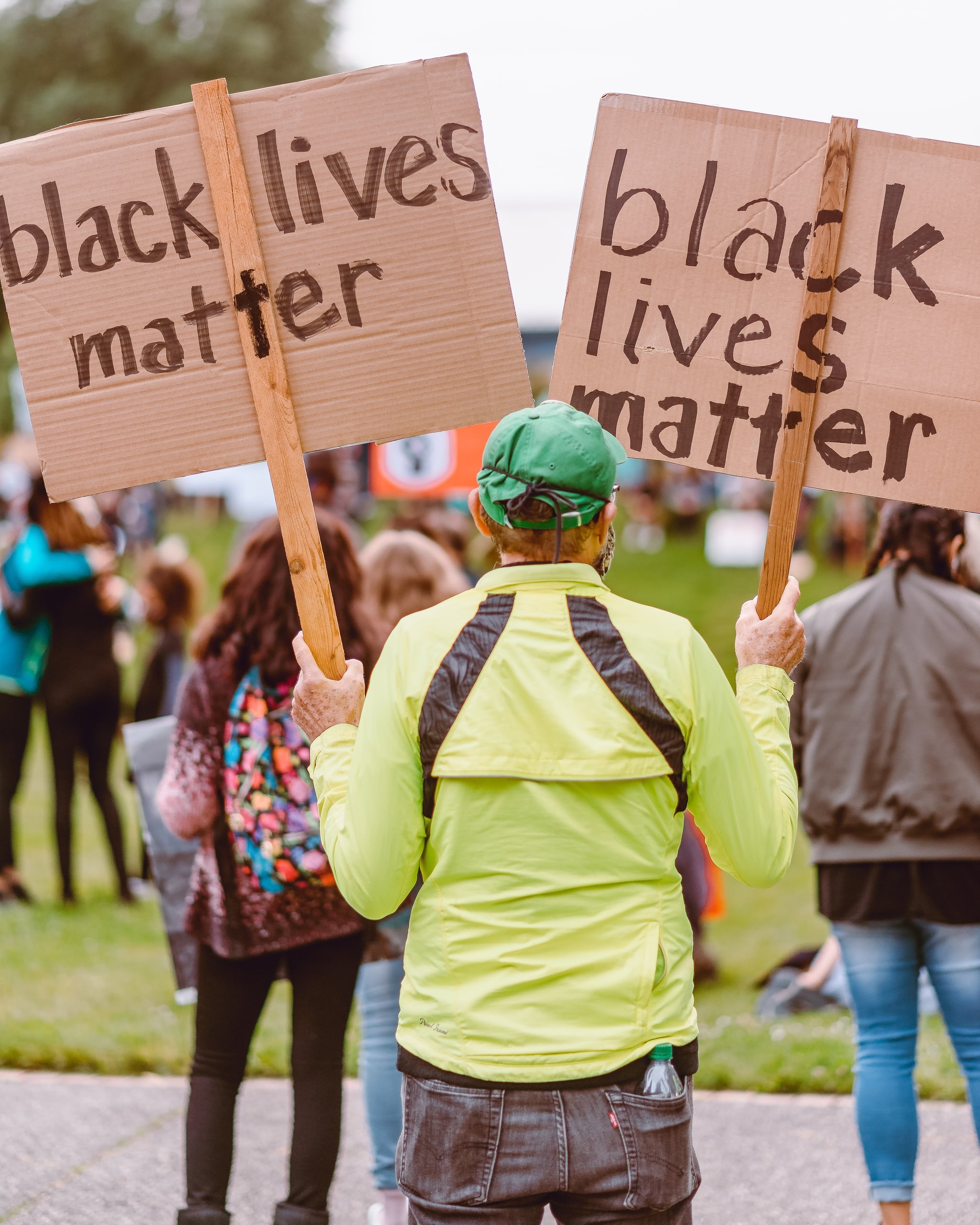 A few weeks ago, I spent the afternoon with my friend's 8-month-old baby. I was so fascinated watching her use her own strength to pull herself up and attempt to stand. Over the course of three hours, she fell more than 10 times and was completely unfazed. Like most babies, she didn't get it right the first time and knew she would need to remain dedicated and continue to put in work before she would see any results. This large of a goal (walking) takes time, focus, and practice, and she has an active desire to change and progress. This is how allyship should be: a focussed journey that results in achieving a goal. For us, that goal is an anti-racist and fair world, one where marginalized communities matter and are respected.

As new allies continue to navigate the world with a fresh lens on the prevalent racism that exists in this country, I feel it's necessary to check-in and see how you're doing. More importantly, to inspire you to continue the fight and position yourself in a way that's sustainable for the fight. While checking in with white people in my inner circle and mutual circles, one thing became clear: the buzz on allyship has faded a bit. The newly awakened who were radically charged and energized in June and July and are starting to grow fatigued.

A couple months of inner and outer work will not eradicate racism. Allyship cannot be a passing moment. Instead, it's a posture that one should hold every single day.

Maybe you spent the last few months at protests connecting with people of colour and maybe those connections have even turned into friendships. That's great and I'm happy for you, but I hope you don't think the work ends there. Just because you now have Black friends doesn't mean you don't have racial biases and preexisting tendencies. SoulCycle senior instructor Kamelle Mills said it so perfectly on the For Your (Dis) Comfort podcast: "A serial killer has friends that are alive. So just because he hasn't killed his friends doesn't make him not a serial killer." Having interracial relationships doesn't grant you an ally title. And it definitely doesn't negate previous ideologies and surrounding influence that individuals hold against people of colour.

Maybe you have been working on being an ally all year, or for many years and you are growing tired, feeling like all the inner and outer work you've done is all in vain and that your voice isn't being heard. To that, I'd like to share Michelle Obama's words from episode 2 of her podcast, The Michelle Obama Podcast: "This is gonna be their lesson in sustainability." In short, stamina takes time and discipline. Unfortunately (and it goes without saying), not everyone believes in justice and basic human rights for all. We must prepare ourselves for the resistance that comes at every moment along the change wheel.

Allyship should be a daily practice and the extensive racism and disrespect in this country towards marginalized communities should be enough motivation to fuel you. You have to constantly check yourself and others. Checking to see if there is an Amy Cooper or worse, in you.

"Ignorance is bliss" can no longer be a thing. Ignorance is lazy, period. In 2020, there are a plethora of mainstream and indie websites and organisations that are pushing out anti-racist resources daily to educate yourself on bias and underrepresented communities. There are also numerous books you can read about how to be a better ally. If you're still living in a time where you can say, "I didn't know it was this bad," you are simply not doing the work.

So how do you create sustained activism? I think there are three steps: awareness, education, and action. The awareness probably started for a lot of people in June following the murder of George Floyd. The uproar ignited people to become knowledgeable of other Black men and women who were wrongfully killed at the hands of police. This awareness turned into a large percentage of the American population educating themselves on the roots and types of racism: structural, institutional, systemic, and personal. Some allies are still in this phase, which is OK - there is a lot to learn if this is your first time uncovering racism, not to mention some never-seen-before killings and racist video footage is just now surfacing.

To the allies that are on the action stage: you must reflect and diminish your pre-existing biases. Action looks like signing petitions, donating to organisations that support racial justice, protesting, shopping Black, and perfecting your understanding of the historical patterns of oppressed and marginalized communities.

If you're tired right now, that's a good thing. There is a lot of work to do and the tiredness shows you are playing a vital role in that. Not everyone has the luxury to rest and pass the baton to another, so I'm not going to suggest that as the solution to sustainability. Instead, I advise you to refuse to let someone's inability to see and dismantle racism silence you.

I also want you to be wary of a lack of applause for continued allyship. It's my impression that activism is not buzzing as severely today as it was a few months ago because people got the praise and visibility as being non-racist by the people they hoped would see them as "one of the good ones." Gratitude and performative respect should not be the end goal. Your goal should be change. A couple months of inner and outer work will not eradicate racism. Allyship cannot be a passing moment. Instead, it's a posture that one should hold every single day.