From a brick wall to the dress, we may be the most technologically advanced generation, but there's nothing we enjoy more than a good mental magic trick. It should come as no surprise, then, that any time someone spots one of these gems in the wild, it immediately makes its way to social media — and immediately goes viral. The latest example of our enduring love for optical mind-trickery comes in the form of a magician's brand new take on a classic optical illusion.

Fifty-eight-year-old Georgia, USA resident Victoria Skye bills herself as a magical entertainer and illusion artist, and her personal website is chock-full of reasons why that's the perfect way to describe her work. But it took Martin S. Taylor posting one of her artworks to Twitter on Aug. 7 to make her truly go viral — and to spark a fierce debate over whether or not the many lines in the image are bent or, as many claim, are parallel and straight.

The "café wall" illusion is traditionally "an optical illusion produced by a black and white rectangular tessellation when the tiles are shifted in a zigzag pattern," according to Wolfram Alpha, which also confirms that "While the pattern seems to diverge towards the upper and lower right corners in the upper figure, the grey lines are actually parallel." In other words, it's all about the combination of math and colours, which Skye excellently illustrated in her image.

Don't worry, though, if you don't really see what you think you're supposed to — you're not alone. The internet is awash with individuals speculating on whether they had just fallen victim to a hoax, or if there was something wrong with a large percentage of the population's brains. Fortunately, thanks to mathematicians over the past couple of centuries, we can unequivocally say that the lines are in fact straight. You just have to convince your mind to see what it's supposed to.

Real talk: When you do actually see it correctly after staring at it for hours, boy is it a satisfying feeling. Spend some time with a full-size version of Skye's photo, below. 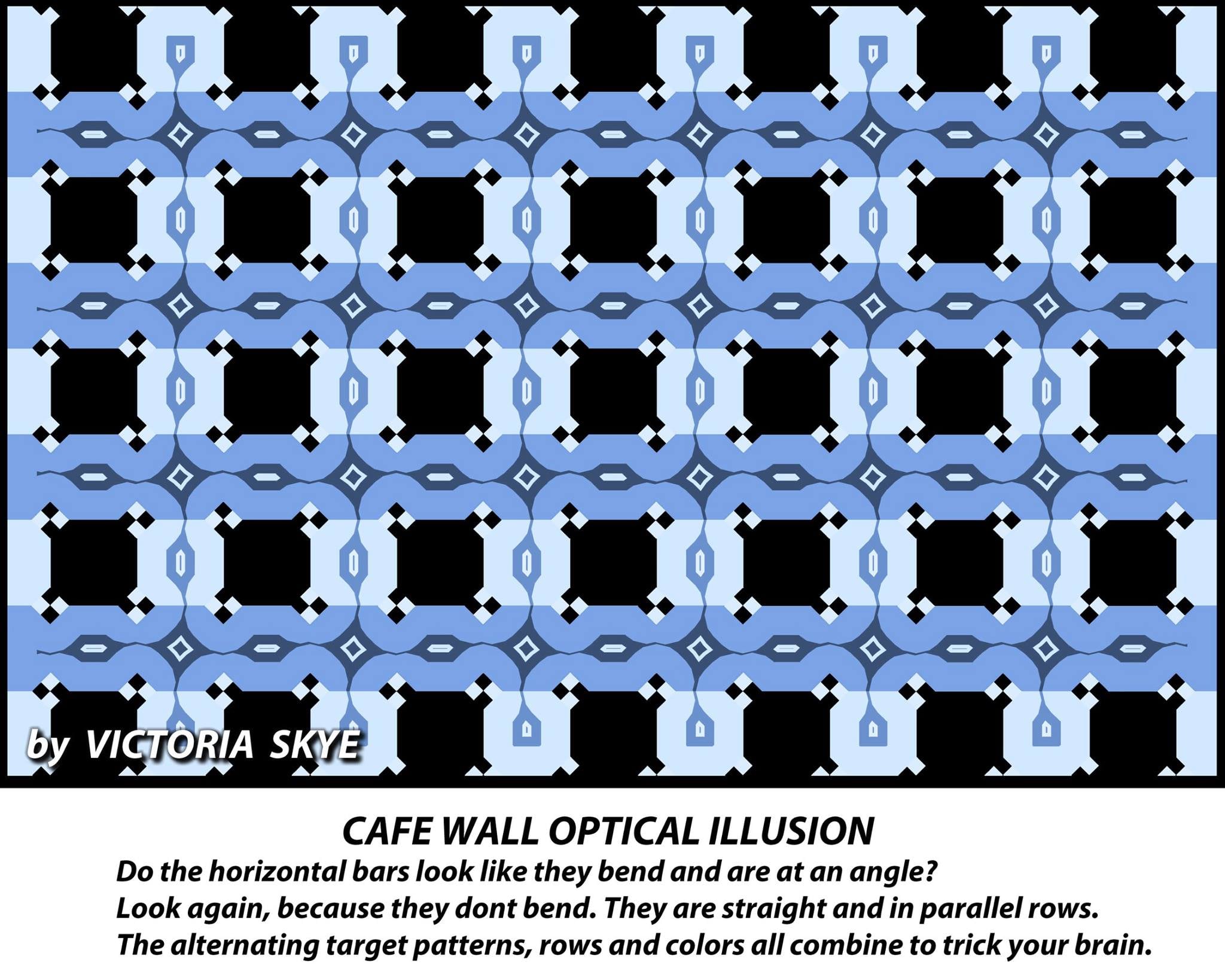