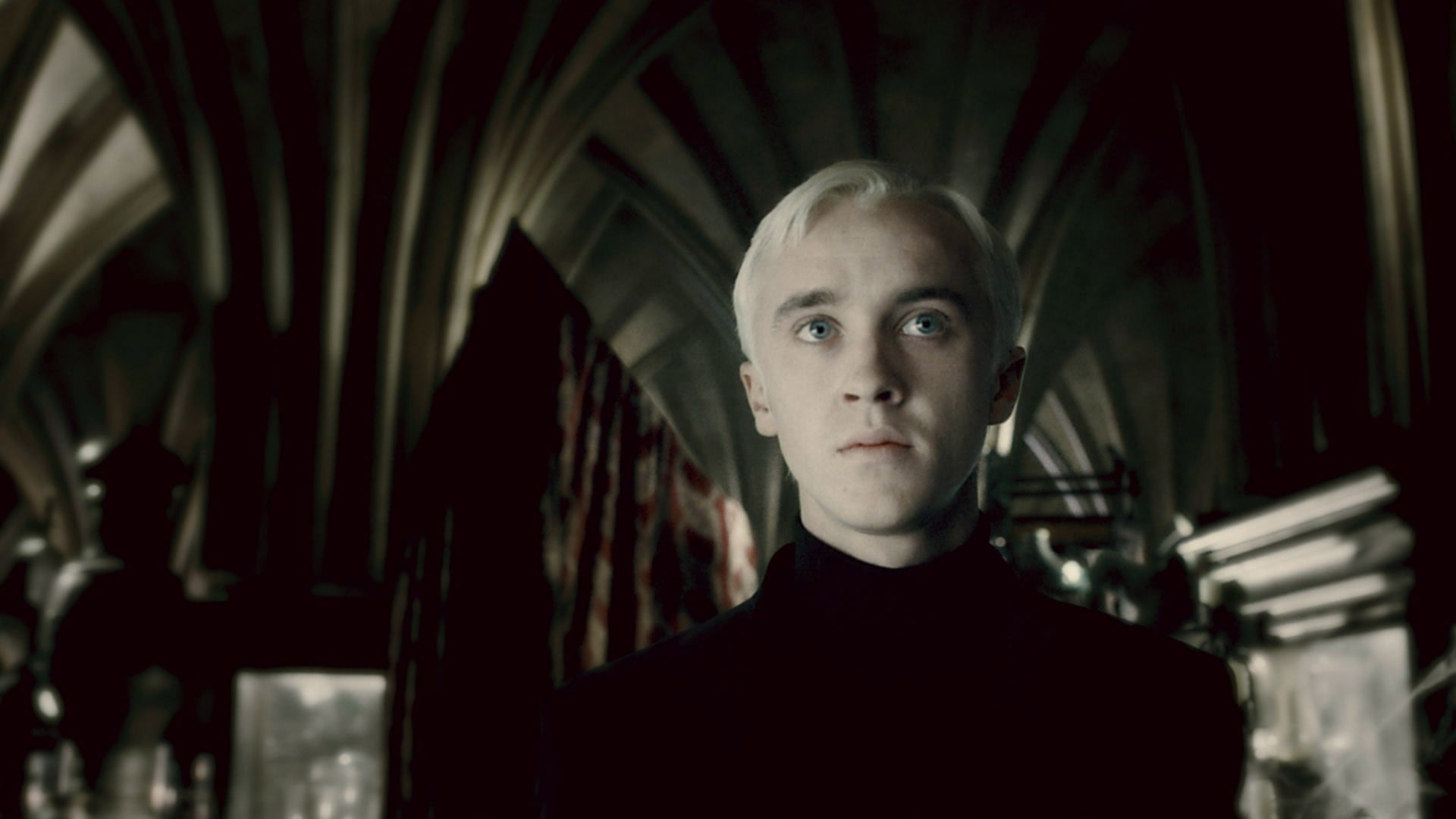 Most Harry Potter fans can agree that Draco Malfoy is a bully who deserves zero sympathy from anyone. While most of his behaviour is inexcusable, one theory about the sixth and seventh books might make you reconsider your thoughts on Draco and the Malfoy family. The theory suggests that as a form of punishment ordered by Voldemort, Draco was bitten and became a werewolf.

This isn't a new theory, but recently resurfaced in an Imgur post and still exists on the website Draco Malfoy Is a Werewolf. It states that Draco was bitten by Fenrir Greyback after Harry Potter and the Order of the Phoenix takes place because of Lucius' mistakes. Lucius failed to retrieve the prophecy and previously let one of Voldemort's horcruxes get destroyed in the second book. As Remus Lupin shares in Harry Potter and the Half-Blood Prince, Greyback is often used by Voldemort to punish his enemies by letting him bite children and turn them into werewolves. In the same book, Harry starts to notice how pale and different Draco acts. He presumes to think it's because Draco is now a death eater, but with the theory in mind, it's actually because he's a werewolf. It's also why Draco has a close relationship with Severus Snape, as only he could brew the Wolfsbane potion for Draco.

Since Draco was no longer a true pure-blood, it also explains why the Malfoy's end up betraying Voldemort in the last book and leaving him behind. They could no longer abide by and fight for pure-bloods because of Draco, so they saw no reason to continue supporting Voldemort.

Though this theory is severely convincing, J.K. Rowling took to Twitter to dispel it in 2015. Someone tweeted at Rowling the question of whether Draco was a werewolf and Rowling said she hadn't seen it — and that it wasn't true. You can see it below.

I've never seen that one before. Draco definitely isn't a werewolf (and Snape's not a vampire). https://t.co/TSliADJvyi

Even though Rowling has essentially shut down this theory, we're still hoping it was true. It would make up for Draco's attitude towards Harry and everyone else.