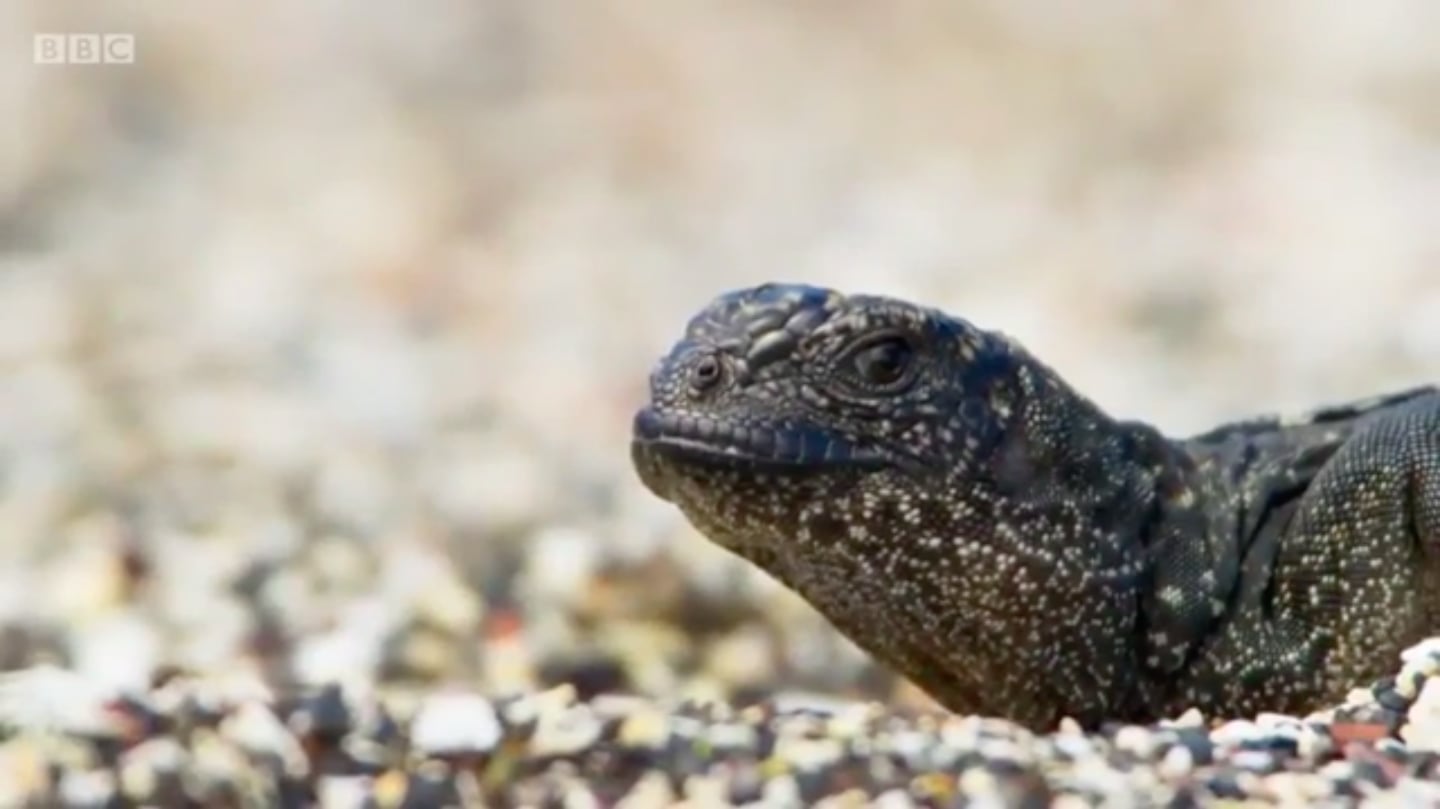 Who knew watching an iguana on the run for his life could be so fascinating? This clip from BBC's Planet Earth II shows the heart-pounding moment when a baby iguana comes face to face with a group of snakes ready to squeeze him to death. The intense moment has many Reddit users comparing it to a dramatic scene from an action-packed movie.

"That jump at the end . . . All it needed was a building exploding behind the iguana and BAM. $100 million opening weekend," Reddit user Wild_Hearts_Run noted. The moment was even compared to the Bourne Identity franchise. "The Bourne Iguana," Reddit user Sicarious27 joked. Press play below to see the jaw-dropping video that has everyone captivated.

Baby Iguana being chased by snakes. Possibly the greatest scene in documentary history. from videos