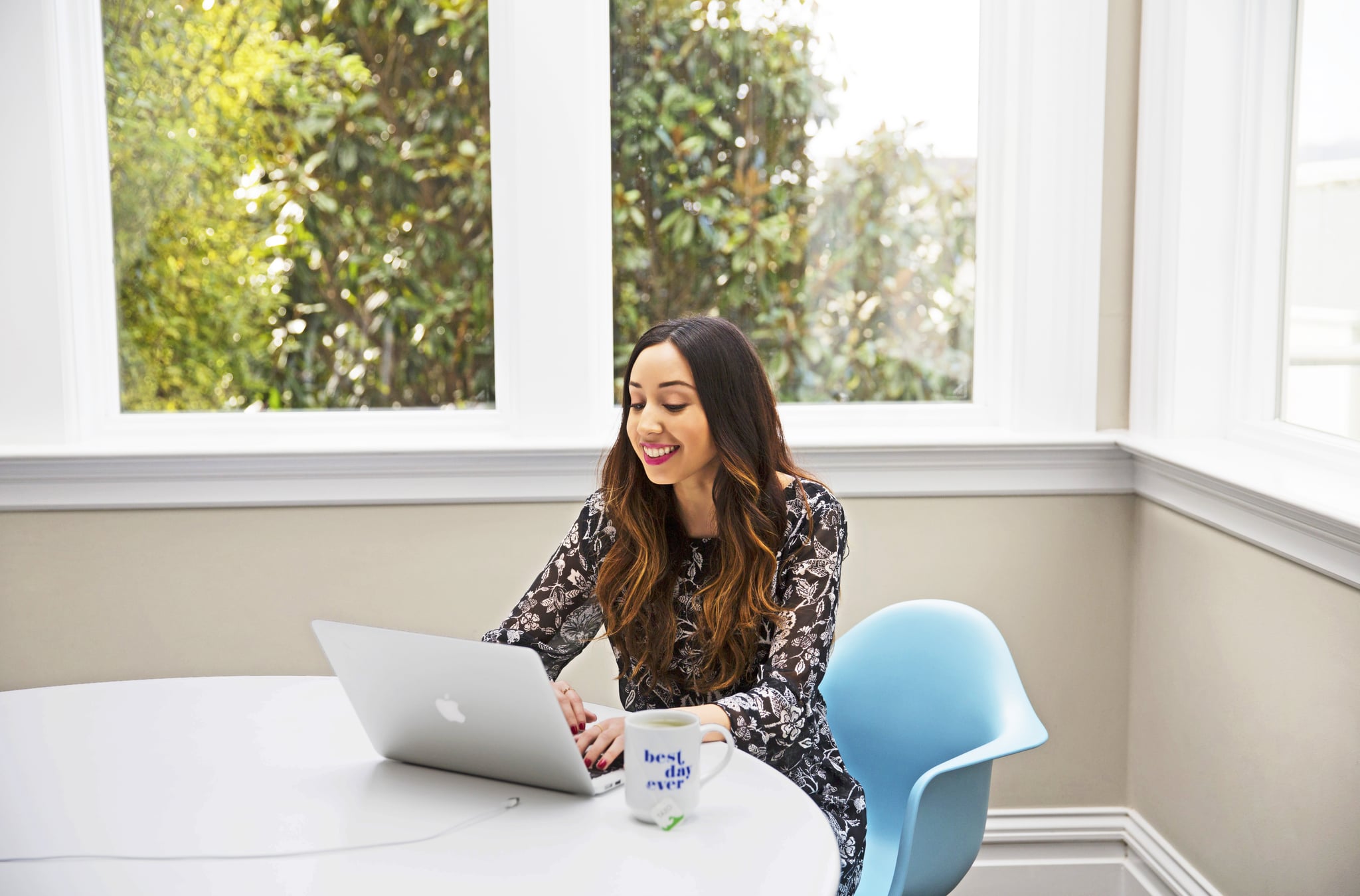 It looks like Cards Against Humanity is in the market for a new leader, but the company has one very specific candidate in mind — someone who may or may not have just led the entire country for eight years.

Yep, that's right. The business behind your favourite inappropriate card game really wants Barack Obama to be its new CEO, and is going to great lengths to get his attention. The makers of the party game posted detailed job listings in both the Chicago Tribune and on Craigslist to advertise the open position with some strangely particular requirements. Some of the qualifications include:

The humorous ad goes on to say that "the ideal candidate will be excited to travel for work and be a recipient of the Nobel Peace Prize." It doesn't get much more obvious than that. The benefits of this position? "Health/dental/vision insurance (while available)" and unlimited access to almonds, as a nod to Obama's nightly almond-eating habit. You can read the full-length version of the viral ad on Craigslist's website or see it below. 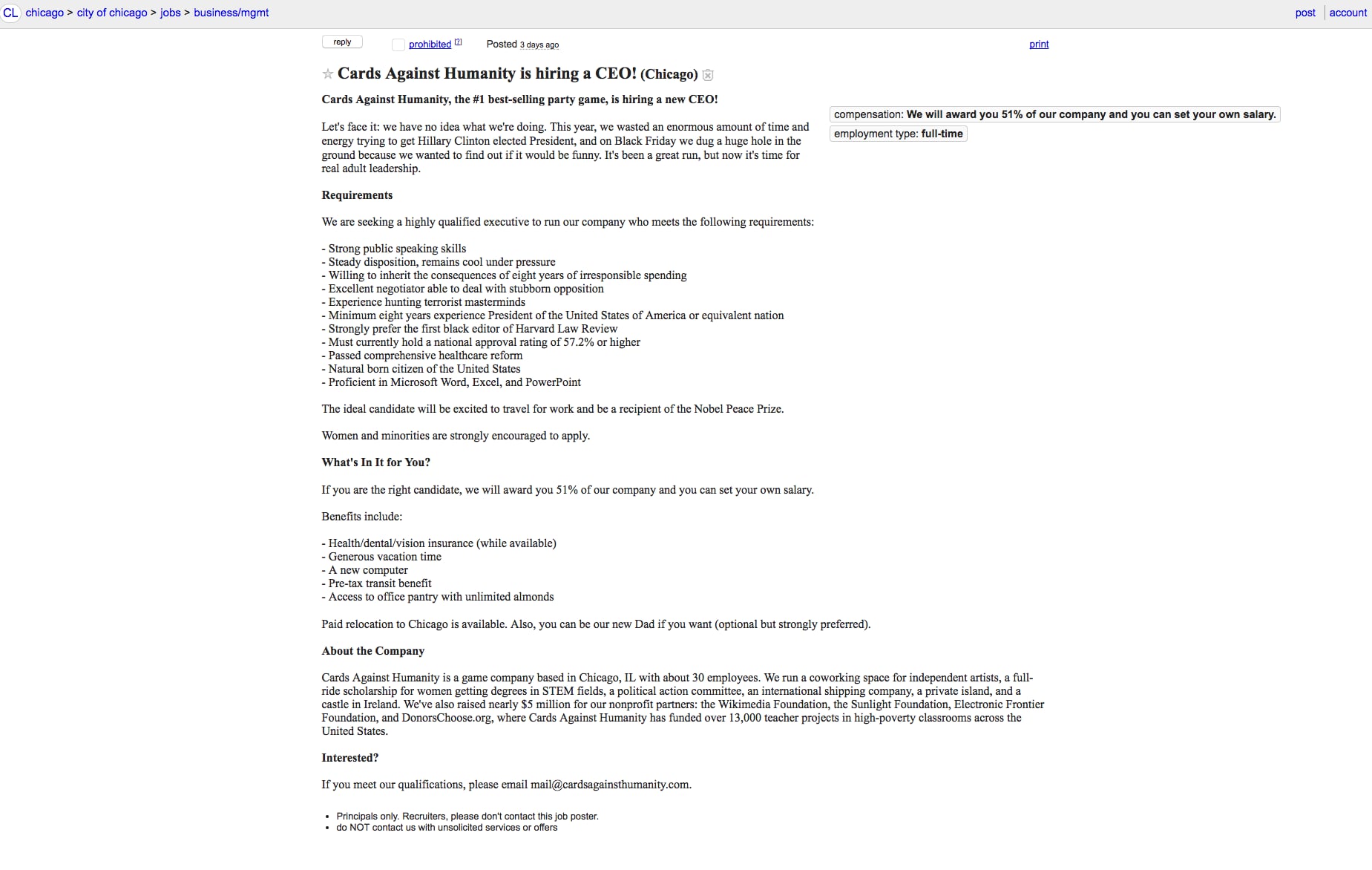 So far, the former POTUS has not responded to the company's plea for his leadership skills, but we can only hope that he does because it's sure to be an entertaining reaction. In the meantime, you can catch us playing the Donald Trump version of the hilarious card game.