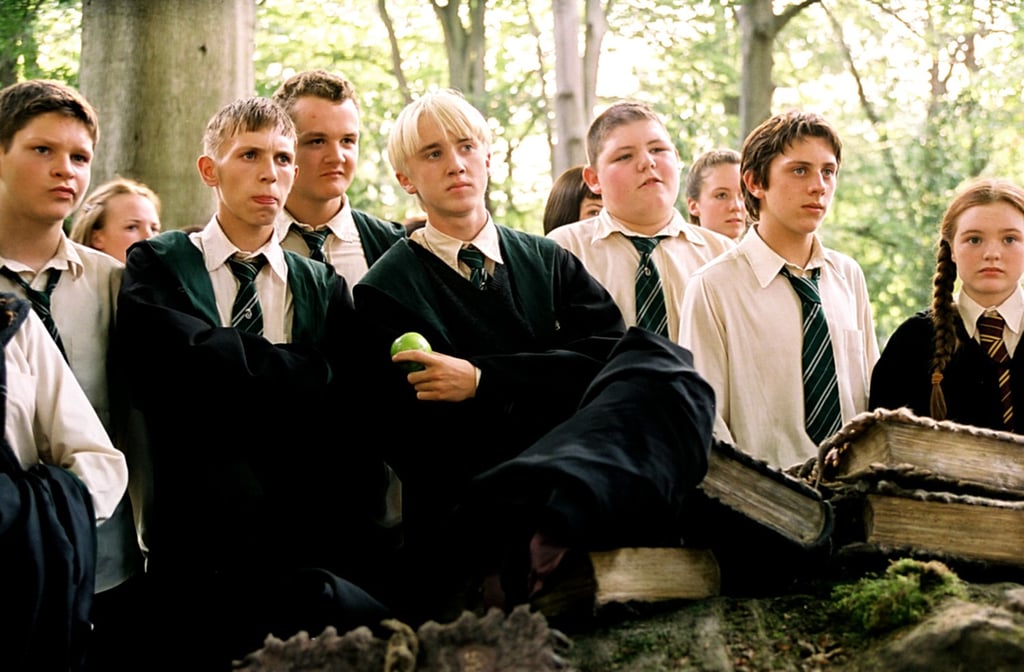 Harry Potter fans are many things. Creative, brilliant, hilarious, and sometimes, we're a little weird. I talked with Tom Felton aka Draco Malfoy at the opening of the Wizarding World of Harry Potter Hollywood, and I obviously had to ask him the most important hard-hitting question of all: what's his favorite pair to ship in the Harry Potter world? When he asked me if I knew what "Drapple" was, everything I thought I knew about Harry Potter, Harry Potter fans, the internet, and life in general flew out the window. Basically, Drapple is a romantic relationship pairing that fans ship, or pull for, and it involves Draco Malfoy and an apple. A green one, like the one that started this madness in a scene in Prizoner of Azkaban. I actually felt like a terrible fan for not knowing about this, um, unique ship, which people argue is canon because, OK technically it is.

He does caress one lovingly in The Half-Blood Prince as he pulls it out of the Vanishing Cabinet. And the way he bites into that crisp, juicy fruit in The Prisoner of Azkaban does seem sexy, I guess? Sh*t, I think I've spent too much time in the depths of Tumblr . . . because am I shipping Drapple now too? No, for me, it's Dramione for life. Here's some of the internet's most creative Drapple memes, GIFs, and fan art that may have you weirdly shipping the pair but will definitely have you laughing out loud.