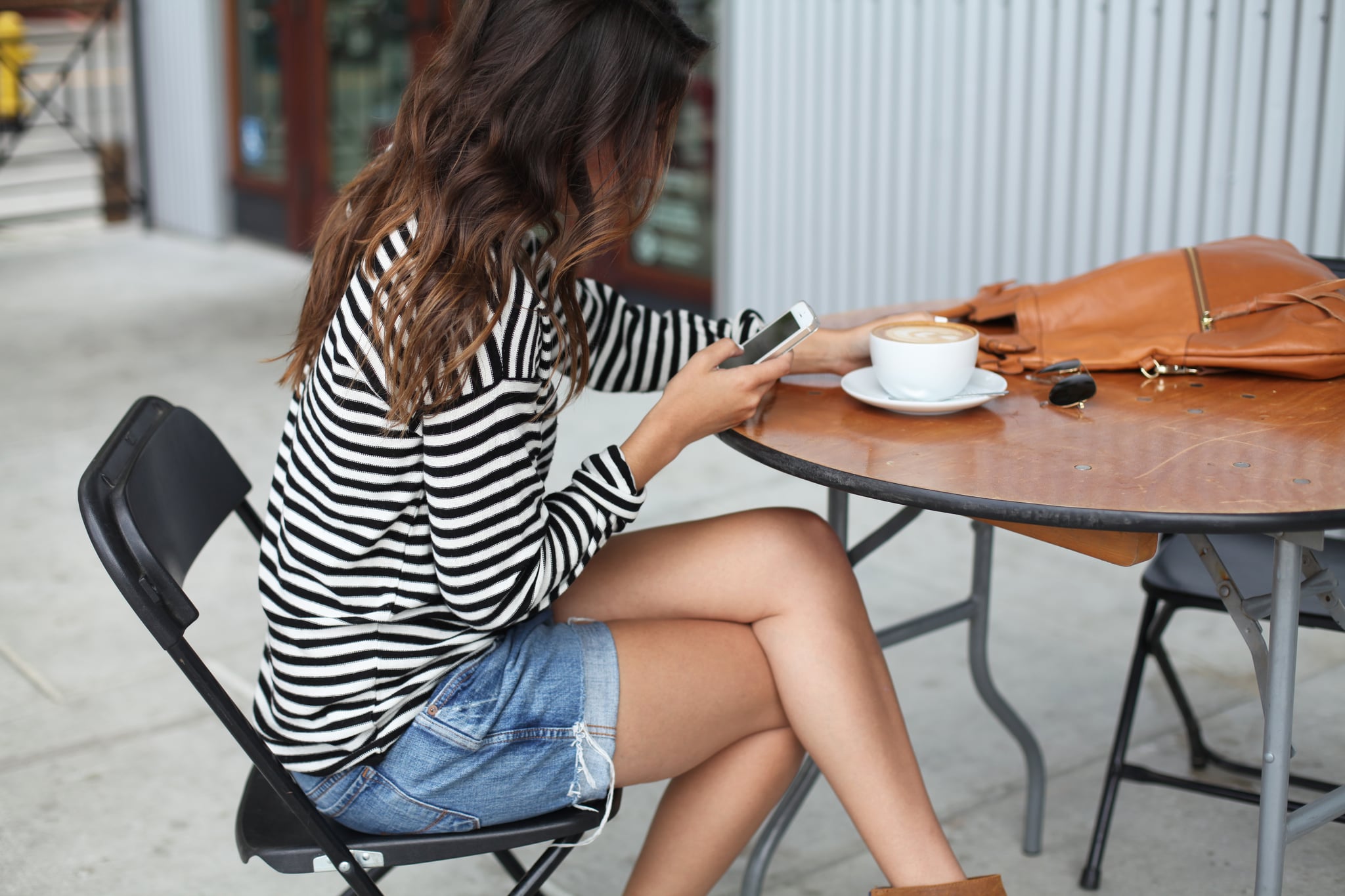 We see the pictures on Instagram all the time — you know, the ones documenting our latest meal and what we were doing on a certain day. Of course, what we forget is that we most likely took those photos in the presence of someone else, prioritising our phone over spending time with them. Turns out that "phubbing," the term for someone who phone snubs you, can hurt your relationship, according to a study.

To begin, researchers at Baylor University surveyed 308 adults to develop a "Partner Phubbing Scale," which was made up of nine items that people in relationships said about their partner's smartphone use. This included actions we do all the time like placing our phone face up on a table or checking our phone if the conversation comes to a dead end. The second survey quantified these actions and found of the 145 adults surveyed, 46.3 percent said their significant other "phubbed" them. Though most of us would think that's fine as long as we're not on our phone for too long, it might not be since 36.6 percent said "phubbing" depressed them. And if that wasn't awful enough, 22.6 percent said it led to issues in their relationship.

"When you think about the results, they are astounding," said Dr. James A. Roberts, professor of marketing and lead researcher on the study, in a press release. "Something as common as cellphone use can undermine the bedrock of our happiness — our relationships with our romantic partners."

Yikes, guess we all definitely need to take a break from our phones every once in a while. Trust us, it's not as hard as you think it is, and hey, it could end up saving your relationship.

Tech
Why Millions of People Are Leaving WhatsApp, and Downloading Signal and Telegram Instead
by Kara Kia 5 days ago

TikTok
This TikToker Designed Tattoos Inspired by Harry Styles Songs, and I Want Every Single One
by Danielle Jackson 1 week ago