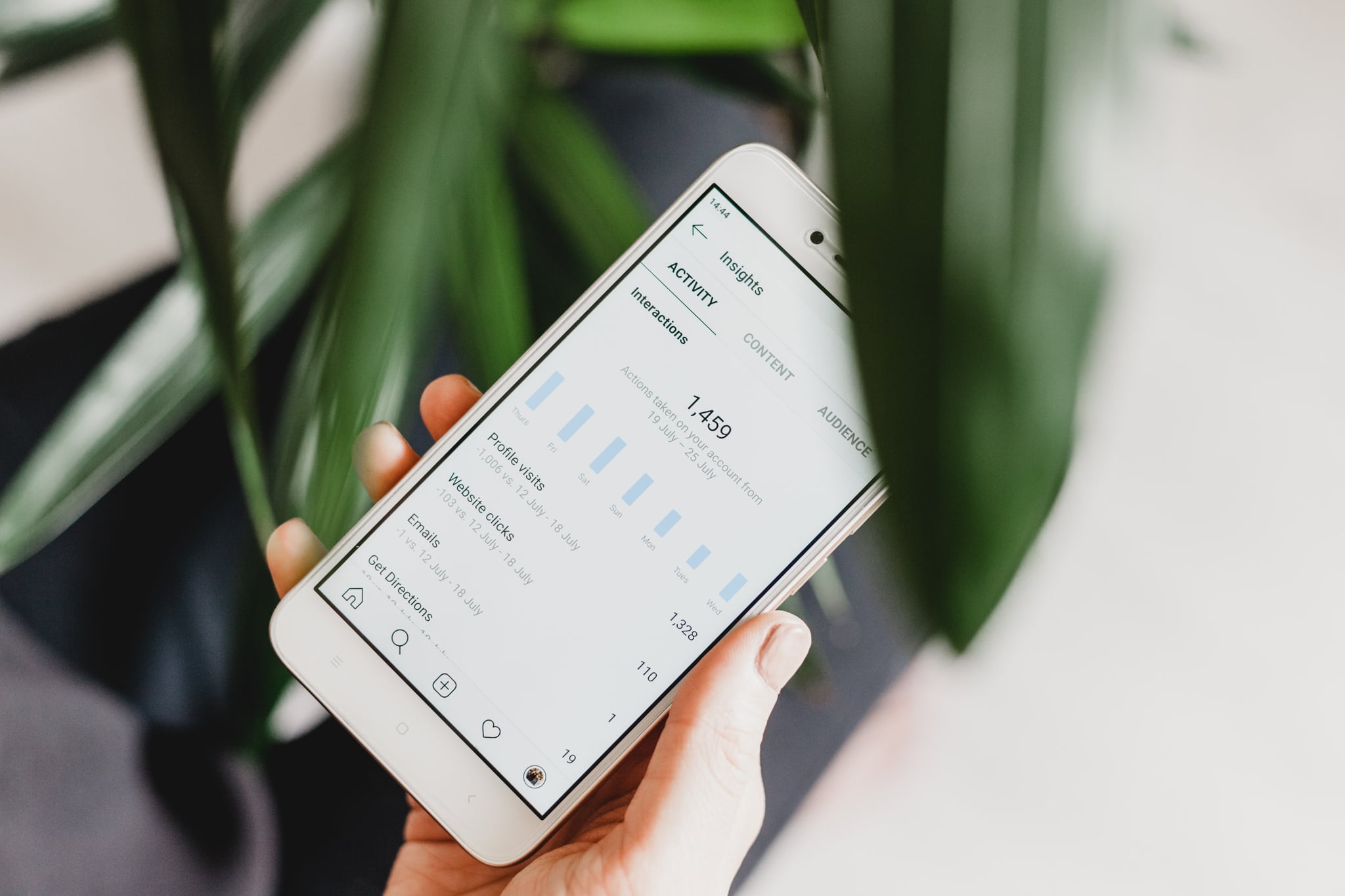 If you had to describe Instagram in three words what would it be? I'll go first: a photo-sharing app. At least, that's what I would have said until Head of Instagram Adam Mosseri announced otherwise. "We're no longer just a square photo-sharing app," Mosseri said in a June 2021 Instagram post. Although this declaration was intended to stir excitement about the next phase of Instagram's growth, as a 26-year-old zennial (not a millennial but not Gen Z) who came of age during the app's prime years, I found it a bit hard to hear.

In theory, an app's evolution is a good thing. You can work out the bugs, introduce new technology, and ensure it stays relevant to its users. But where's the line? From Instagram's birth in 2010 to its introduction of video in 2013 to a polarizing algorithm change in 2016, and beyond, I've witnessed almost every turn the app has taken. And while I've always welcomed those changes, every shiny, new feature or algorithmic makeover — which seem to come in quicker and quicker succession — makes me a little less excited than the one before it. Sure, maybe it's just growing pains, but I can't help but feel that Instagram is losing sight of what made people fall in love with it in the first place.

Funny enough, Instagram wasn't even intended to be a photo-sharing app in the first place. It started as a location-sharing app called Burbn, on which you could check into locations with a picture attached. In its original form, Burbn was kind of a dud; ironically, creativity researcher and author Keith Sawyer, PhD, described it as "a jumble of features that made it confusing," according to The Atlantic. Its photo-sharing feature, however, was so popular that the original founders, Kevin Systrom and Mike Krieger, rebranded the app to focus solely on stylized photos, renaming it Instagram and scaling back the features significantly. Before the app showed a glimmer of its clear potential — and before it drove any significant revenue — Facebook CEO Mark Zuckerberg saw it as a competitor, and he later purchased it for $1 billion just two years after it was released — a deal few people expected at the time. Now, it seems like Instagram, led by an entirely different team, has its sight set on anything but photo-sharing, with video-focussed features like Instagram Reels and influencer #sponcon often front and centre.

I started to lose interest in Instagram when I noticed my 'likes' on posts weren't lining up.

If not solely a photo-sharing app, what is Instagram? A TikTok? A Facebook? A Twitter? A Clubhouse? A Spotify? Mosseri's made clear that he aims for Instagram to be a general entertainment app, but can one app really be all of those things successfully? The truth is, I love Instagram for what it was founded on: the ability to create an online photo album to share with your friends and family. The motions of choosing your best picture, transforming it with the Sierra filter, and knowing your followers — not bots and strangers but people you know and love — would see it were simple but special.

I started to lose interest in Instagram when I noticed my "likes" on posts weren't lining up. Granted, Instagram has attributed potential drops in follower engagement to user patterns, claiming "most look at less than half of their Feed." Even then, it's still hard to make sense of the fact only a small percentage of my following appears to engage with my posts, when that percentage was much higher for so long. While Instagram has slightly pulled back the curtain on the science behind its many algorithms, including that its intention for the 2016 algorithm update was to ensure users saw more of the content they wanted to see, this change, among others, has made me feel like I have to employ some grand strategy with my posts — posting at certain times or getting hyper-specific with my content for performance purposes — and for what? Just to be seen? To me, Instagram's seemingly boundless added features, heavy advertising, and mysterious algorithm changes have made it feel less like an enjoyable forum to connect and more like a game — one I never signed up for.

My passionate response to Instagram's recent series of changes isn't driven by nostalgia so much as it is by a love for photography. We've all heard the adage "a picture's worth a thousand words," but is it if it's drowned out by so much other noise from people and brands you've never even heard of? While I understand the social media landscape is much more competitive than it was in 2010, it seems silly for Instagram to push its focus on simple photography — the feature that made the app what it is today — to the back burner.

Do I have to be an aspirational 'content creator,' rather than just an ordinary person sharing static moments of their beautifully ordinary life with the people I love?

Instagram doesn't have to be everything. And in its attempt to be, rather than gleaming with wide-eyed wonder over new features and kitsch-y video filters, I'm left with more questions than answers: isn't there a better way to remain competitive and still focus on photography? Why do I feel like I have to post a Reel to be seen on the app? Do I have to be an aspirational "content creator," rather than just an ordinary person sharing static moments of their beautifully ordinary lives with the people I love

I know Instagram won't stop evolving — it shouldn't — but there's something to be said about the simplicity of sharing a photograph that I pray never gets lost in the shuffle, and I hope those at the helm of the app can recognise that, too.