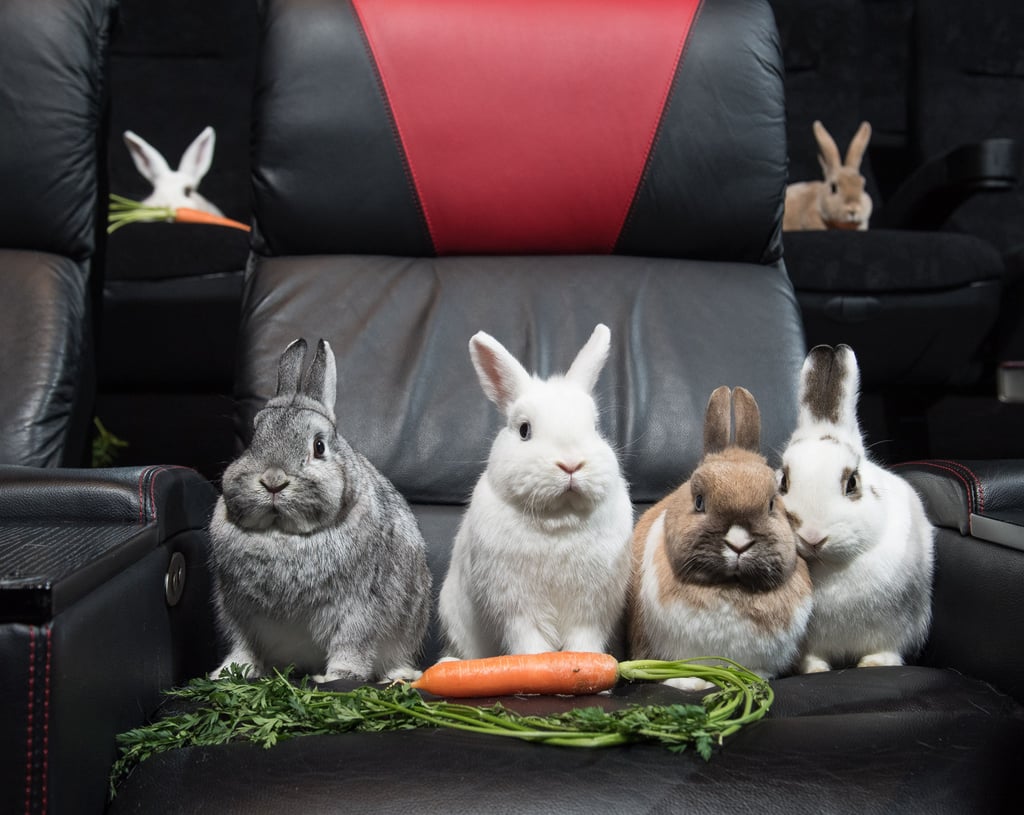 A Bunch of Rabbits Went to the Cinema, and It's the Cutest Thing You'll See Today

We knew the release of Peter Rabbit would bring with it lots of cute bunny-related photo ops, and on Wednesday we got the best of the bunch. Ahead of Friday's nationwide UK release, Vue cinema in Bedford hosted a special preview screening of the "controversial" film, especially for rabbits!

The gaggle of adorable floofs (who look suspiciously like well-loved pets, rather than the wild rabbits of Beatrix Potter's beloved story) allegedly got a sneak peek at the film, which features the voices of James Corden, Daisy Ridley, and Margot Robbie. We have a feeling they were more interested in the carrots that took the place of popcorn as their cinema snack than paying attention to the film, though. Take a look at the cute photos ahead; they're just what you need to get over hump day!

Previous Next Start Slideshow
PetsMoviesLOL
Around The Web