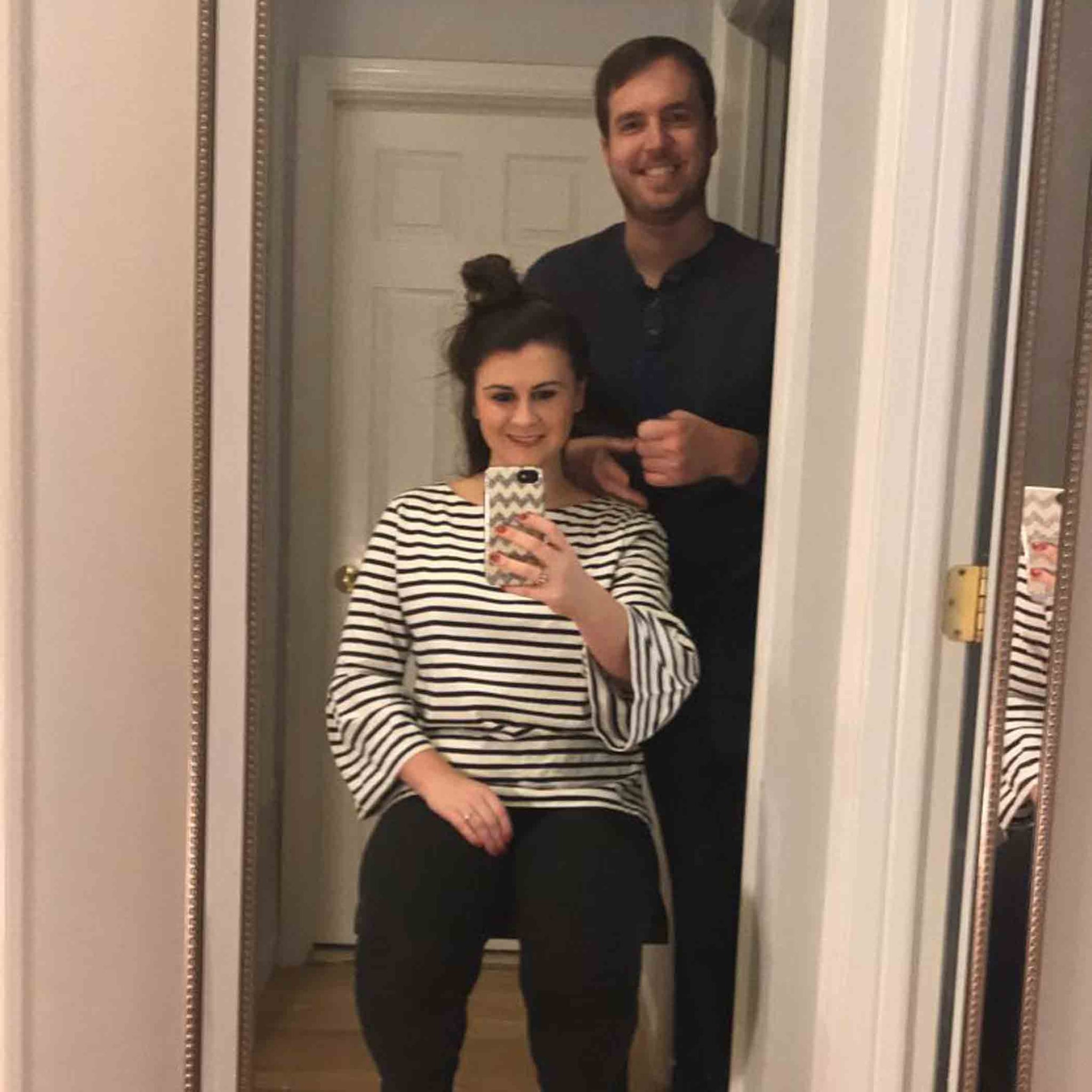 If there's one mundane task in this world that I f*cking hate doing, it's getting a haircut. I have no specific reason, nor can I point to a bad past experience to blame, but my feelings still stand: I dread it. Don't get me wrong: if my group of friends is relaxing with a blow-dry and a glass of Champagne after work, sign me up! But when it comes to the shears, swivelling chairs, and attempting to stay still for more than 30 seconds, it's a hard pass.

Long overdue for a trim, I started to dread the thought of making a salon appointment until a brilliant idea popped into my head: I'll just have my fiancé Chris — who's a hockey reporter with absolutely zero haircutting experience — do it at home while I watch Catfish reruns. What could possibly go wrong?

A few things to know before assuming I'm totally crazy: first, the plan was to do a straight up trim. Nothing fancy. It had been a year since my last trim, so I wasn't too concerned about my layers. Surely, they had grown out by then, right? (Insert nervous laughter). Second, I don't colour my hair, which knocks out a very long — and often costly — step of hair care I don't have to bother with yet.

Related:
Everything You Ever Wanted to Know About Your Hair Type

And make no mistake, I desperately needed a haircut. I have a sh*tload of hair and started to resemble Cousin It if you weren't wearing your glasses or were standing more than 20 feet away. Proof of that phenomenon: 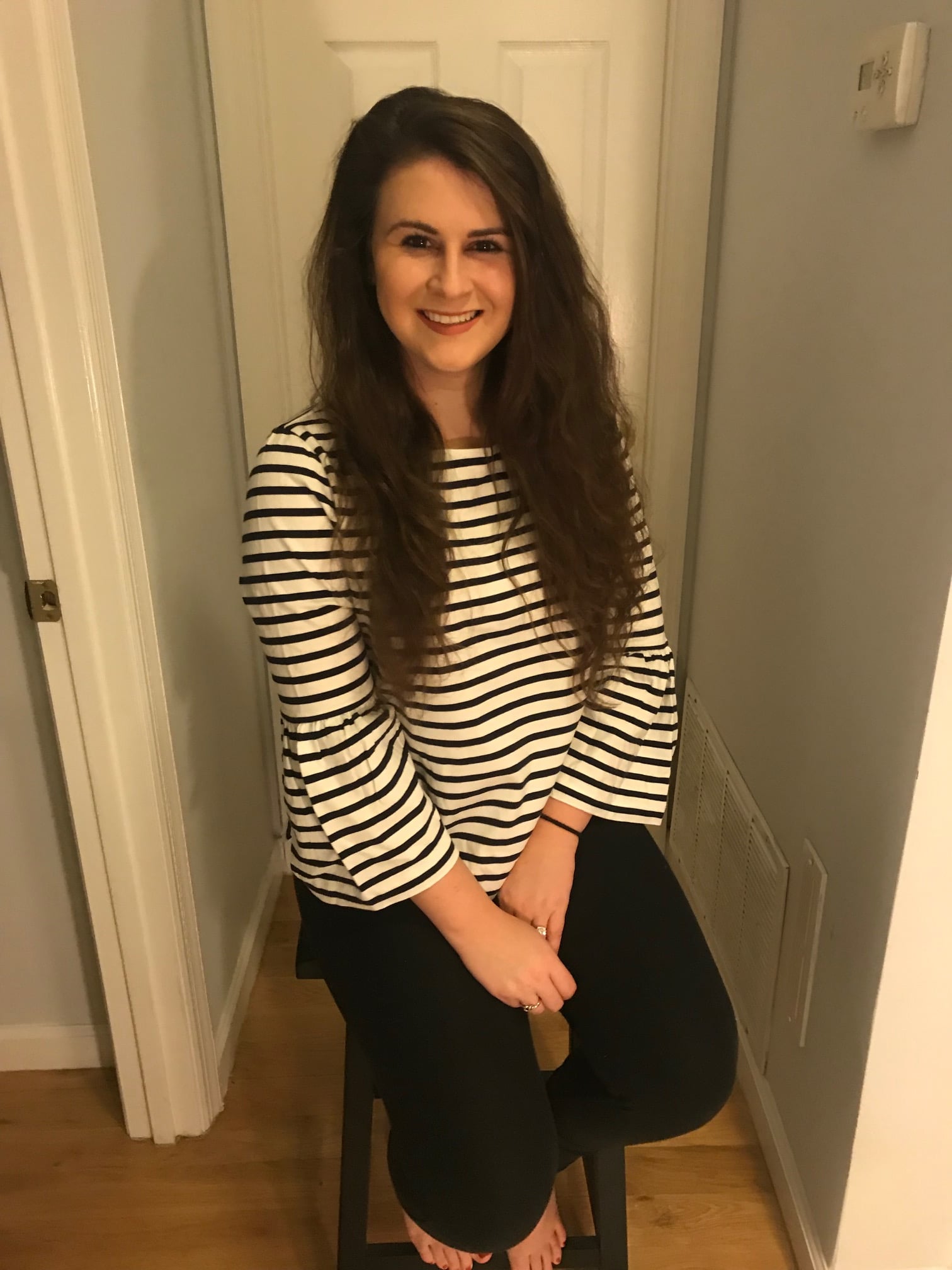 After getting the green light from Chris, I ran to the shops to pick up some hair products I needed for my makeshift salon, like a set of combs, a hair dryer (I didn't own one beforehand, don't judge me), a round brush, and a squirt bottle. I couldn't find salon-calibre shears, so I went with the next best option: kitchen scissors from my knife block. Peep my high-end (read: naff as hell) salon: 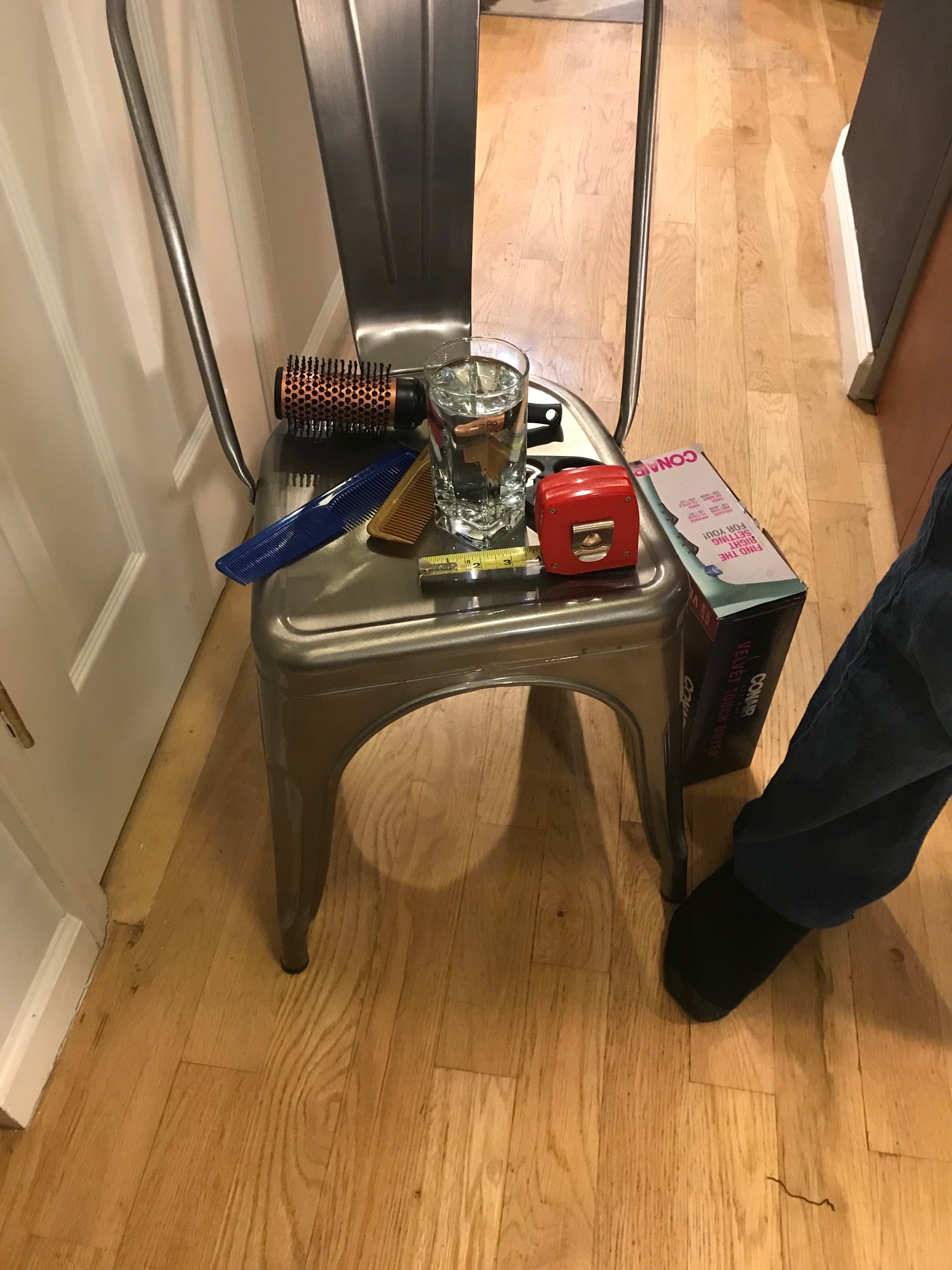 Do I live in the lap of luxury or what? Seriously, contain your jealousy.

After doing an initial hair assessment that took all of six seconds, we agreed to cut off four inches. I said a quick prayer before wetting and combing my hair through. I wanted to hack off four inches and had Chris use a tape measure to eyeball it before sectioning my bottom layer of hair off. Then he started snipping away. As soon as I saw the first clumps hit the floor, I knew there was no coming back from this. 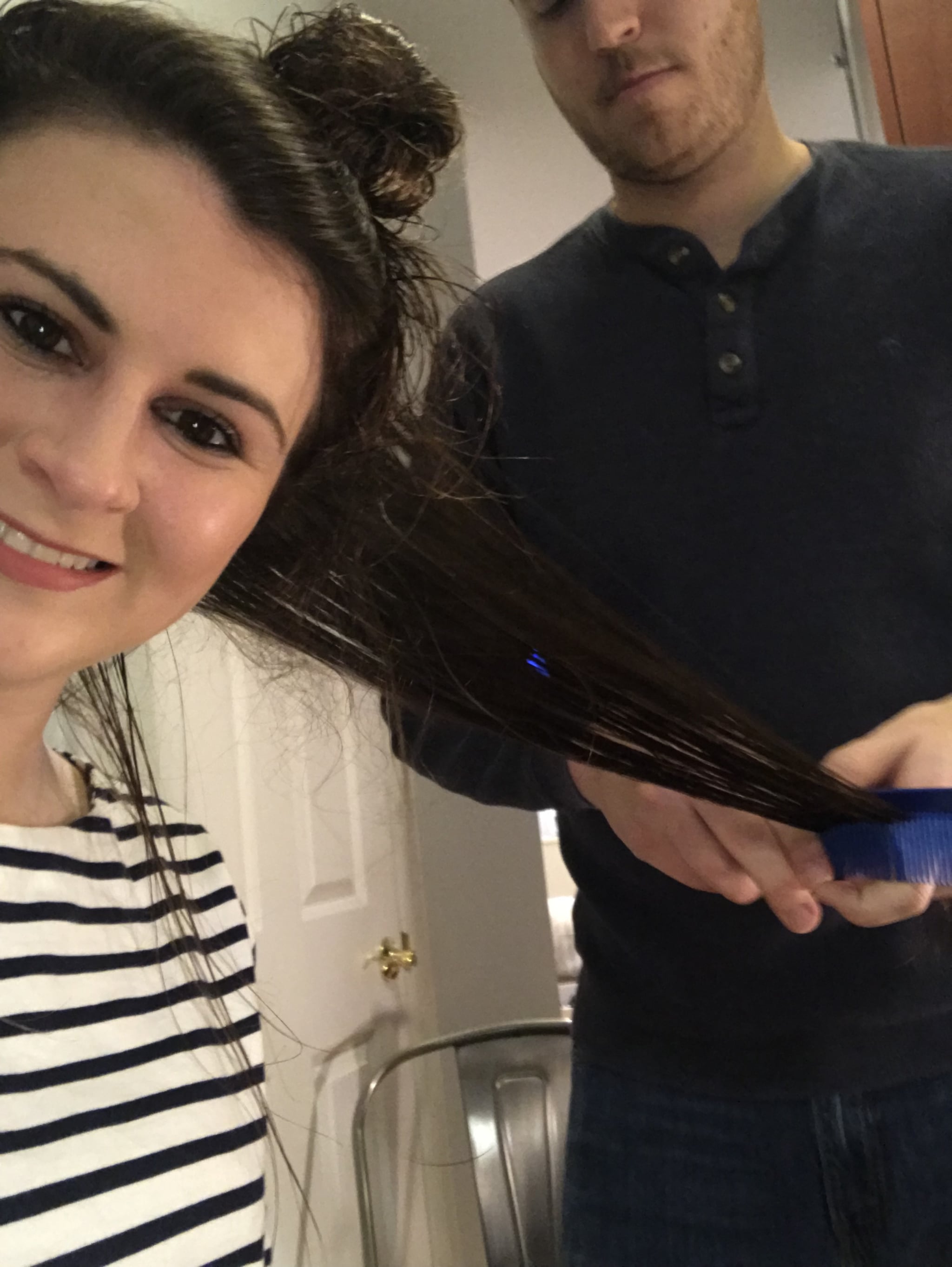 I'm going to shoot it to you straight: the bottom layer of hair was a breeze to deal with. I put the rest of my super-knotty hair in a bun at the top of my head, and the rest was history. He needed to go back and clean up some of the uneven ends, but it was going, dare I say, relatively well.

Until it was time to deal with the rest of my hair, that is.

Figuring out how to attack the rat's nest of dead ends piled on the top of my head was tricky. I remember hairdressers would cut some of the hair right in front of my face. I recall this vividly because, like clockwork, I would want to furiously scratch my nose — and couldn't — the second the hairdresser got to work on that particular section. It's truly a terrible feeling.

Chris and I decided there was only one option: to comb the remaining section of hair in the front of my face and go at it. And I'd be lying if I didn't have a myriad of concerns during that particular five-minute period of my life. I almost turned back, but my bravery (and hatred of the salon) prevailed.

After cringing through the rest of my cut, I was finally done. All that was left was evening out the sides, which I'll admit almost took as long as the haircut itself. But, hey, it's important, because you can't show up to work totally lopsided, right? When all was said and done, I was pretty impressed with Chris's handiwork. My hair felt about million times healthier and and I got to watch TV and play with my cats throughout the whole half-hour saga. Win-win! But seriously, although I was initially nervous to leave my hair's fate in my fiancé's hands, he pulled it off in a huge way while staying totally calm. Seems like a pretty good guy to marry, if you ask me. 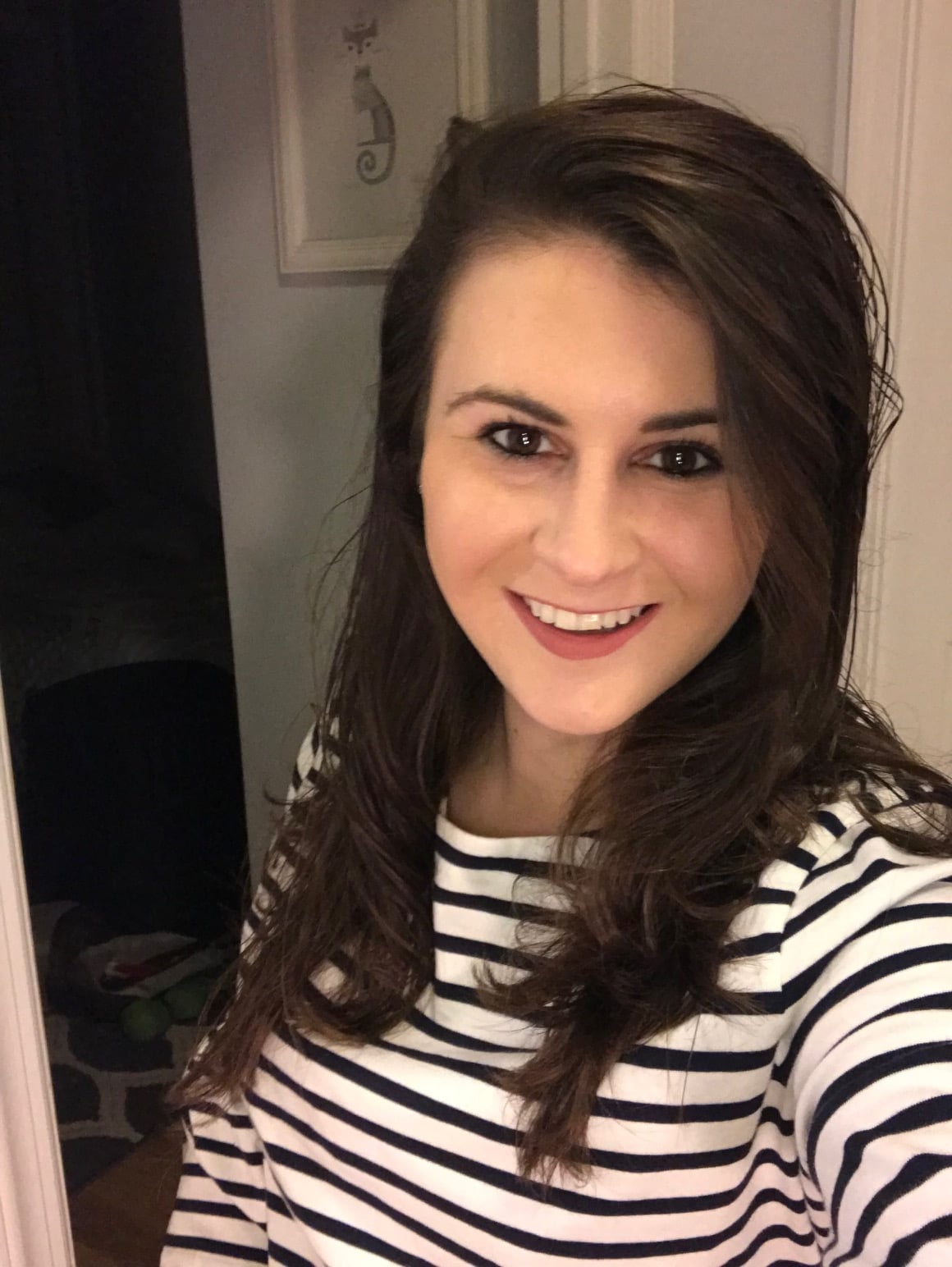