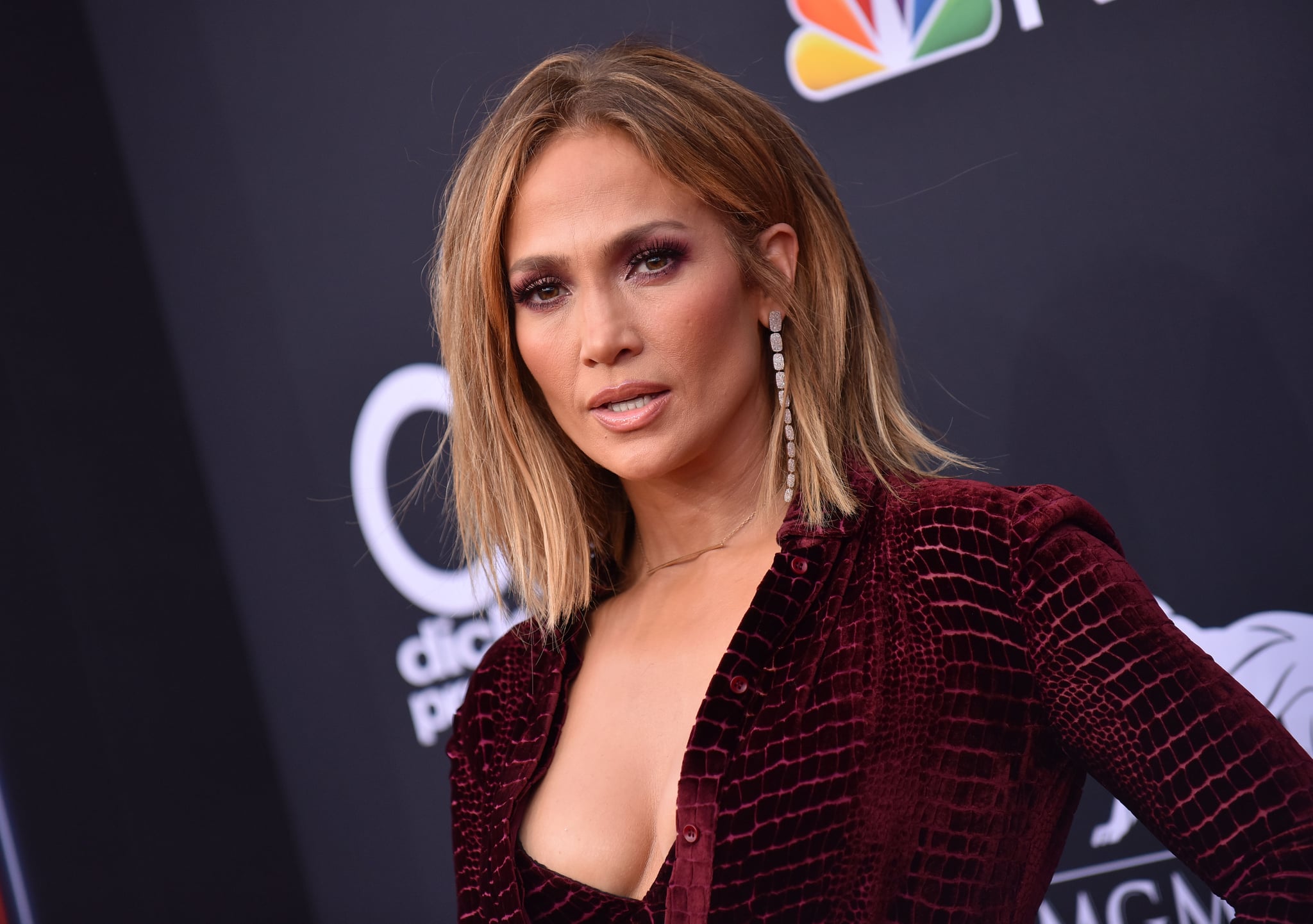 While I was hoisting myself into skinny jeans and a four-year-old "going out" top from Zara, Jennifer Lopez was having quite the Saturday night. Not only did the singer/dancer/actress/everything show up to the Billboard Music Awards in a crocodile-effect Roberto Cavalli bra and skirt set, but she also performed her new single "Dinero" for the first time on TV. To punctuate the occasion, J Lo made dollar bills rain on the audience. Another place she flexed the money motif was on her manicure, which was made with actual $100 bills.

Celebrity nail artist Tom Bachik did a totally normal thing and glued pieces of Benjamins on to J Lo's mani. This little news item was confirmed by Tom's own Instagram page, which he captioned "It's All About the #Dinero 💰💅🏻 for our girl @jlo." In a series of hashtags, Tom assured us that the appliques were "#notadecal." To paraphrase the ultimate slow jam, J Lo's 2001 Ja Rule collab, they're real.

Related:
Jennifer Lopez Wants You to Know This About Her Beauty Line: "There Is More Than 1 Shade of Nude"

Celebrity Interviews
Billie Eilish Reveals How Her Synaesthesia Led to the Creation of Her New Perfume, Eilish
by Kelsey Castañon 9 hours ago