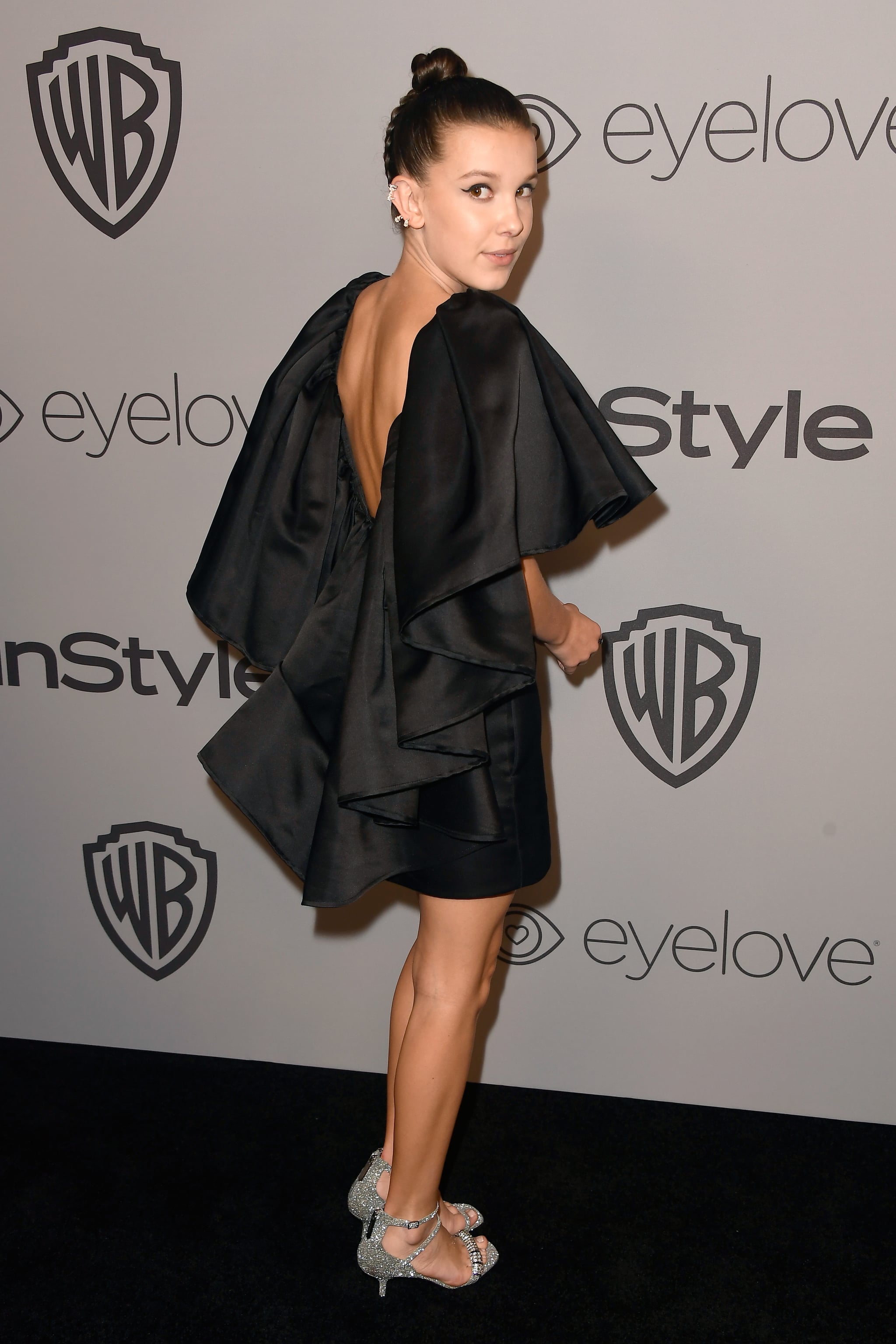 Millie Bobby Brown is the coolest 13-year-old ever, and she's proven that point once again with her recent tweets. Not only is she a crazy-good actress, responsible for everyone's favourite Netflix character, but she's also wise beyond her years and often shares inspiring messages with her fans.

i miss my shaved head

This weekend, Millie took to Twitter to share her many thoughts. Among tweets about how great sleeping is (preach), she spoke about how empowering it was to shave her head. Her first tweet simply shared how much she missed her shaved hair, and even though Millie loved her hair at the Golden Globes (and we continue to obsess over it), she said on Twitter that her shaved hair made her feel empowered. Her experience made her realise that you don't need hair to be beautiful.

shaving your head is so empowering. You don't need hair to be beautiful. You are beautiful with or without. I learnt that too x

Millie followed this by sharing a video of her hair transformation for the role as Eleven in Stranger Things, with the message that afterwards, she wasn't able to hide behind her hair like she used to. She ended her series of inspiring tweets by saying, "As I looked in the mirror I realised I had one job to do. Inspire."

Millie's words encouraged her followers to share their own photos and experiences of shaving their hair. One 7-year-old fan in particular was inspired to shave her hair after seeing Millie's. Her mum shared the story and photos of her daughter dressed as Eleven for Halloween. When she asked what she wanted to do with her hair on the day, the daughter replied, "Shave it!", and that's exactly what happened. The mum said that Millie's character of Eleven means a lot to her.

My 7 year old wanted to be Eleven for Halloween. When I asked her what she wanted to do with her hair she just said, "Shave it," with a straight face. So we did. She LOVES Stranger Things and the character you play means a lot to her. 🖤 pic.twitter.com/63dUGYqcZx

The day I shaved my head was the most empowering moment of my whole life. The last strand of hair cut off was the moment my whole face was on show and I couldn't hide behind my hair like I used to. As I looked in the mirror I realized I had one job to do. Inspire. pic.twitter.com/k65c7dGId1