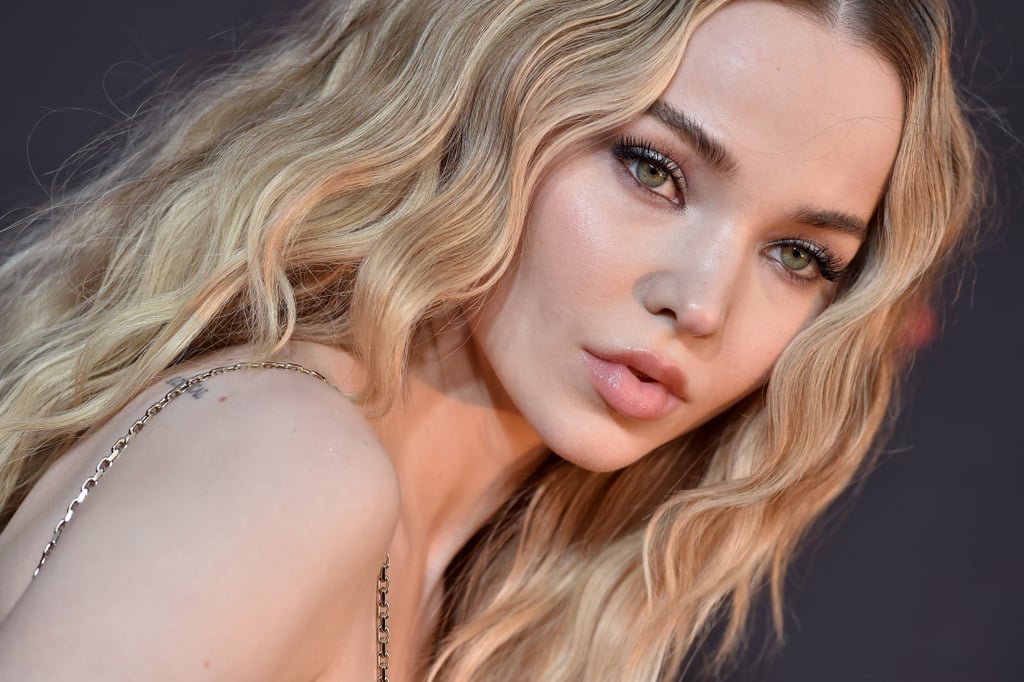 Dove Cameron Got 2 New Tattoos on Her Wrists That Are So Delicate, You Almost Miss Them

Dove Cameron has added two new delicate tattoos to her ever-growing collection. The actress stopped by Bang Bang Tattoo in New York City on Sept. 16 to get tatted by one of the most beloved artists in Hollywood, Dragon. Cameron, who already has over 16 pieces of ink, got the words "Celestial" and "Body" tattooed on the top of each of her wrists.

Dragon shared a few photos from their time together on Instagram and captioned the carousel of images, "@dovecameron it was an honour to work for you. Hope to see you soon again. Thank you👍🏻☺️." He also shared some behind-the-scenes snapshots on Instagram Stories from the tattoo session, including the stencils for the wording and the placement process where you can see faint lines of blue ink on Cameron's wrists proving just how meticulous the artist is.

Cameron is a big fan of meaningful tattoos, especially of phrases. The Powerpuff Girls star has "candy is dandy" tattooed on her inner arm in memory of her late father and "Matière D'étoiles," which translates to "Star Stuff," on her ankle to represent a bedtime story her mom told her as a child.

While she hasn't confirmed the meaning behind the new ink, a celestial body/object is a naturally occurring structure or thing in the universe, and it probably holds significance to her.