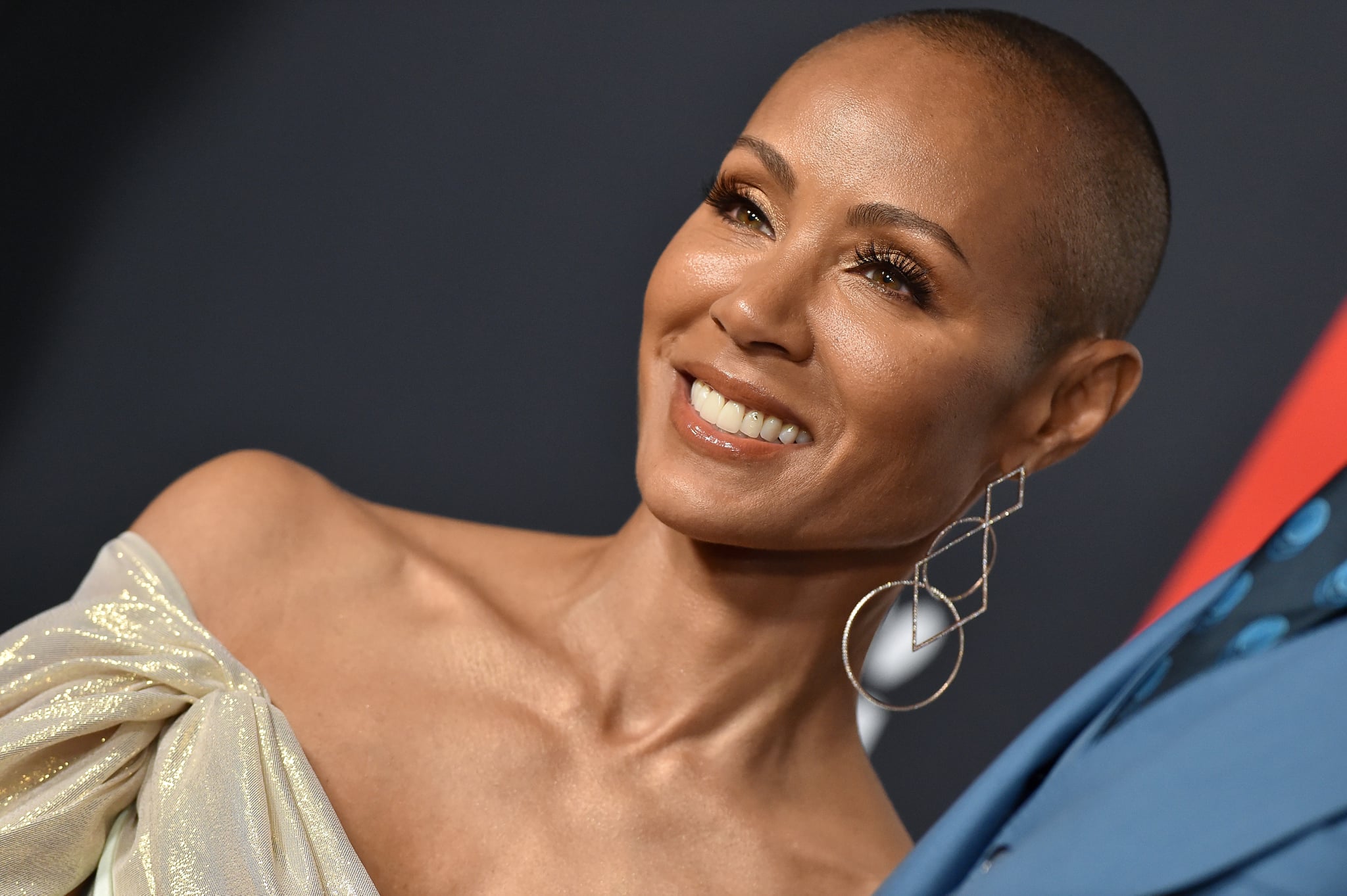 Jada Pinkett Smith is known for being an open book. On 28 Dec., the star shared a little update via Instagram on her journey with alopecia, an autoimmune disorder that causes hair loss. "Ya'll know I've been struggling with alopecia," Pinkett Smith said at the start of the 40-second video.

In the clip, Pinkett Smith can be seen with no makeup on (skin looking radiant as ever) in a ripped hoodie while she runs her hand over her buzz cut. The topic of the video is a faint line on the top of her head that "all of a sudden one day" appeared. "Now this is going to be a little bit more difficult for me to hide, so I thought I'd just share it, so ya'll not asking any questions." She then mentioned embellishing the spot with rhinestones. "I'm just gonna make me a little crown — that's what mama's gonna do." In the caption, she added: "Mama's gonna have to take it down to the scalp, so nobody thinks she got brain surgery or something😜 Me and this alopecia are going to be friends . . . period!😆"

Back in July, Pinkett Smith and her daughter Willow got matching buzz cuts, which they showed off in a sweet photo on Instagram. "Willow made me do it because it was time to let go BUT … my 50's are bout to be Divinely lit with this shed❣️😜" she wrote in the caption.

Pinkett Smith's experience may not seem groundbreaking, but her openness is helping normalise discussion around the once-taboo or "embarrassing" topic of hair loss, especially for women. Watch the full video ahead.