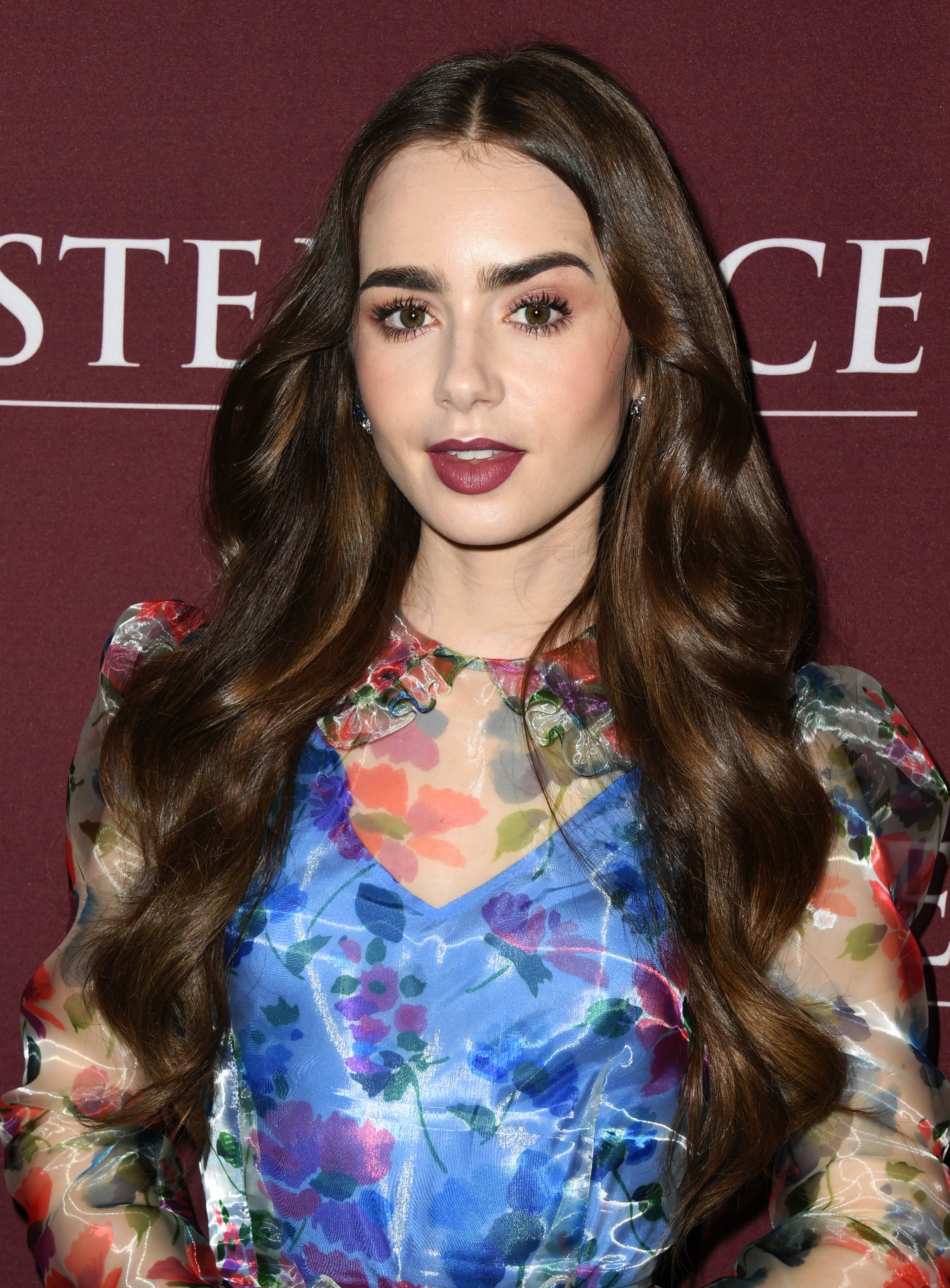 It looks like Lily Collins is embracing the French beauty aesthetic both on and off the screen. The Emily In Paris star just debuted a new haircut on Instagram for the show's press day on 29 Nov. in Los Angeles. Collins, who had her hair pulled back in a low bun with the freshly trimmed fringe hanging down past her eyebrows, captioned the photo, "New bangs, old habits," and put to rest any rumours that the fringe may be fake by adding: "Yup, they're real!"

Costar Ashley Park accompanied Collins in the first photo that she posted before she gave fans a closer look at her new hairstyle in a second picture. Hairstylist Gregory Russell created the face-framing, "bangin'" look, as Collins called it. Season two of Emily In Paris is out 22 Dec., and it's clear that the Parisian chic lifestyle is rubbing off on Collins. Maybe we'll even see Emily rocking this look in season three.

Related:
OK, Can We Talk About Lily Collins's Brows in Emily in Paris?