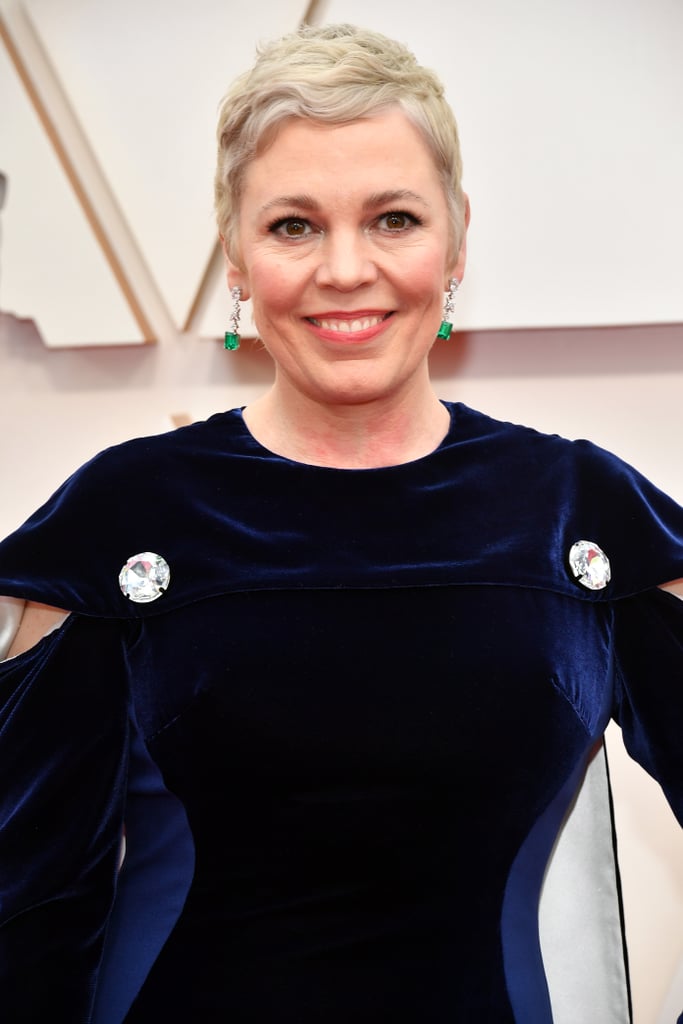 Imagine you're getting ready to walk the red carpet at the Oscars. You might consider a manicure switch-up or a last-minute change in makeup plans, but you probably wouldn't consider a drastic hair colour change, especially going from brunette to blonde just hours (three to be exact) before the big event. Well, Olivia (daredevil) Colman did.

Hairstylist Marcus Francis and colourist Jessie Stella Verroca took on the challenge and captioned the journey on Instagram, "Nothing like a major change the DAY of the Oscars 🙃". We couldn't have said it better ourselves, to be honest. Fans are absolutely loving the dramatic colour change for Colman. "OMG I AM NOT OK. BLONDE OLIVIA COLMAN WHAT A TIME TO BE ALIVE," one fan tweeted during the ceremony. Some people even think it might be a clue of what her next big role might be. Thankfully, Francis shared plenty of behind-the-scenes photos, as well as the key products he and Verroca used.

For the colour, Verroca used Redkin and Wella to turn Colman platinum blonde. After the colour had been successfully transformed from brunette to icy blonde (phew!), Francis used a new haircare brand called Better Natured to both style Colman's hair and add back some much-needed moisture after the harsh bleaching process. On towel-dried hair, Francis applied Better Natured Reshapeable Heat Lotion and a few spritzes of the Beach Texture Spray. Then, using his hands and his hairdryer on the lower heat setting, he sculpted her hair into soft waves, and voila! The icy queen was born.

Read on to see all of the best photos and behind-the-scenes shots from the daring transformation (which certainly paid off!) and some of best fan reactions to her new look.

British Celebrities
Daisy Ridley Doesn’t Hold Back on Her Celebrity Bake Off Experience: “It Was Actually Painful”
by Kara Kia 8 hours ago