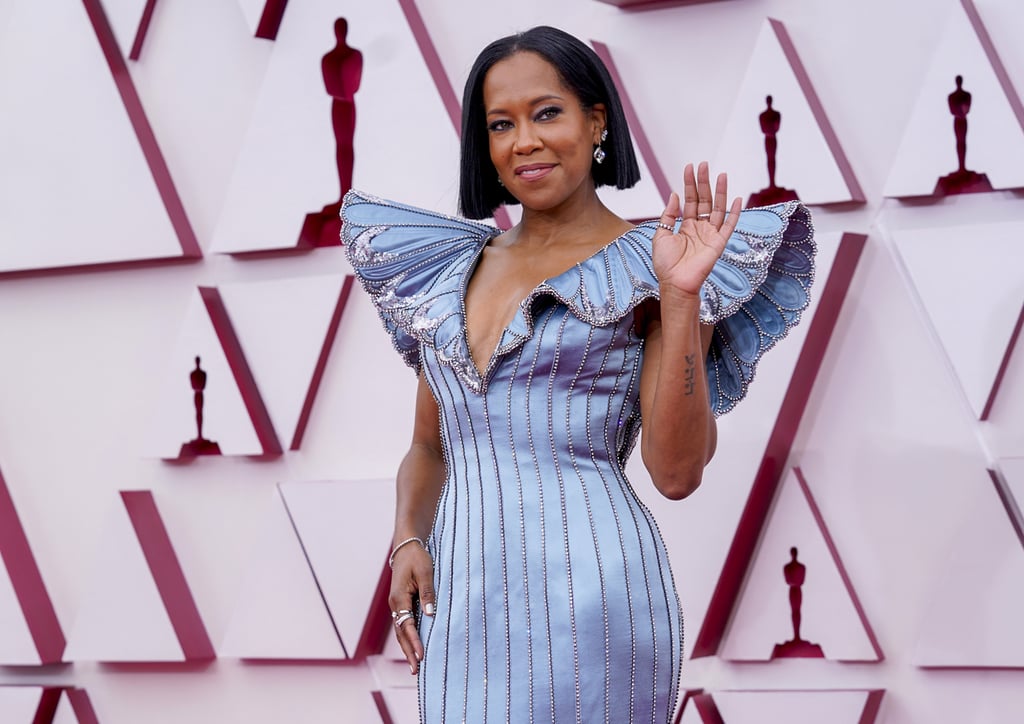 Regina King has been having an incredible award season, and that's not just because of all the recognition her feature directorial debut One Night in Miami has been getting. The actress's looks have dominated just about every virtual award show red carpet that's taken place so far from the waist-length ponytail she wore during the Critics' Choice Awards to the two-toned box braids she wore at the Costume Designers Guild Awards, and she definitely didn't pull any punches at Sunday night's Academy Awards.

King appeared at the Oscars this weekend wearing one of spring's sexiest hair trends, the "flob." As we've reported before, the flob (or flat bob) is a blunt bob that's worn sleek and straight with a middle part. King's chin-length cut — which was the handiwork of hairstylist Larry Sims — looked very simple and paired extremely well with the custom, pastel blue Louis Vuitton gown she wore that basically made her look like real-life butterfly on the red carpet.

Check out her entire look from every angle ahead.

Hair
This Hair Tutorial Has More Than 2.3 Million Likes on TikTok, So I Tried It
by Renee Rodriguez 2 days ago