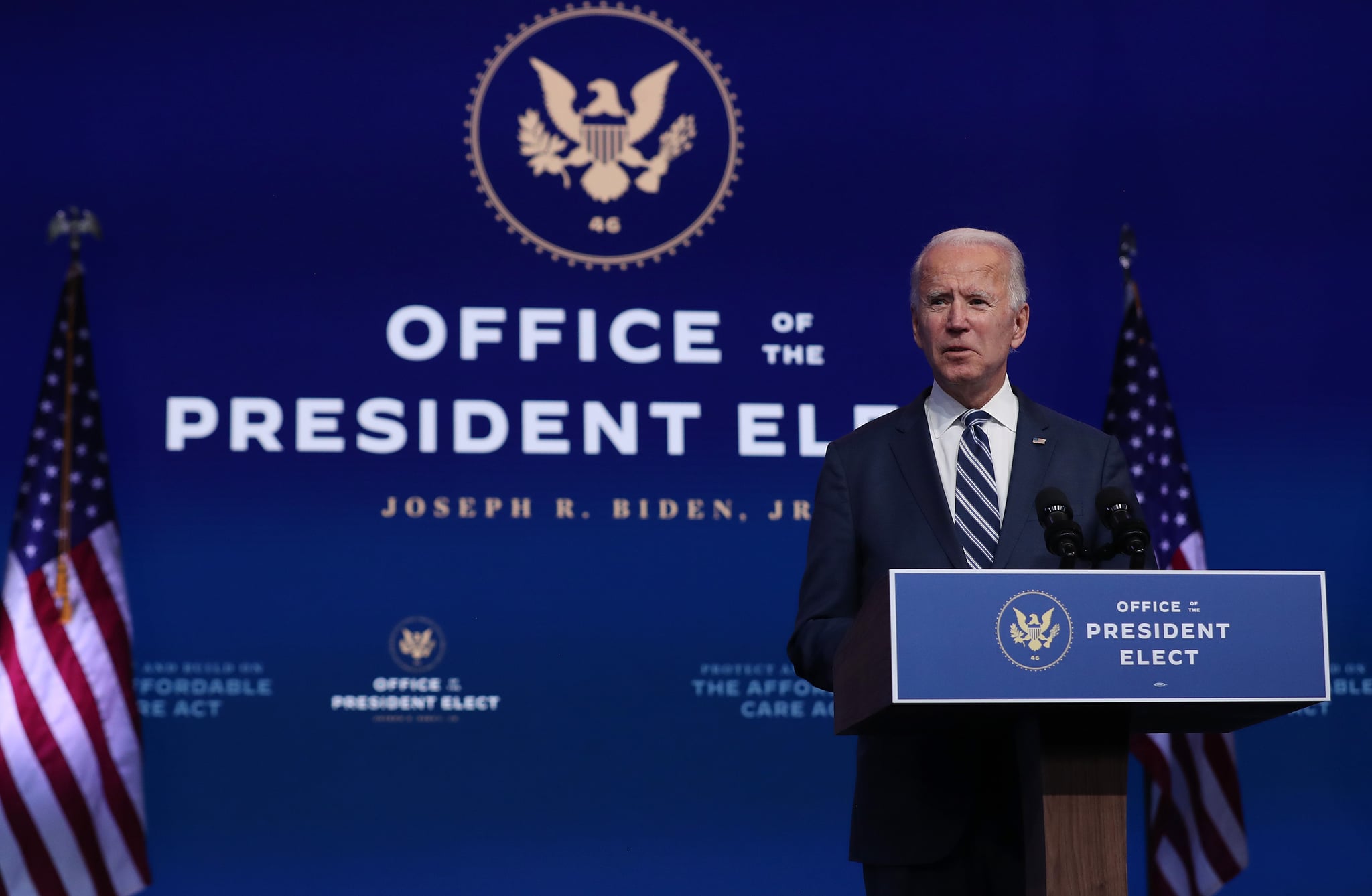 President-elect Joe Biden got a lot of attention at the beginning of the COVID-19 pandemic when he called on Congress to forgive a minimum of $10,000 of federal student loans per borrower as part of a coronavirus relief bill. The legislation was proposed by four senators, including Senate Minority Leader Chuck Schumer and Senator Elizabeth Warren. It called for the cancellation of monthly student loan payments for the duration of the crisis and for the US Department of Education to make payments on behalf of federal student loan borrowers, with a guaranteed $10,000 payoff.

While that plan never came to fruition — instead, federal student loans have accrued no interest during this time, and there's been a freeze on payments and collections — Biden has since pledged to immediately cancel a minimum of $10,000 of federal student loan debt as part of his COVID-19 response. And with the Georgia Senate runoffs now decided and Democrats taking control of both chambers of Congress, the path toward student loan forgiveness seems clearer than before. So, what else can borrowers expect after Biden takes office?

Cancelling $10,000 of federal student debt will likely be considered first, as the current relief package is set to expire on Jan. 31. But in addition to COVID-19 relief, Biden has signaled support for forgiving student loans completely after a period of time, depending on the type of loan and the borrower's income and payment history. During the campaign, he pledged to forgive all undergraduate tuition-related federal student debt incurred at two- and four-year public colleges, or private historically Black colleges and universities and minority-serving institutions, for debt holders earning up to $125,000 a year. (Note that this excludes loans for things like room and board.)

Related:
There's a Lot of Talk About Joe Biden's First 100 Days — Here's Why They're Important

Additionally, under Biden's plan, individuals who make $25,000 or less wouldn't be required to make payments on their undergraduate federal student loans, nor would those loans accrue interest. Everyone above that cutoff would pay five percent of their discretionary income — that's the leftover income after taxes and essential spending, like housing and food — toward their loans. After 20 years, the remainder of the loans for people who have "responsibly made payments" would be forgiven. This means those whose income never went above $25,000 would have their loans forgiven without ever needing to make payments. Biden also wants to change the tax code so debt forgiven through his plan won't be taxed.

That's Biden's plan for individuals. For public servants, such as government employees, he would extend relief even further. While there's already a Public Service Loan Forgiveness Program, Biden claims it's "broken." In 2019, a government watchdog report found that 99 percent of the program's applicants had been denied. In 2020, another report found that borrowers who had been certified as eligible for the program were later reconsidered and rejected. Biden plans to create a new program that would offer $10,000 of undergraduate or graduate student debt relief for every year of national or community service, up to five years.

So, what does this all mean for borrowers with loans to pay? Unfortunately, nothing yet. The Democratic party holds a narrow majority in the Senate, and while some have suggested that Biden could bypass Congress by working with the Department of Education to suspend student loans, he hasn't said that he would take that path. However, it's clear that student loan forgiveness is a priority for Biden. "They're in real trouble," Biden said at a press conference following the election, referring to student loan borrowers. "They're having to make choices between paying their student loan and paying the rent, those kinds of decisions. It should be done immediately."