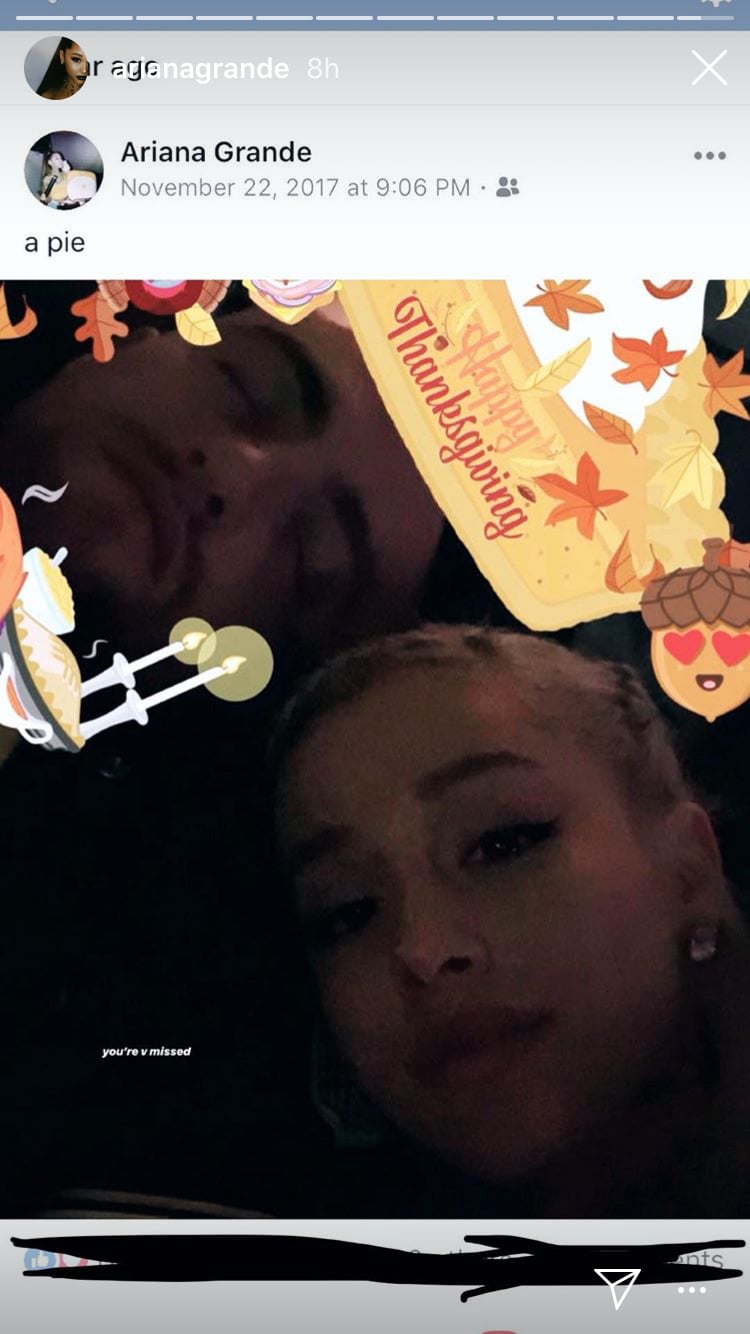 As stars expressed all the things they are thankful for this Thanksgiving, Ariana Grande took to Instagram to share a touching tribute to her ex-boyfriend Mac Miller, who sadly passed away on Sept. 7. On Thursday, the 25-year-old singer shared a sweet photo of herself and Mac — which appears to have been taken a year ago — writing, "you're v missed."

Of course, this isn't the first time that Ariana has paid tribute to Mac. Following his untimely death, she shared a personal photo of the rapper, as well as a heartbreaking video of the former couple joking around, writing, "I adored you from the day I met you when I was nineteen and I always will." Since then, she also seems to have adopted Mac's dog, and referred to him as an "angel" in her latest hit song, "Thank U, Next."

Celebrity Style
She May Be a Fancy Fashion Designer Now, but Victoria Beckham Can Still Conjure Posh Spice
by Kelsey Garcia 9 hours ago