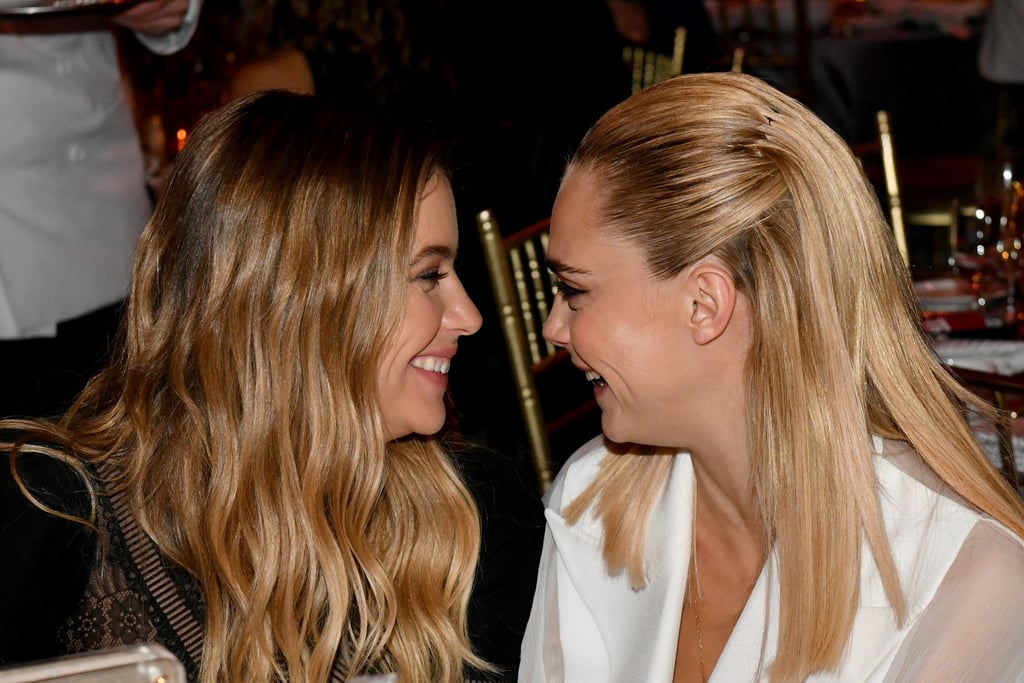 It's official: Cara Delevingne, 26, and Ashley Benson, 29, are a couple! Delevingne publicly confirmed their romance for the first time on June 14 by sharing a video of her kissing the Pretty Little Liars star in celebration of Pride Month. The clip was shot when the two were filming for the 2018 drama Her Smell. "#Pride," Cara captioned the post, followed by rainbow and heart emojis. She also tagged Benson, who commented three heart emojis under the clip.

During the TrevorLIVE Gala on June 17, Delevingne opened up to E! News about why she decided to confirm their romance. "I don't know because it is Pride, it's been 50 years since Stonewall happened and I don't know," she told the outlet. "It's been just about our one-year anniversary so, why not?" Though they've been together for a year, Cara still isn't putting a label on their romance. When asked if her video post meant that they were Instagram official, she replied, "Sure, I don't like the official thing, but it's a little something."

Dating rumours about Cara and Ashley Benson — who met on the set of Her Smell — have been circulating for quite some time. Last May, they were seen at a Lauryn Hill concert together and were spotted kissing at a London airport in August. Those rumours continued to swirl when fans also noticed Benson wearing a necklace with the initials "A" and "C" in an Instagram post and wondered if the letters stood for their names. Back in September, Delevingne also posted a photo of herself wearing a shimmery Balmain ensemble at TIFF, and Ashley simply commented, "Mine." Ashley later posted on her Instagram story that her account was hacked, but didn't specify whether or not that particular comment was really her.