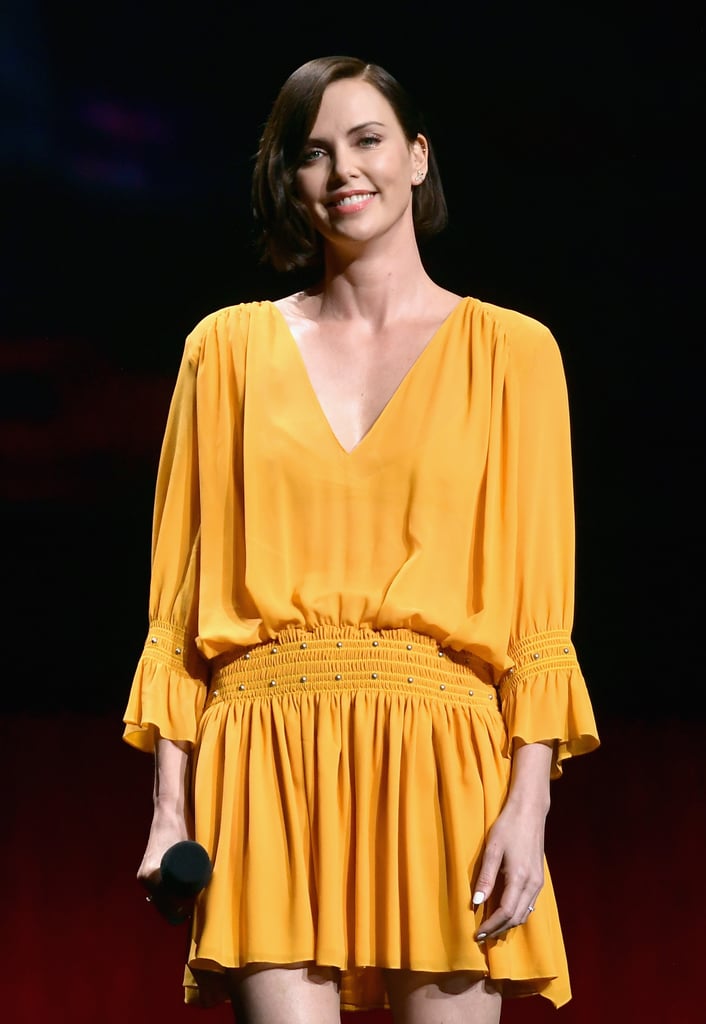 If you're sexy and single yet nobody asks you out, you're not alone. In fact, you're in the same boat as Charlize Theron! While promoting her upcoming film Long Shot in Las Vegas on Thursday, the stunning and statuesque Oscar winner announced that not only is she "shockingly available," but that she's also disappointed that someone hasn't had the courage to change that. "I've been single for 10 years, it's not a long shot," Charlize told Entertainment Tonight at CinemaCon. "Somebody just needs to grow a pair and step up." At that point, her Long Shot costar Seth Rogen chimed in. "She's shockingly available. She's out there," he added, to which Charlize insisted that she's "made it very clear."

The actress and mother of two was last linked to Sean Penn; they called off their engagement in June 2015 after two years together. Prior to that, Charlize was in an eight-year relationship with actor Stuart Townsend. Most recently, she was rumoured to be dating newly single Brad Pitt — and even though the reports were shot down, I still think they'd make a great couple. Here's hoping that someone gets brave enough to ask Charlize out!