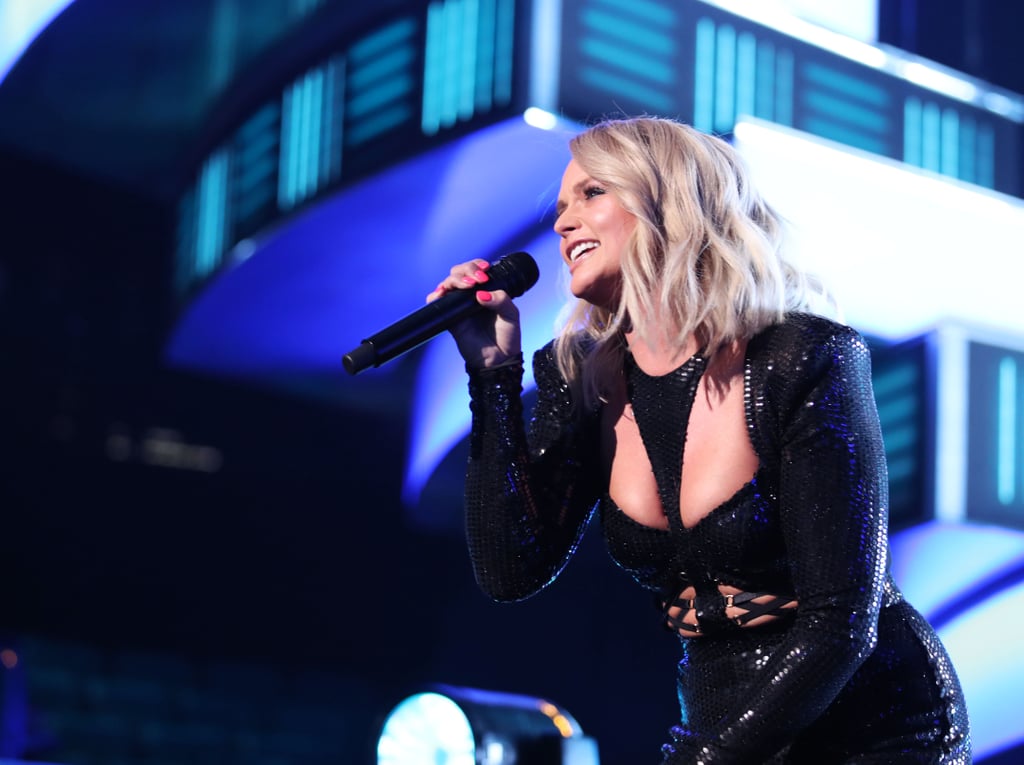 Miranda Lambert seemingly referenced her high-profile split from Blake Shelton onstage during the 2019 Academy of Country Music Awards — and yes, Blake was in attendance. While performing a medley of her hits, the singer changed a line in "Little Red Wagon" from "I live in Oklahoma" to "I got the hell out of Oklahoma." The edit is an apparent dig at Blake, who is from Oklahoma. Blake and Miranda also shared a residence in his home state during their marriage.

The fact @mirandalambert actually said I got the hell out of Oklahoma 😂😂👏👏 pic.twitter.com/Kgxa2FpWk0

The interesting thing is, it's not the first time that's happened. At the 2018 ACM Awards, Miranda said in her acceptance speech for song of the year, "Thank you guys so much for sharing my broken heart with me." Blake and Gwen Stefani were seated nearby at that award show, too.

Despite the subtle shade, both Miranda and Blake have romantically moved on since their divorce in 2015 after four years of marriage. Blake and Gwen began dating a few months after his divorce was finalized, and the two have been together for nearly four years now. Miranda, meanwhile, recently married Brendan McLoughlin. In fact, the newlyweds made their first joint red carpet appearance at the eventful award show in question. See photos of both couples at the ACM Awards ahead.

Related:
These Pictures From the ACM Awards Will Make You Feel Like You Were on the First Row
Previous Next Start Slideshow
Award SeasonACM AwardsBlake SheltonMiranda LambertCelebrity Breakups