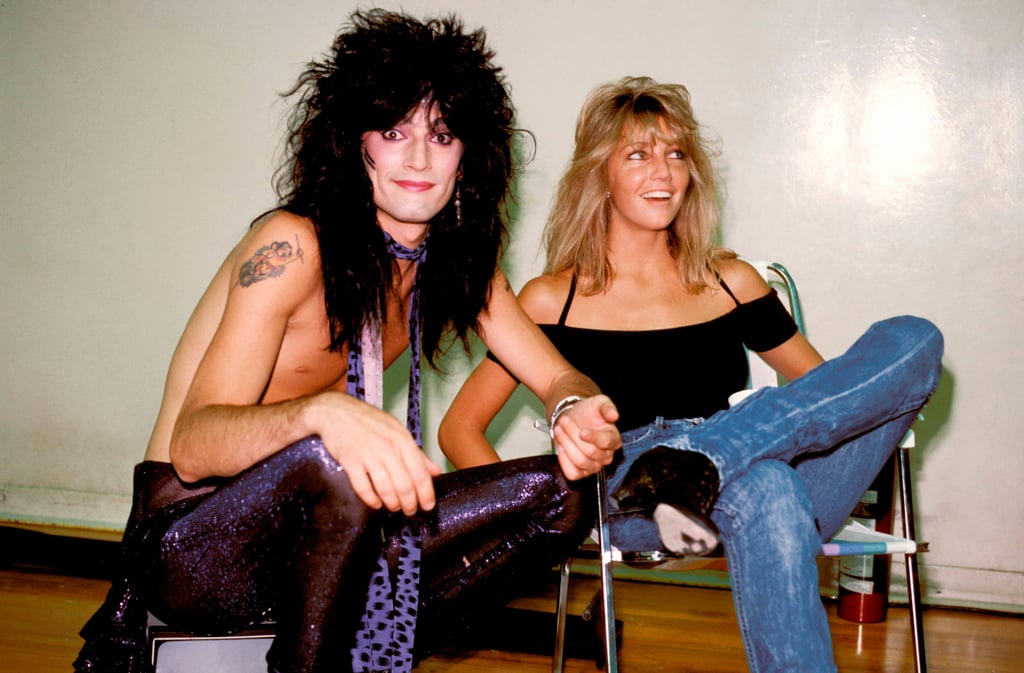 On Netflix's The Dirt, viewers get a behind-the-music look at the early days of metal band Mötley Crüe, whose larger-than-life personalities bled through to their music as much to their real lives. The band's drummer, Tommy Lee, has had some major ups and downs in his personal life, with multiple marriages in his past.

The movie doesn't actually touch on his relationship with first wife Elaine Starchuk. He dated her for a couple of years in the mid '80s, and their eventual marriage allegedly lasted for a grand total of seven days. Starchuk was (and remains) out of the public eye, but Lee's later wives were all major showbiz figures when they met Lee, meaning those relationships were highly publicized. Read on to learn more about each of Lee's wives, as well as how the marriages turned out.