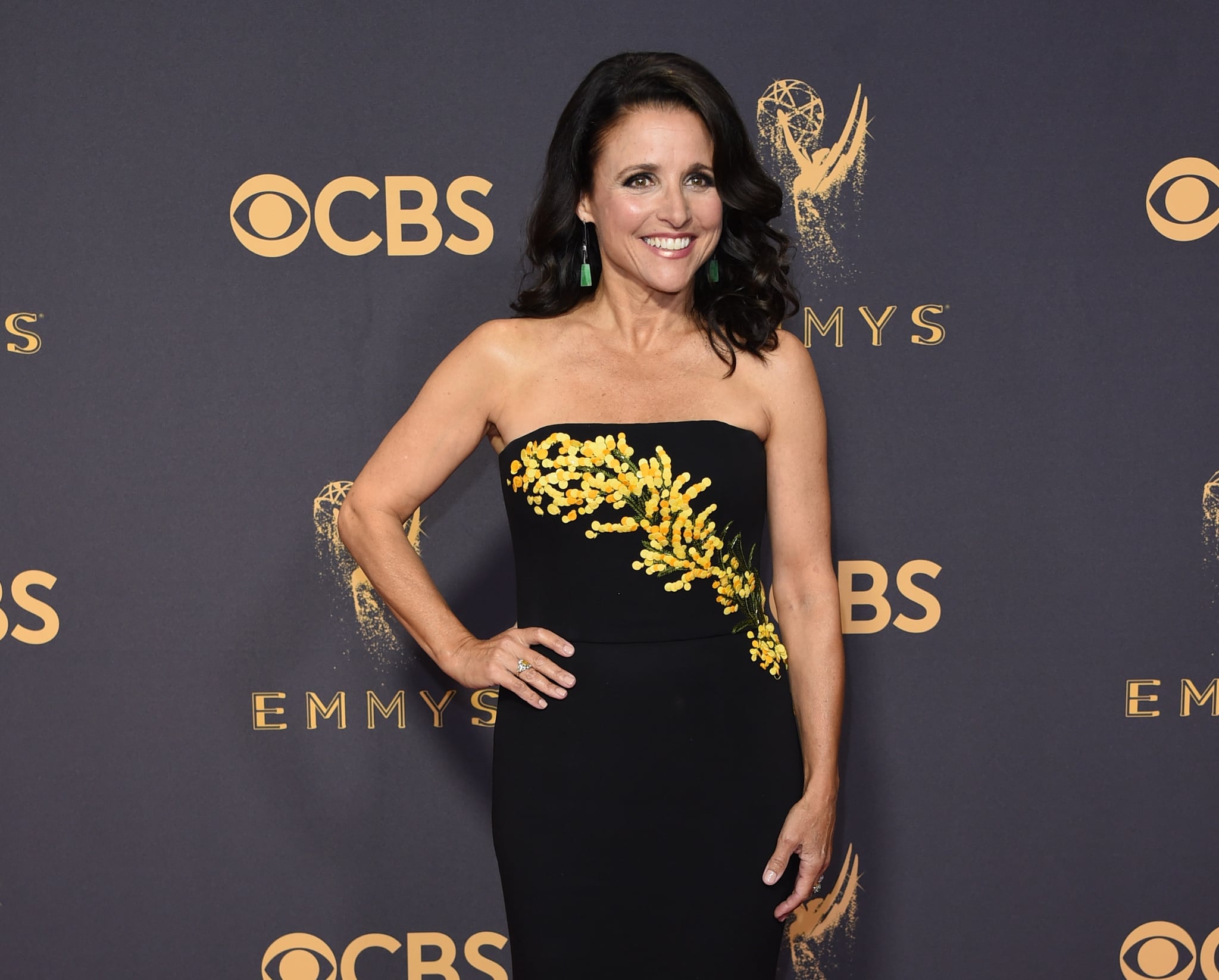 Julia Louis-Dreyfus is getting one step closer to kicking cancer's arse! After completing chemotherapy last month, the actress gave an uplifting update on her battle with breast cancer on Wednesday. "Hoorah!" she wrote on Instagram. "Great doctors, great results, feeling happy and ready to rock after surgery. Hey cancer, 'F*ck you!'" She even threw in her lovable dry humour by jokingly adding, "Here's my first post op photo" alongside an old glamour shot.

The actress first revealed her diagnosis in September, shortly after winning her sixth consecutive Emmy for her role as Selina Meyer on the HBO series Veep. Since then, she has remained in good spirits as she keeps us up to date with her treatments through funny snaps and hilarious videos from her costars.