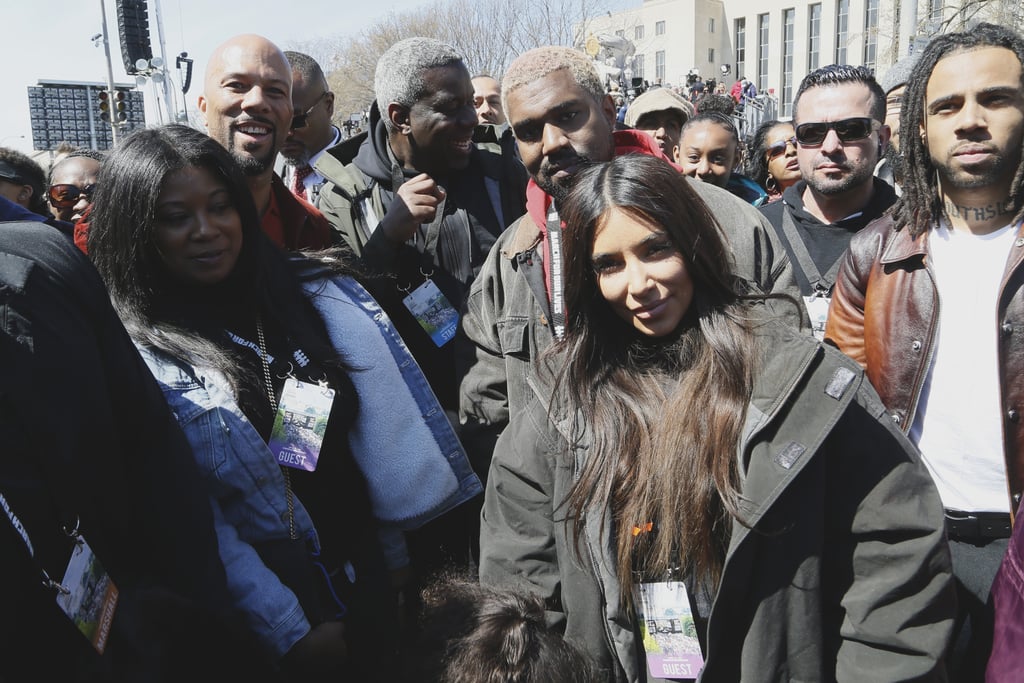 The West family is standing together against gun violence. On Saturday, March 24, Kim Kardashian, Kanye West, and 4-year-old daughter North West were among the hundreds of thousands of people protesting the need for gun control at March For Our Lives in Washington DC. Earlier in the day, Kim took to Twitter to share how excited she was to march with her family by her side, and from the smile on his face in the photos, it looks like Kanye feels the same way.

So ready to March today! Landed in DC w North & Kanye. We stand in solidarity with the survivors of gun violence & students who are calling for action on common sense gun safety laws at #MarchForOurLives around the country @AMarch4OurLives @Everytown

The family protested alongside Common and Vic Mensa in Washington DC, with tons of other celebrities showing their support in major cities across the country. "I'm so happy I got to share this moment with these two ❤️❤️," Kim captioned a sweet photo of North and Kanye. "I hope North remembers this forever." Read on to see the photos of Kim and Kanye at the demonstration, and then, check out the most powerful signs at March For Our Lives rallies across the the country.